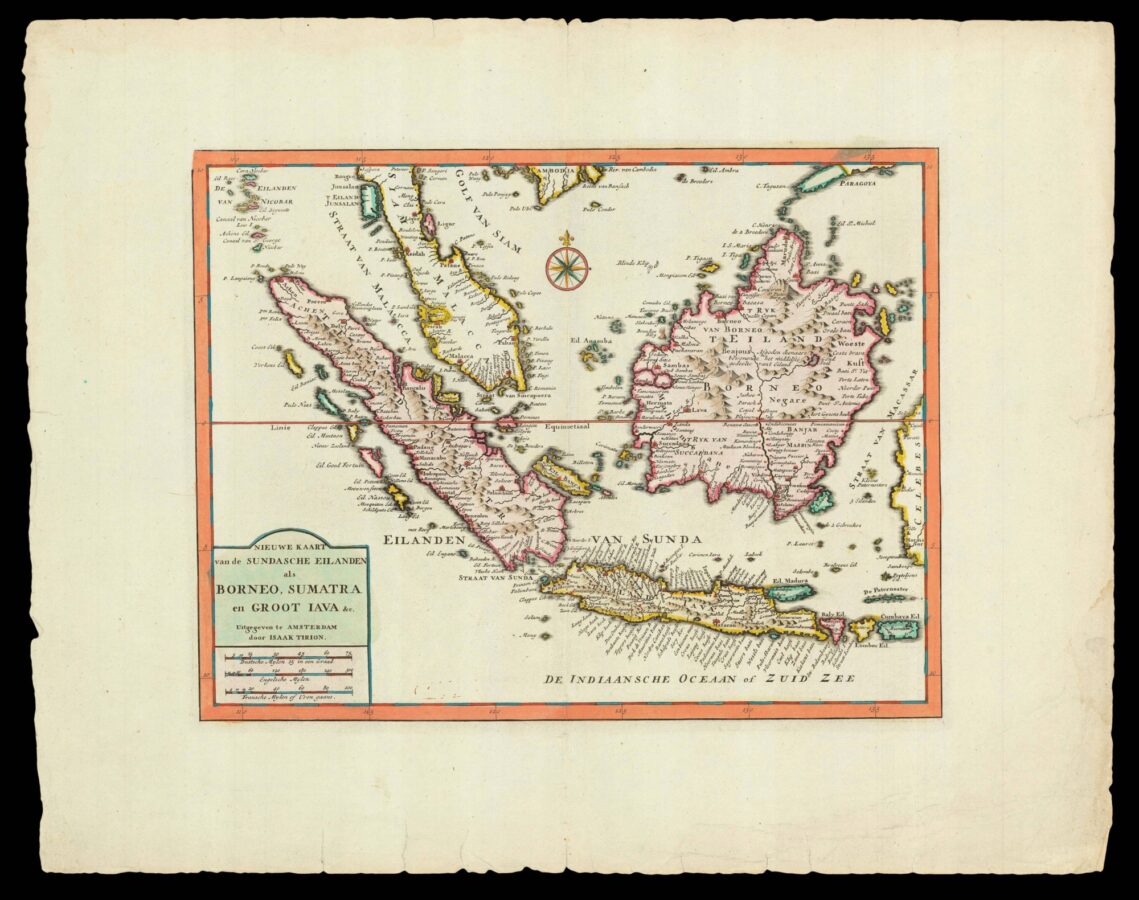 Tirion’s map of southwest Southeast Asia, including Sumatra, the Malay peninsula naming ​“Sincapoera” on the mainland, Java and a disproportionately large island of Borneo. Published in his ​‘Niewe en beknopte hand-atlas’, from 1744–1769.

Isaak Tirion (c1705-1765) was granted the privilege in September of 1728 to publish Thomas Salmon’s ​‘Modern History, or the Present State of all Nations’, in Dutch, a little over a year after his name appears for the first time in the records of the bookseller’s guild. Although he was primarily known as a bookseller, he also made a name for himself in the world of cartography, publishing a number of atlases despite the fact that he was neither a cartographer nor a geographer. His wife continued the business for about 10 years after his death.