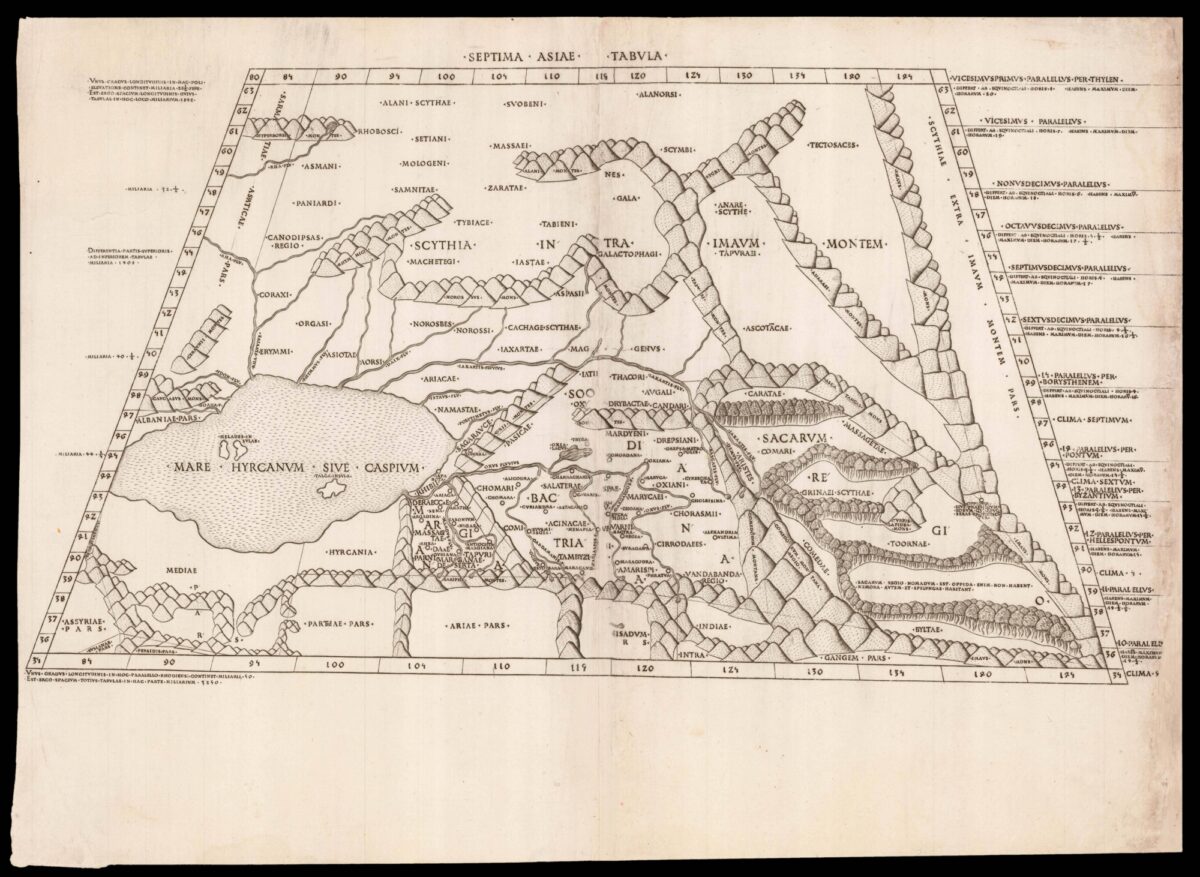 Trapezoid projection of the Caspian Sea

This striking map on a trapezoid projection shows the Caspian Sea and bordering countries.

Ptolemy’s work was the first to draw a distinction between geography and chorography: between the mapping of countries and the mapping of regions within those countries. In the latter, the mapmaker should strive to recreate as closely as possible what the landscape actually looked like, explaining the perspective views of trees and mountains in this map.