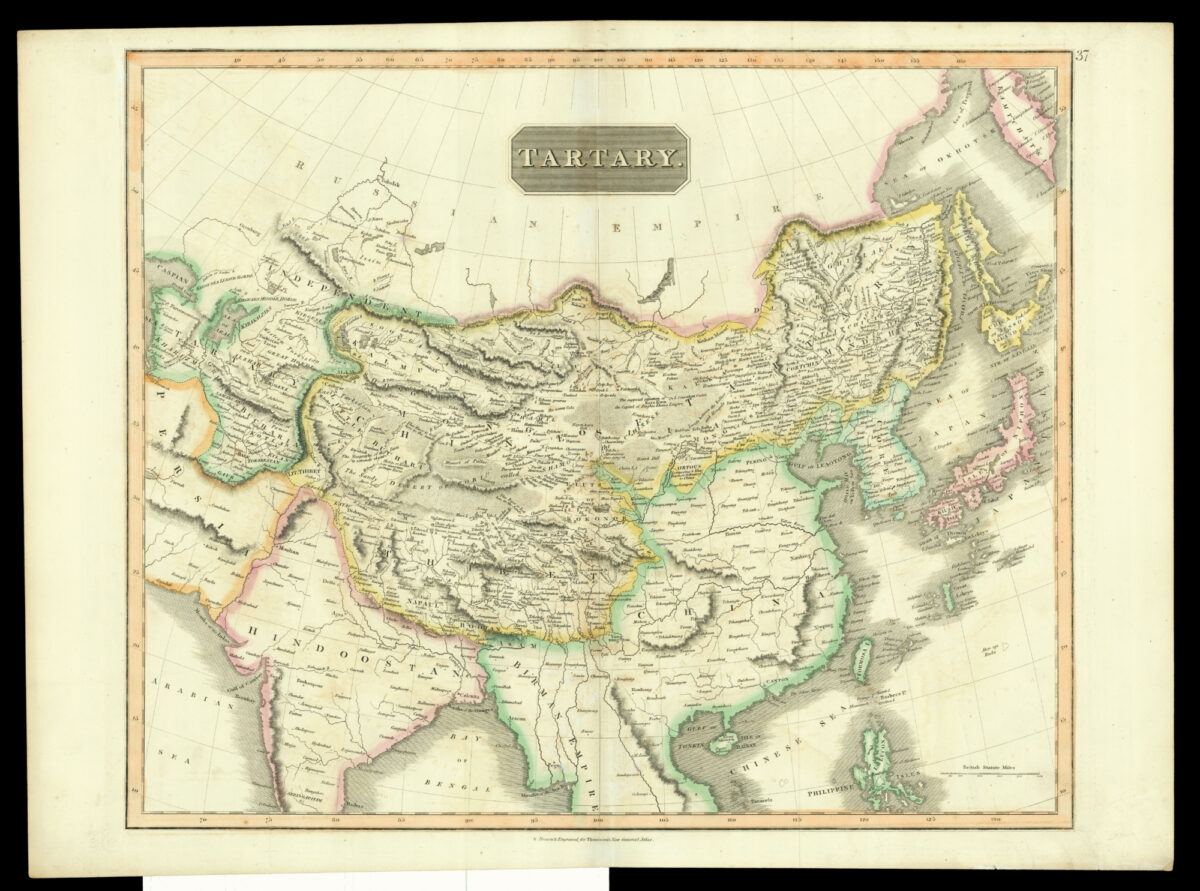 Traces of the Silk Road

A map of northern Asia and China, from Thomson’s ​‘New General Atlas’.

John Thomson (1777–1837) was a Scottish cartographer and publisher, active in Edinburgh. He published a range of geographical works including historical atlases, travellers’ guides, and materials for use in schools. Most notable of his publications was the ​‘New General Atlas’, which appeared in several editions from 1814 to 1821. Of the 56 maps compiled by Thomson for the work was one showing northern Asia and China. It is entitled ​‘Tartary’, using the name given in Western literature and cartography for the region bounded by the Caspian Sea, Ural Mountains, Pacific Ocean and northern swathes of China and India, much of which had been part of the Mongol Empire.

In the early nineteenth century, this vast area remained largely to European cartographers. A note in the Gobi Desert records ​“The Geography of these Parts is extremely obscure”, and Karakum, the supposed capital of Genghis Khan’s empire, is marked. A part of the Silk Road, from Lok Nor to China, is marked by a thin line. 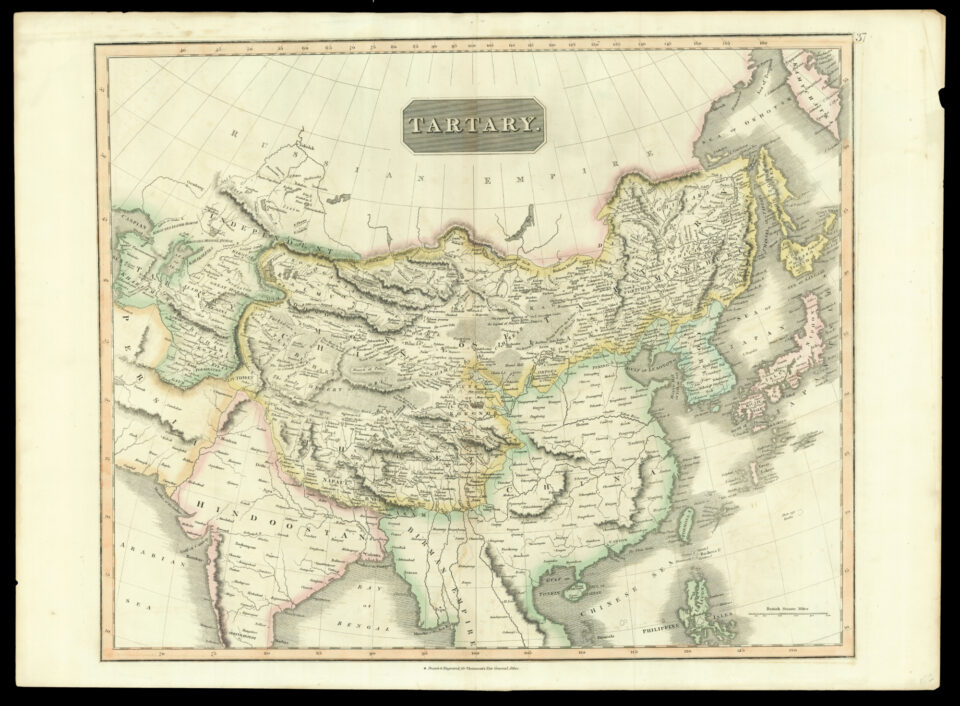 A Scottish cartographer and publisher, active in Edinburgh, John Thomson published several editions of the New General Atlas from 1814 to 1821; and the Atlas of Scotland, from 1820. Unfortunately, the high cost of producing this most detailed atlas bankrupted Thomson in 1830 and again in 1835. 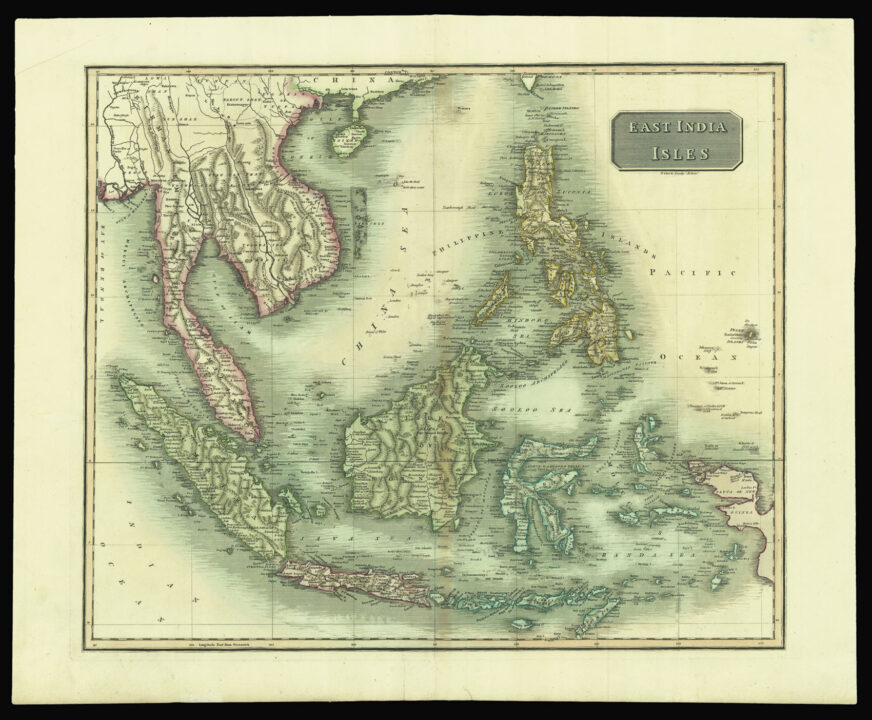