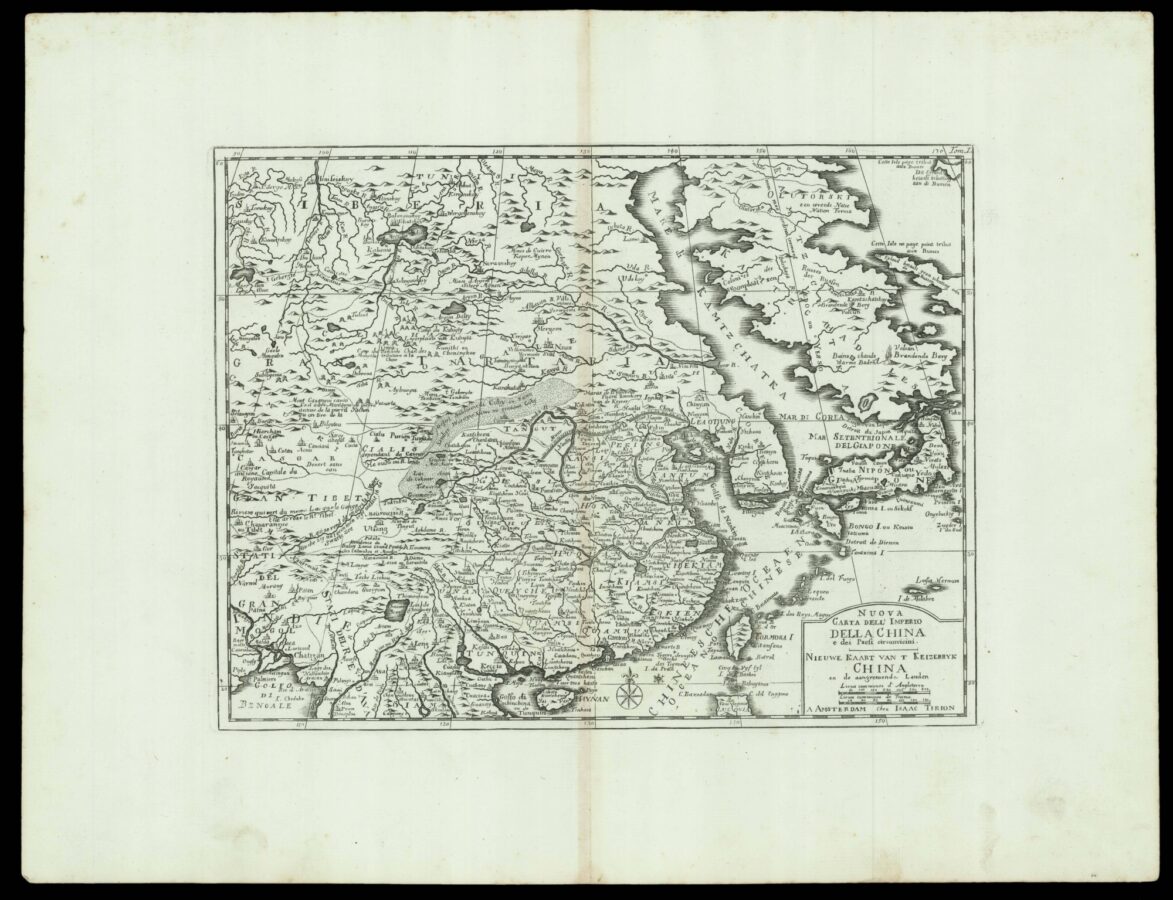 A map of East Asia including China, Japan, and Korea, an Italian edition of the ​‘Nieuwe Hand-Atlas’ by Tirion.

The map depicts the region from Tibet and India to Japan and from Siberia and the Kamchatka Peninsula to Thailand, Laos, and Vietnam. Based on a map originally created by Guillaume Delisle (1675–1726), the geographical features and places are marked in two languages French and Dutch, while the title is written in Italian and Dutch.

A few curious annotations can be discerned at various locations. A note near Potala palace explains it is the former residence of Dalai Lama. The courses of the rivers, mountain ranges, nomad camps, and the Gobi desert are appended with short comments.

The Great Wall of China is pictorially represented above ​‘PEKING’ (Beijing). Major Provinces of China are indicated in capital letters, for example, along the east coastline below ​‘PEKING’ are ​‘XANTUM’ (Shandong), ​‘NANKIN’ (Nanjing), ​‘CHEKIAM’ (Zhejiang), ​‘FOKIEN’ (Fujian) and ​‘QUANTUM’ (Guangdong). It is worth noting that ​‘FORMOSA I’, contemporary Taiwan, is shown to the right of ​‘FOKIEN’, and ​‘Macao’ (Macau) is indicated below ​‘Canton’ the capital of ​‘QUANTUM’ (Guangdong), just above the the fleur-de-lis.