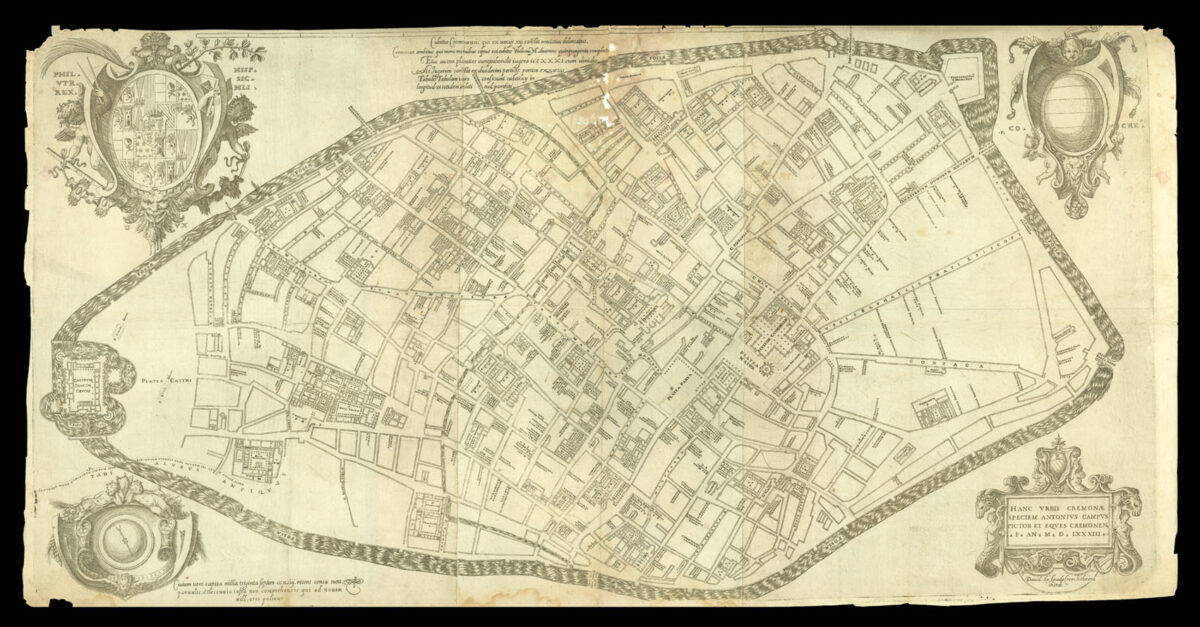 Antonio Campi (1525–1587) was a painter, architect and surveyor from Cremona. He is recorded as making a map of the Territory of Cremona in 1571, later used as a source by Abraham Ortelius; he made a second map of the region, published in 1583 and in 1585 published his Cremona fedelissima Citta et nobilissima colonia de Romani rappresentata in disegno con suo contado, et illustrata d’vna breue historia, delle cose più notabili … containing a map of the territory of Cremona and with this plan included .

In parallel, Campi published this large plan of Cremona, engraved by David de Laude, who proudly proclaimed himself a Jew.

Cremona is known as the ​“Three Ts” city: Turòon, the nougat, a typical dessert; Turàs, the Torrazzo, the large bell tower; and Tetàs, which refers to the local women bosoms …