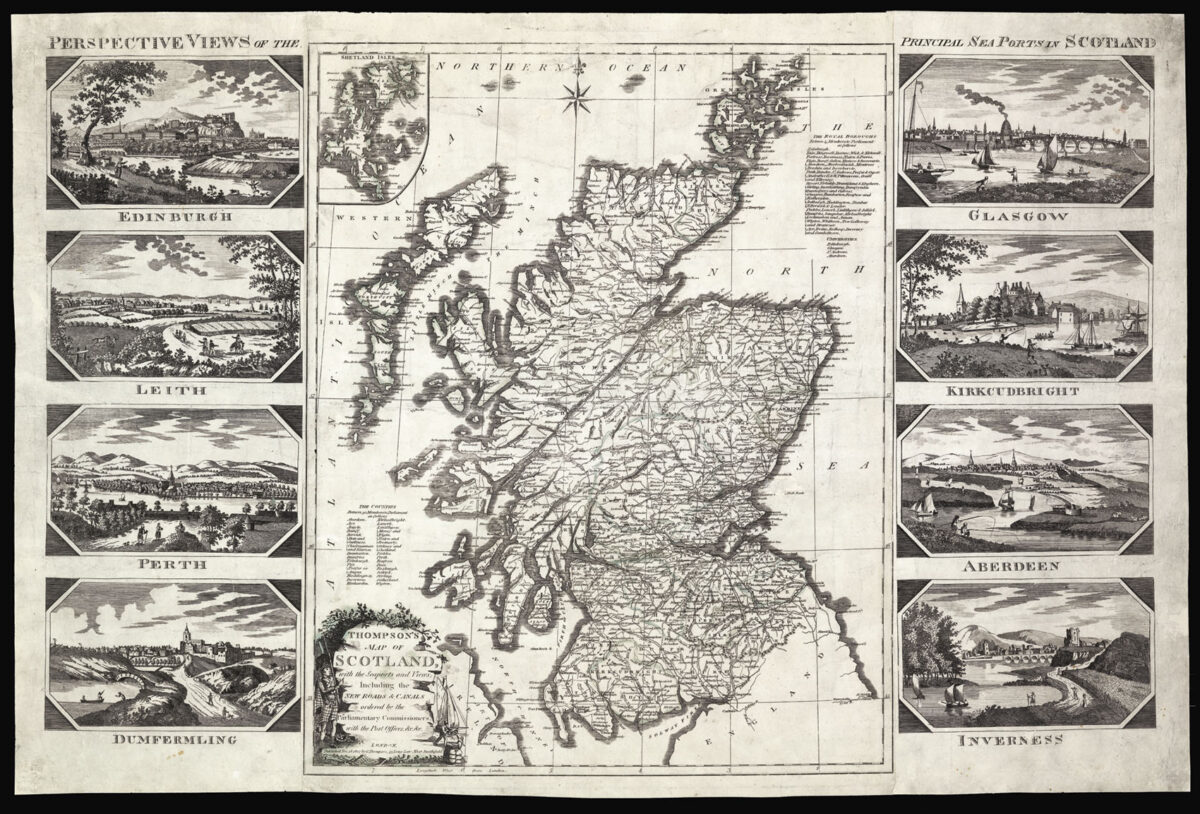 Thompson’s Map of Scotland with the Seaports and Views including the New Roads & Canals ordered by the Parliamentary Commissioners, with the Post Officers &c. &c.

Fine and large map of Scotland, with views of the principal ports.

Thompson’s has used Ainslie’s map of Scotland — first published in 1789 — the most accurate map at the time. To this Thompson has updated it with the latest roads canals, and post offices. To the right above the title is a list of Scottish counties, and to the upper right a list of royal boroughs, and Scottish universities. To the left and right of the map are two pasted borders, depicting eight views of Scotland’s principal ports: Edinburgh, Leith, Perth, Dunfermline, Glasgow, Kirkcudbright, Aberdeen, and Inverness.

George Thompson (1758–1826) was a letterpress printer, engraver, mapseller, bookseller and publisher. He is known to have published several maps, however, the present work is not mentioned in the Moir, Baynton-Williams and Worms, or the NLS online catalogue. In fact we are unable to trace any institutional example of the present work.