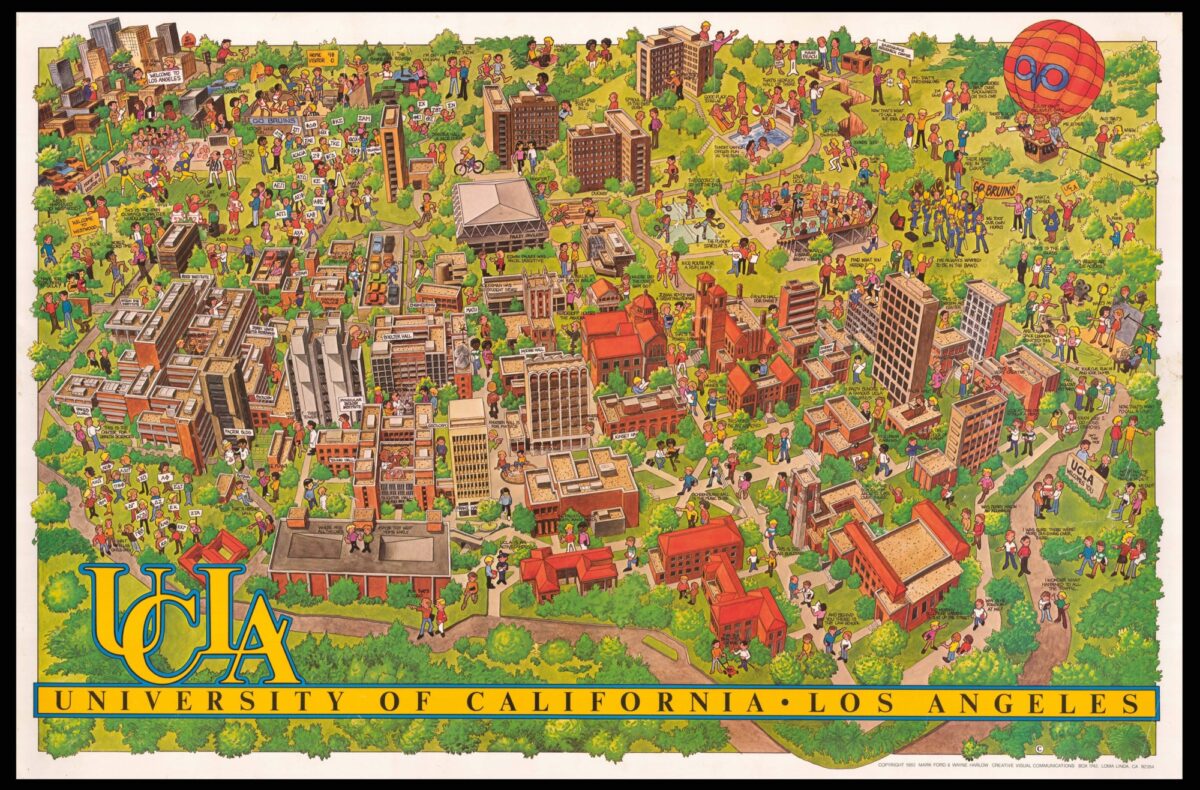 “This is Frat Row”

This map depicts an aerial view of UCLA (University of California Los Angeles) with bold graphics and decorative detail. The view highlights the university with stylised depictions of the campus, including academic halls, student residences and sports arena.

Throughout the map there are small caricature depictions of figures and accompanying humorous phrases, including a marching band leader saying ​“we toot our own horns”. The fraternities and sororities on campus are represented by figures holding up their Greek letters, with a sorority member warning two passing men, ​“wait fellas, girls only”.

The poster is up to date with the latest information, including one group of people noting ​“this is the 1984 Olympics Committee Headquarters”. UCLA was a major venue for the Los Angeles Olympics in 1984, with the residence halls housing more than 4,000 people and Pauley Pavilion, shown in the centre of the poster, hosting more than 160,000 spectators.

Mark Ford and Wayne Harlow appear to have collaborated on at least one other work together at Creative Visual Communications in 1982, entitled ​‘Body Building’, cited in a patent application for a robotic leg.

We have been unable to trace another version of this map in public collections.