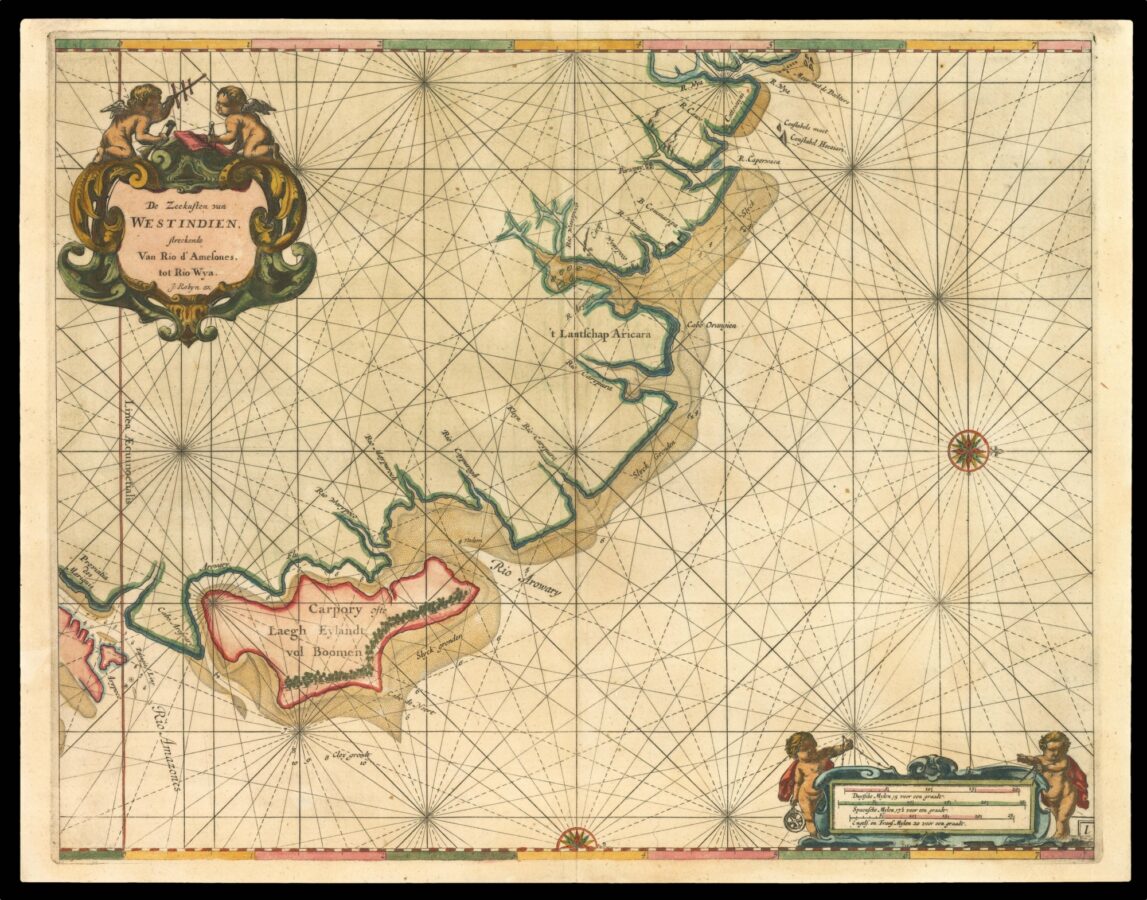 This first large scale printed chart of Brazil and the Amazon

This map shows the northern end of the Amazonian delta which empties out into the Atlantic to the lower leftmost corner, with the ​“Linea Aequinoetialis”, or equator, clearly delineated. The coastal outline progresses into Brazil’s northeastern coast in the Brazilian state of Amapa, whose River Oyapock (identified as ​“Rio Warypoco” in this map) marks the border between Brazil and French Guyana. Amapa was an historical administrative division of the former Portuguese colonial empires, who warded off English and Dutch invaders.