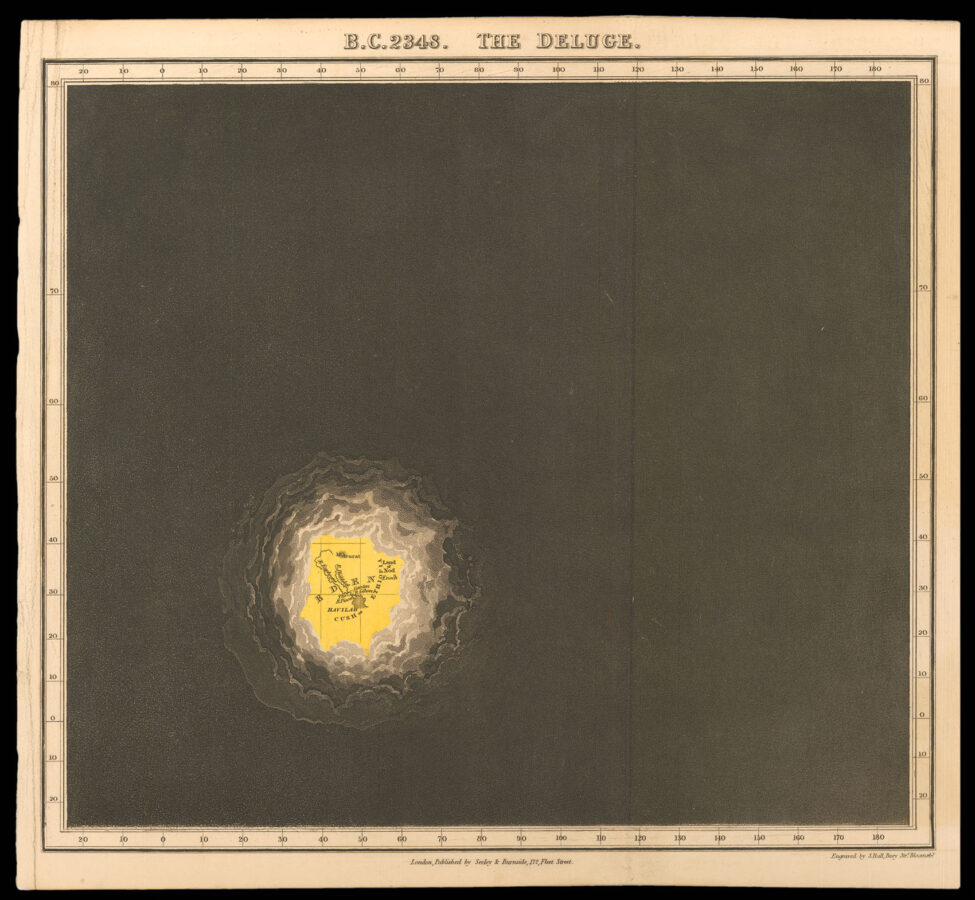 An historical atlas: in a series of maps of the world known at different periods..

The series is unusual in that it utilises aquatint to great effect to illustrate geographical enlightenment by depicting the unknown as black clouds that peel back over succeeding maps to reveal the world as known at various points in time from ​‘the deluge’ until 1828. The work was intended to educate schoolchildren about the history of the world, presenting history as a consistent and uniform whole, giving a rapid view of all great political changes in human society. Of particular note are the maps showing the Garden of Eden and the Discovery of America. The final map depicts the ​‘End of the General Peace’ in 1828. 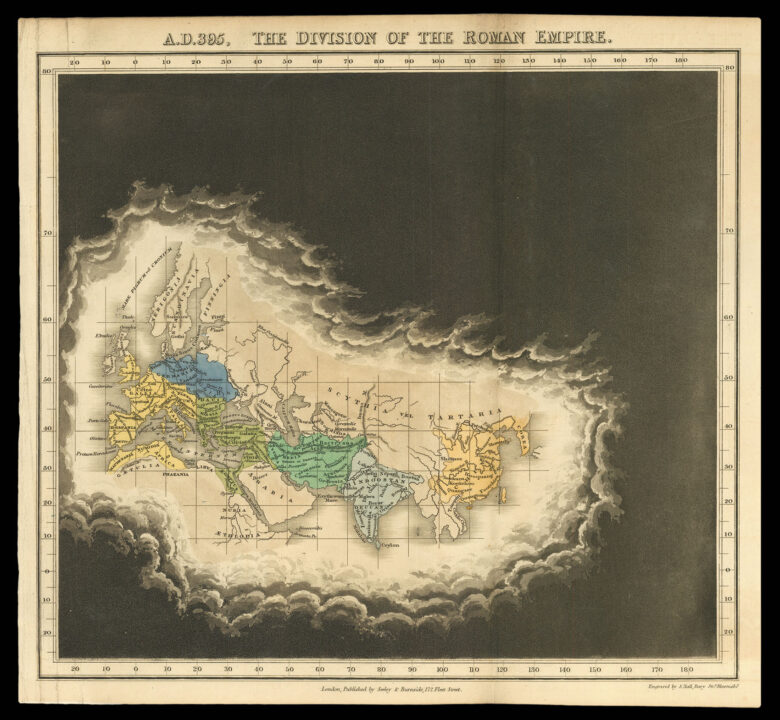 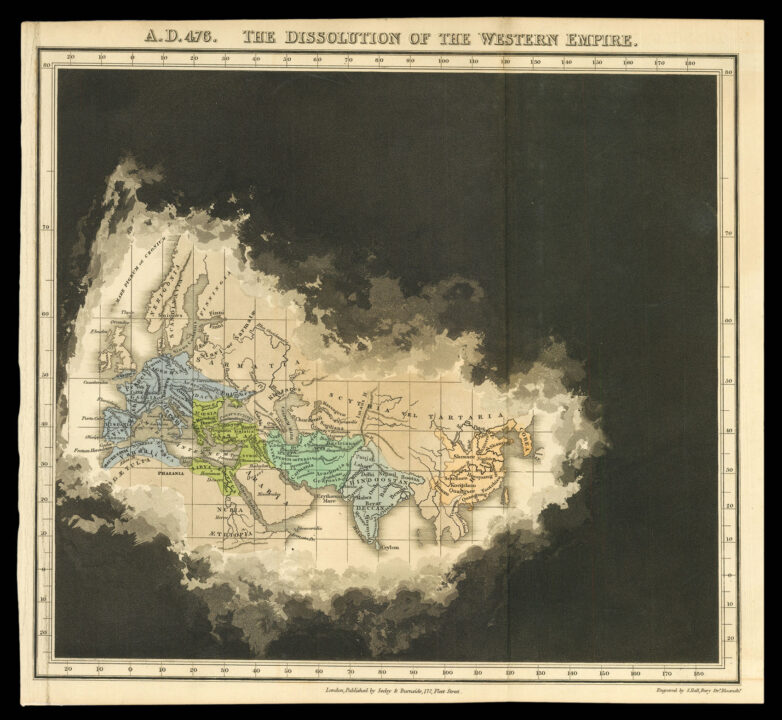 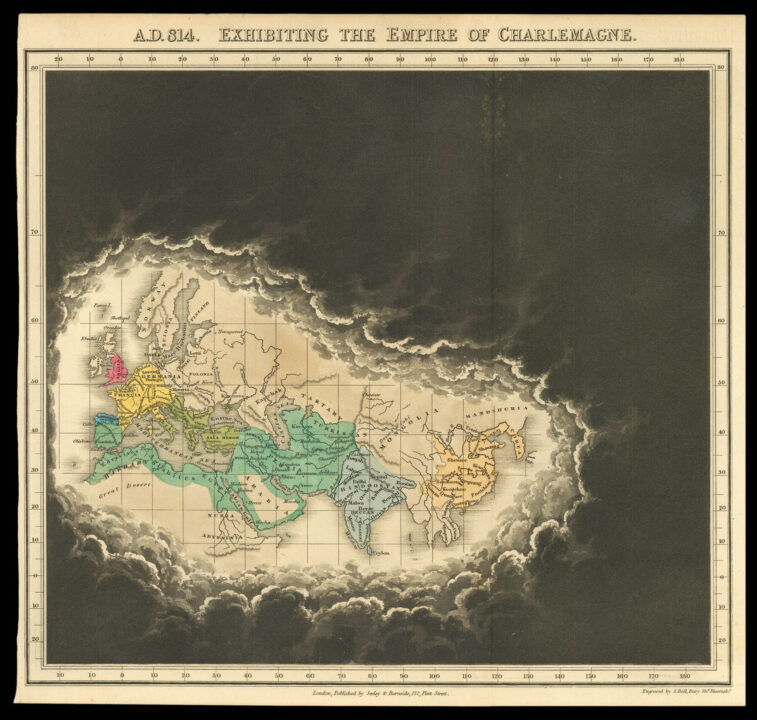 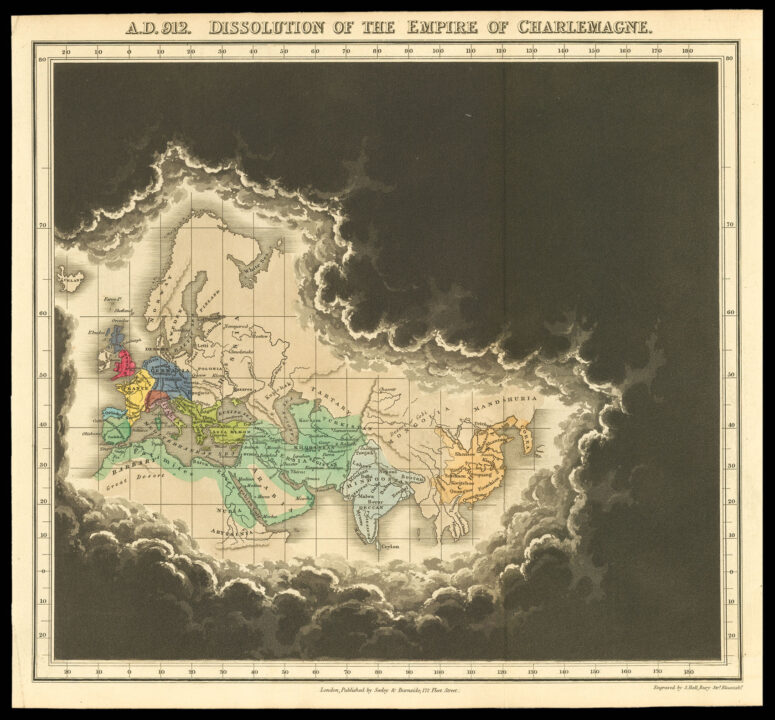 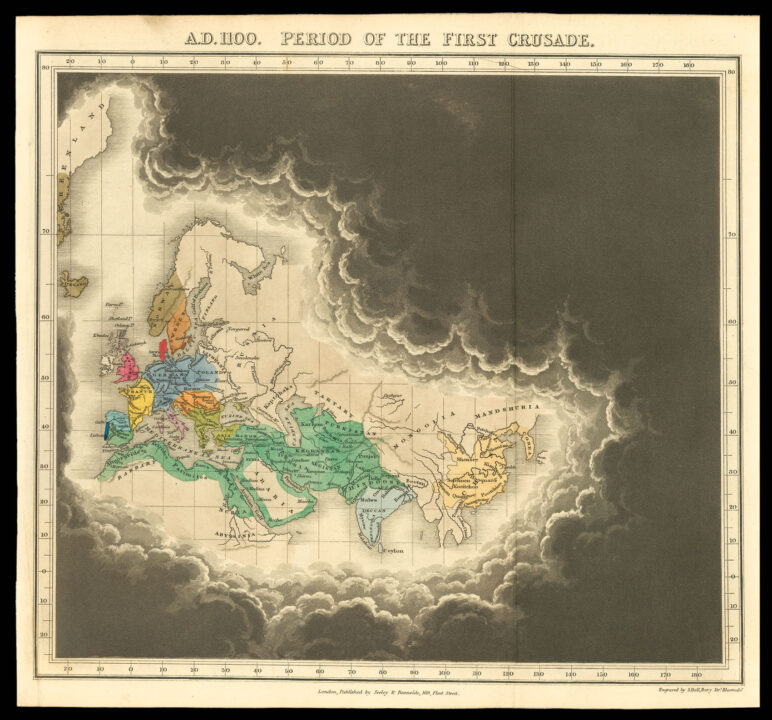 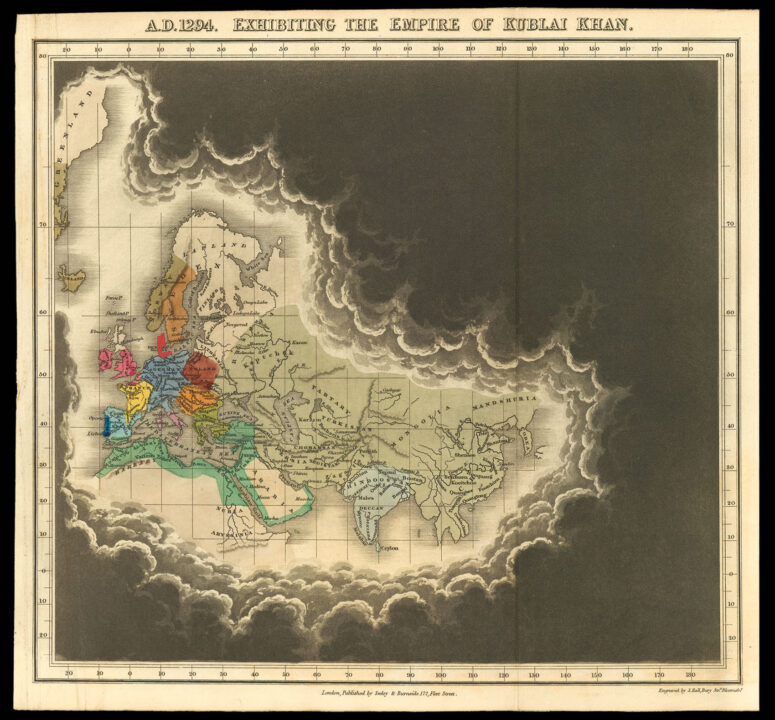 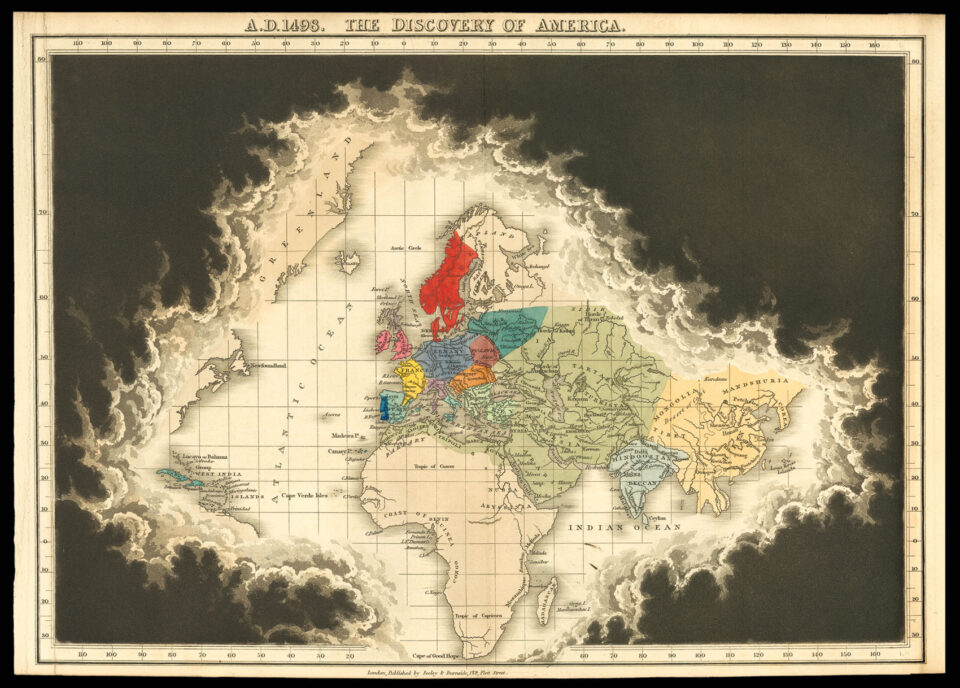 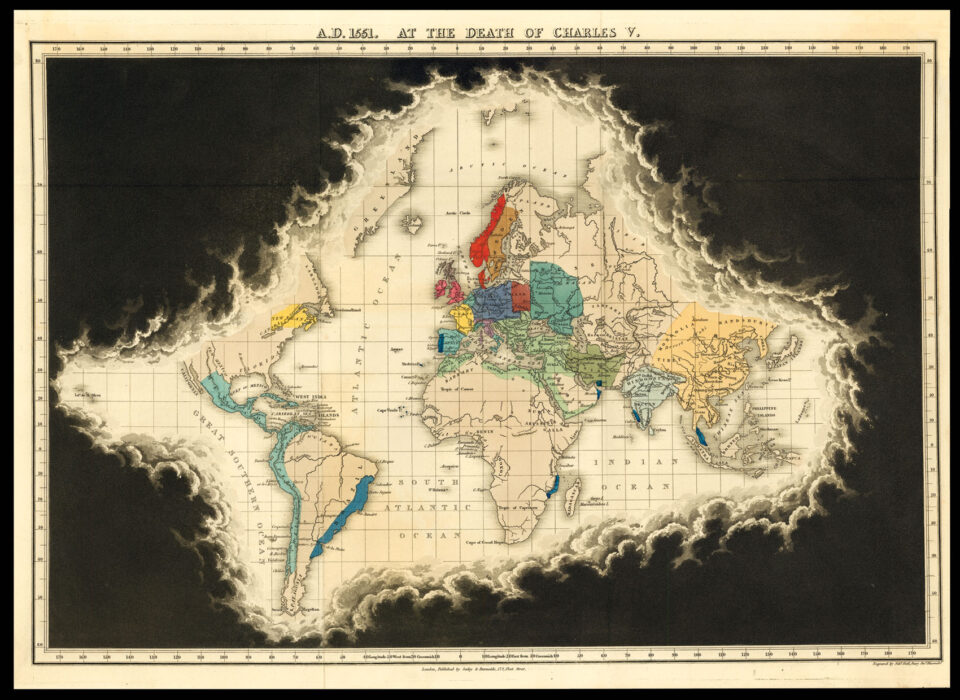 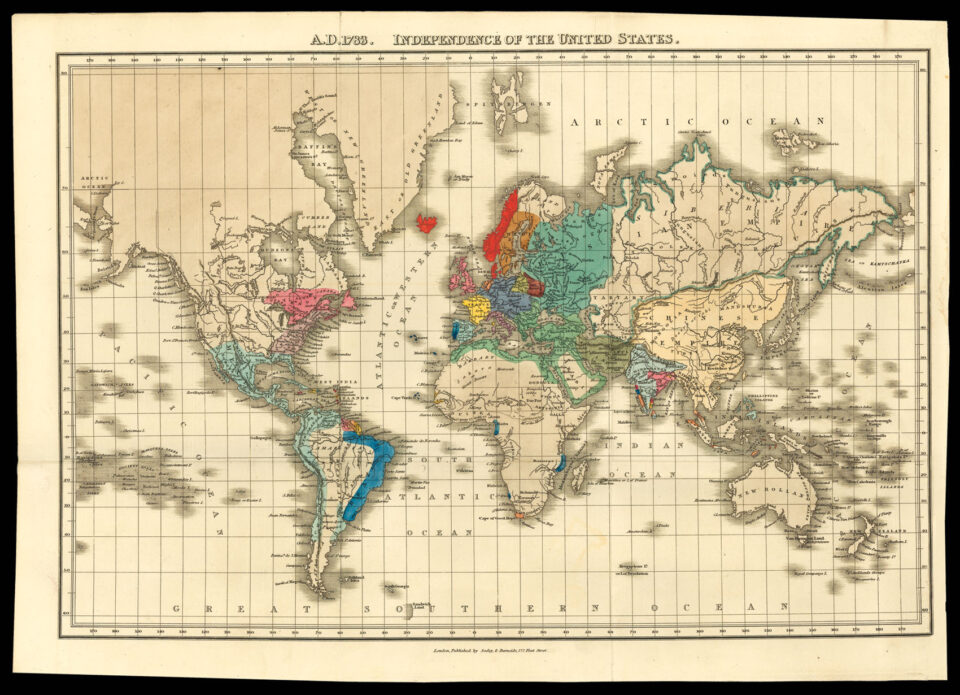 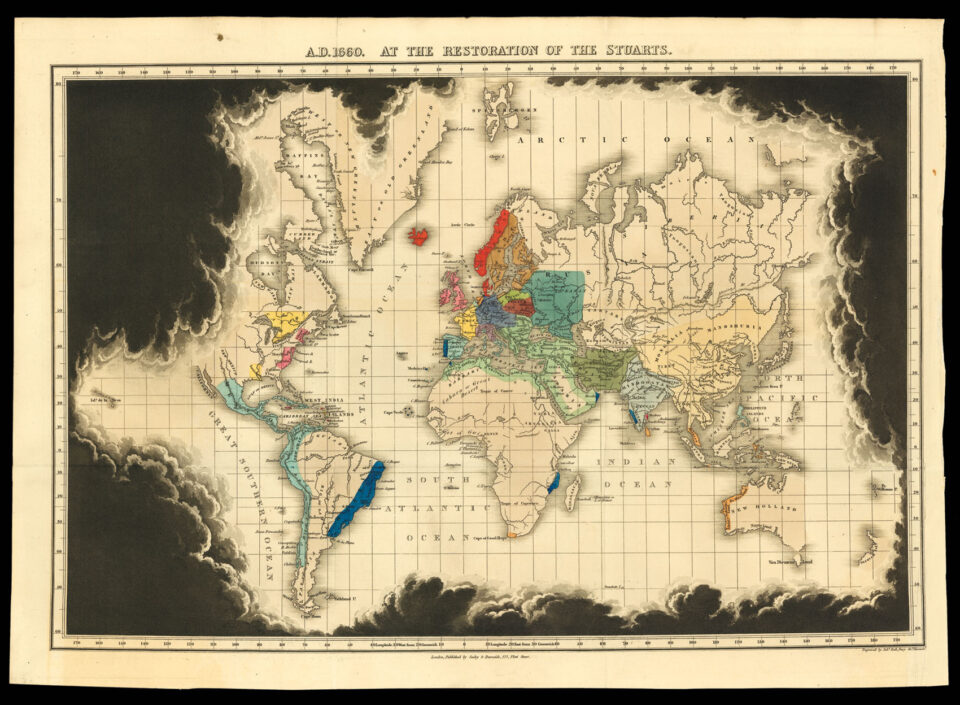 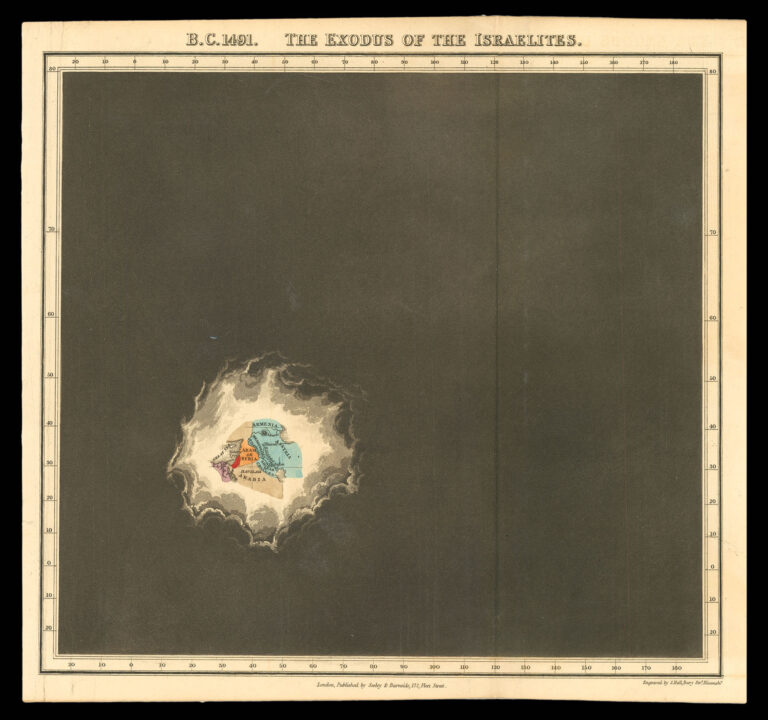 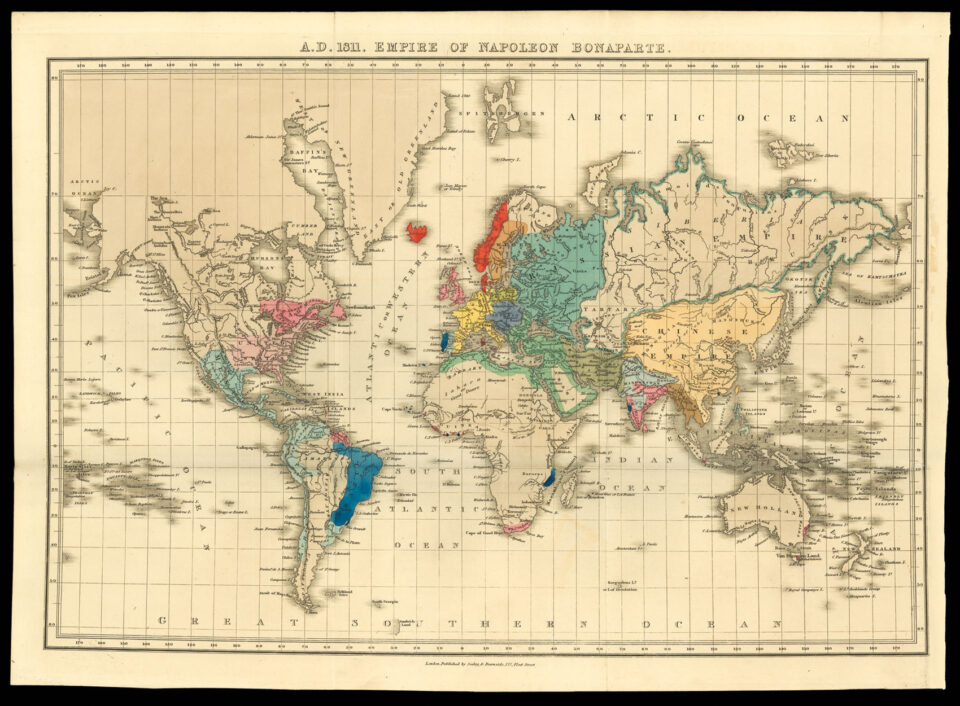 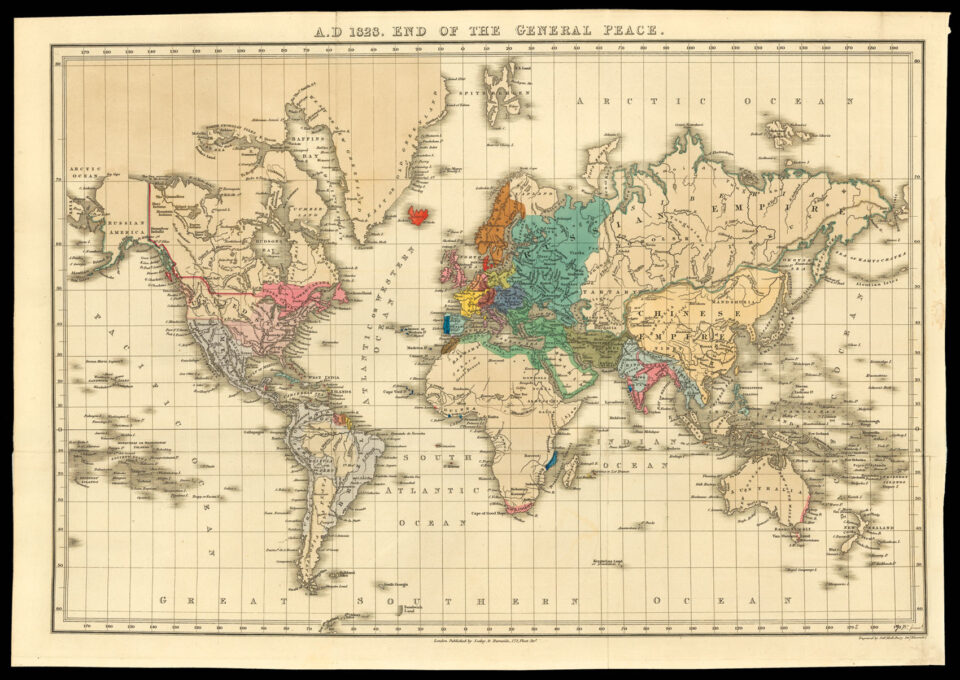 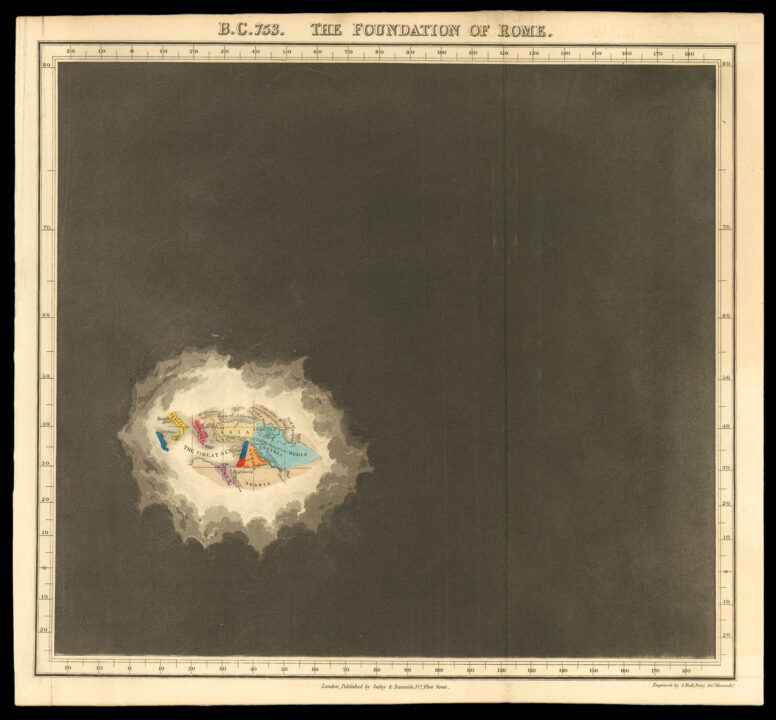 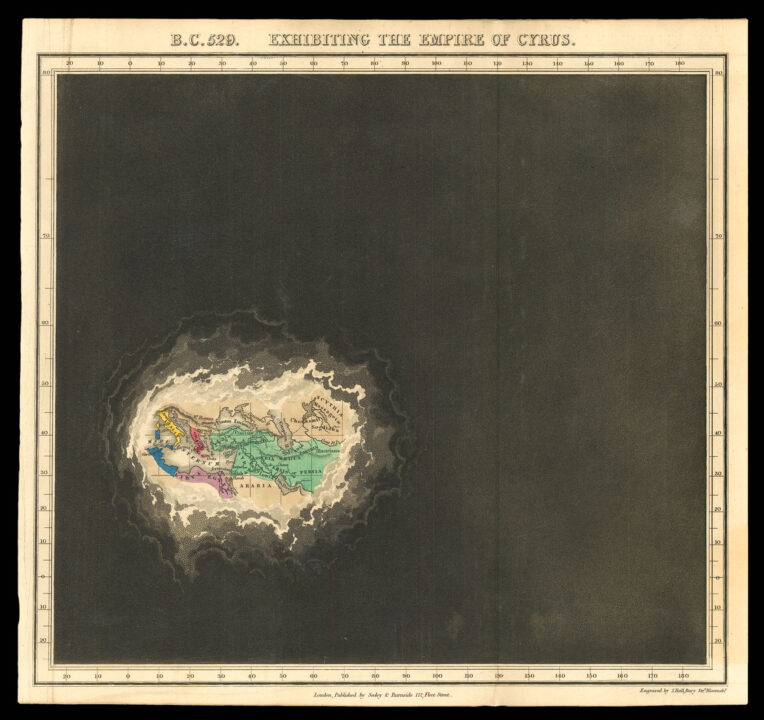 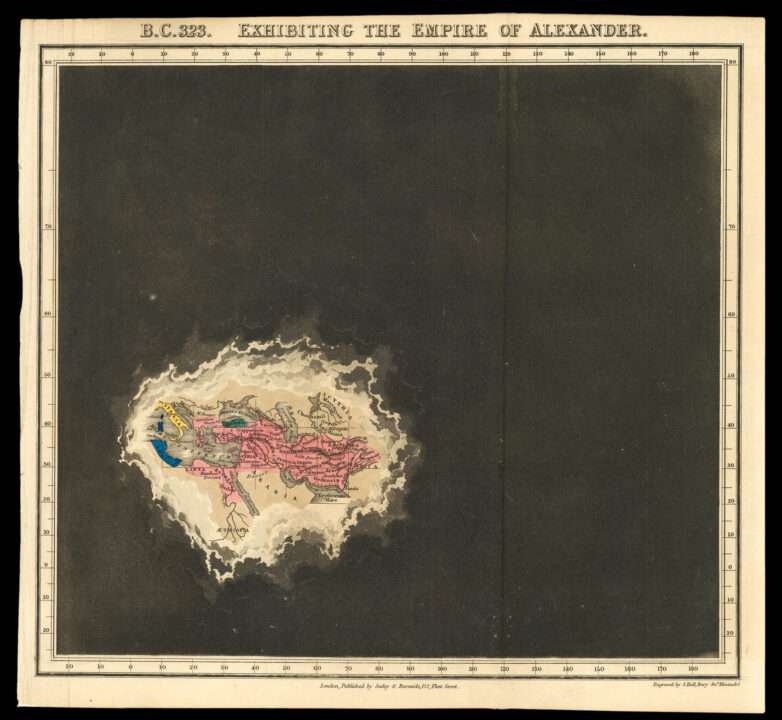 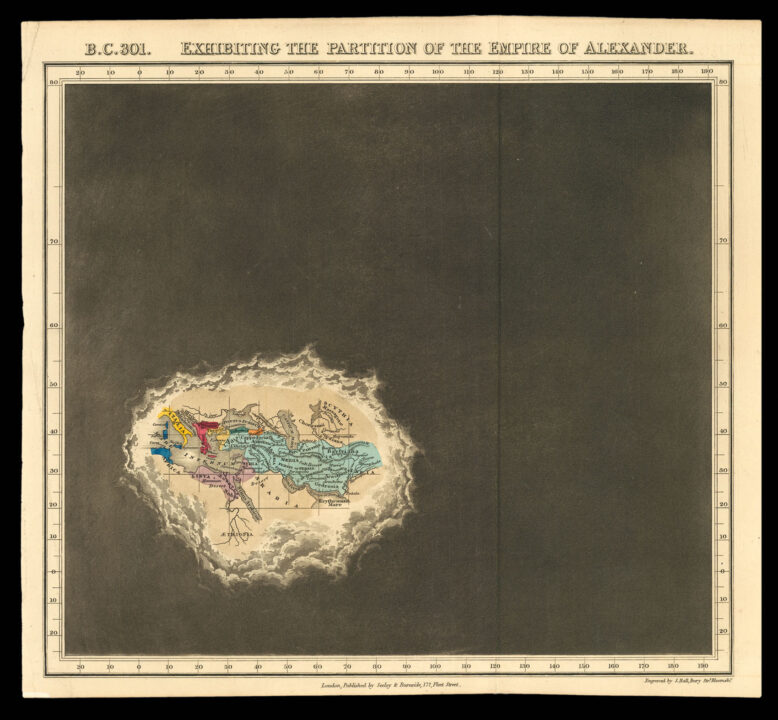 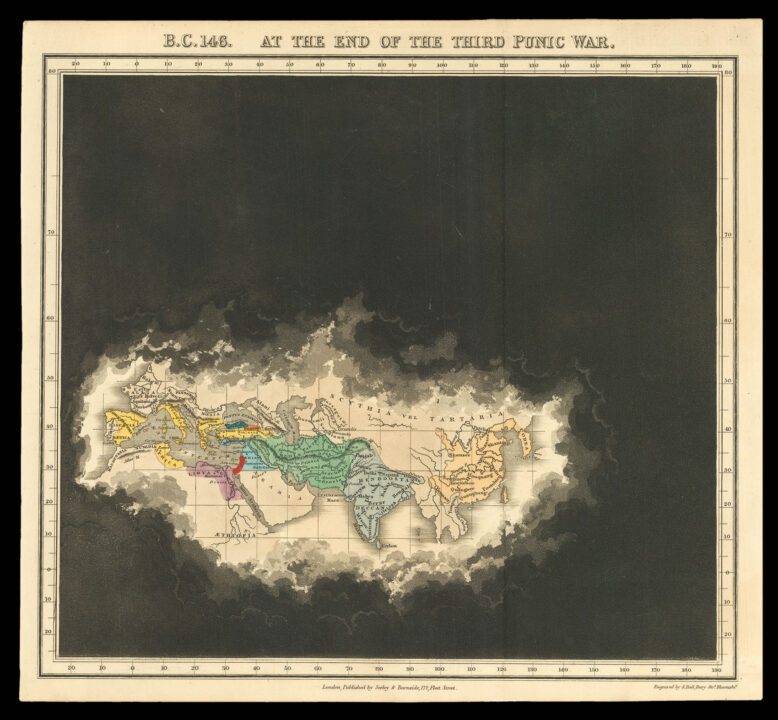 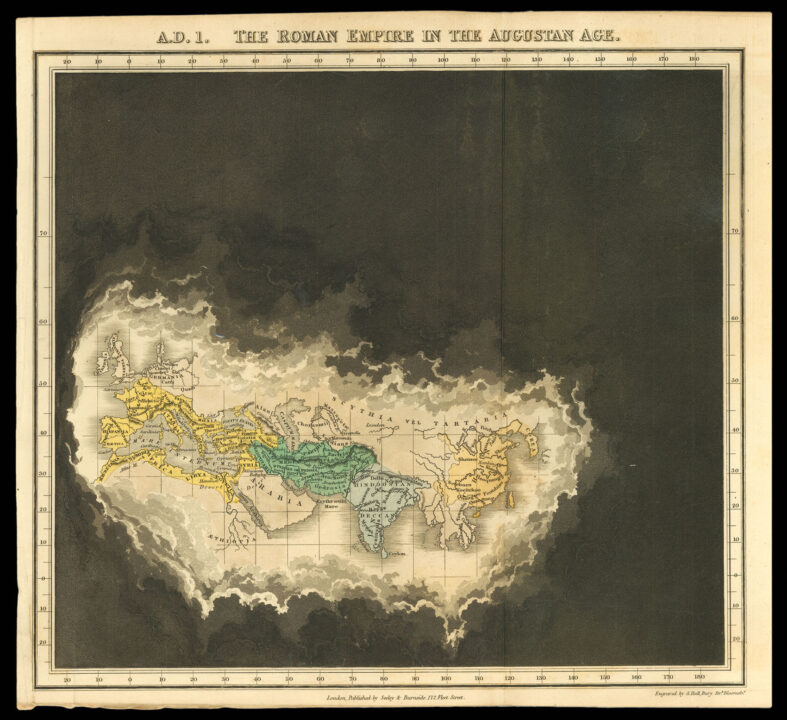 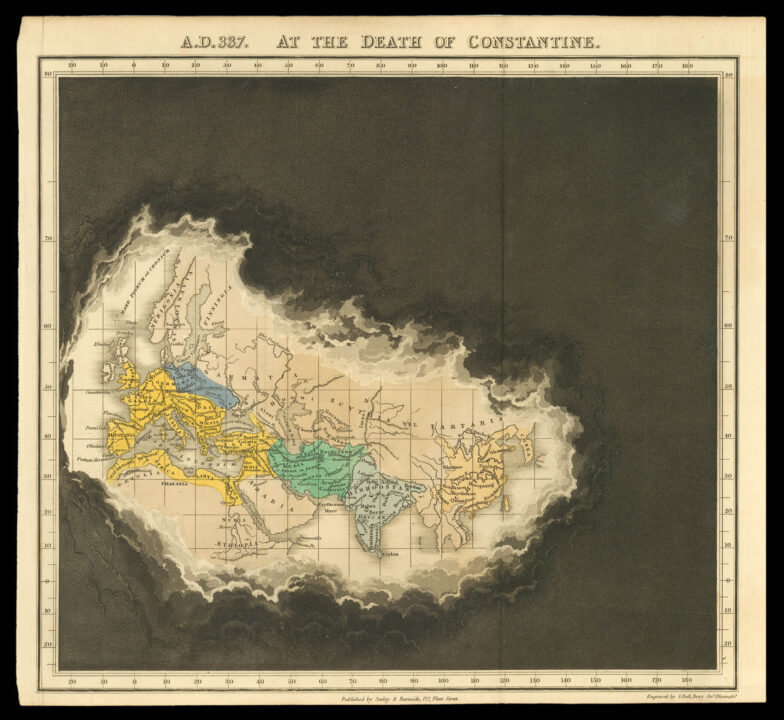