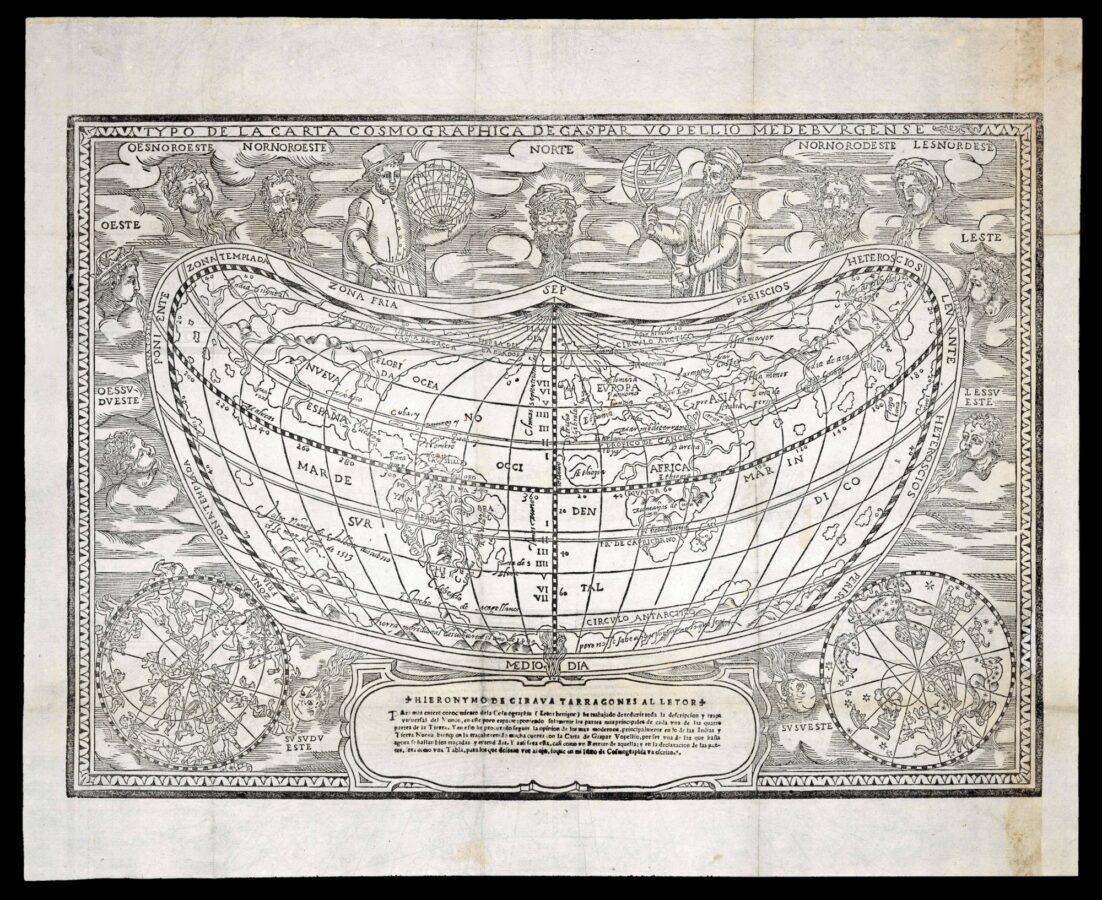 The world according to Charles V’s cartographer

Published in Milan as part of Girava’s ​‘Cosmographia…’ On a cordiform projection, and based on the, now lost, large 12-sheet map by Vopell. With lines of latitude and longitude based on Ferro meridian, surrounded by a broad border of windheads, including southern windheads represented as skulls, men holding a globe and armillary sphere, and two smaller projections of a celestial and astrological sphere.

The heart-shaped projection follows Waldseemuller’s world map of 1507, but the geography is very different: North America / ​“Nueva Espana” shares a land mass with Asia and Labrador is connected to ​“Grutlandia”. Girava acknowledges Vopell’s influence, particularly in his rendering of the conjoining of the Asian and New World landmasses. He notes Balboa’s discovery of the Pacific Ocean in 1513, and intriguingly mentions that the great southern landmass ​“Terra incognita” had been sighted in 1499.