The wet, the dry and the hypocrites!

McClandish’s satirical map of America became one of the best known and most widely circulated maps of the prohibition era. It depicts the United States as an alcohol-sodden explosion of illicit activity, with smugglers covertly carrying barrels of beer over the Canadian border, and supply boats off the East coast providing necessary relief for victims of the era’s liquor ban. Originally published in full colour for the Washington Post in 1926, the image soon grew so popular that it was separately issued as a broadsheet poster by Griswold Press in Detroit, of which the present map is an example. In addition, Hagstrom Company continued to produce a fully coloured linen-backed version, designed to ornament the rooms of ​“games rooms, fraternity houses, dormitory rooms, or private bars” (Hornsby), which remained in print for the following two decades. The map was also syndicated to a number of anti-prohibition campaigns and breweries, which often added their own commercial slogans. So influential was McClandish’s work that it was even used in a trial of 1932 as evidence against a man accused of violating prohibition laws. It’s popularity is representative of the public disregard for the prohibition act, which was said to have ​“divided the nation, like Gaul, into three parts — wets, drys and hypocrites” (Sabin). It is not difficult to see why the map attracted such a great deal of attention. The combination of bizarre illustrations, such as a rabbit leaping over a leaky barrel while asking ​“how dry am I?”, and topographical word-play, with Chicago labelled ​“Chi-Keg‑O” and Arizona marked as ​“Aridzona”, make it a satirical piece of entertainment as much as a socio-political statement. Every detail of a traditional map is adapted to suit the taboo theme, from the ​“scale of pints” to the ​“pints of the compass”; even the motto emblazoned in the upper right corner is a pun on the official British coat of arms. McClandish’s provocative and quite absurd sense of humour was undoubtedly the result of his experiences in a huge range of environments. Throughout the first half of the twentieth century, he worked as a lumberjack, sailor, highway labourer, toy-maker, soldier, painter, children’s author, art-therapist and eventually radio director. Along with his children’s books, he made the most lasting effect with his satirical cartoons, of which this was the most widely recognised.

Speed’s Map of Virginia and Maryland 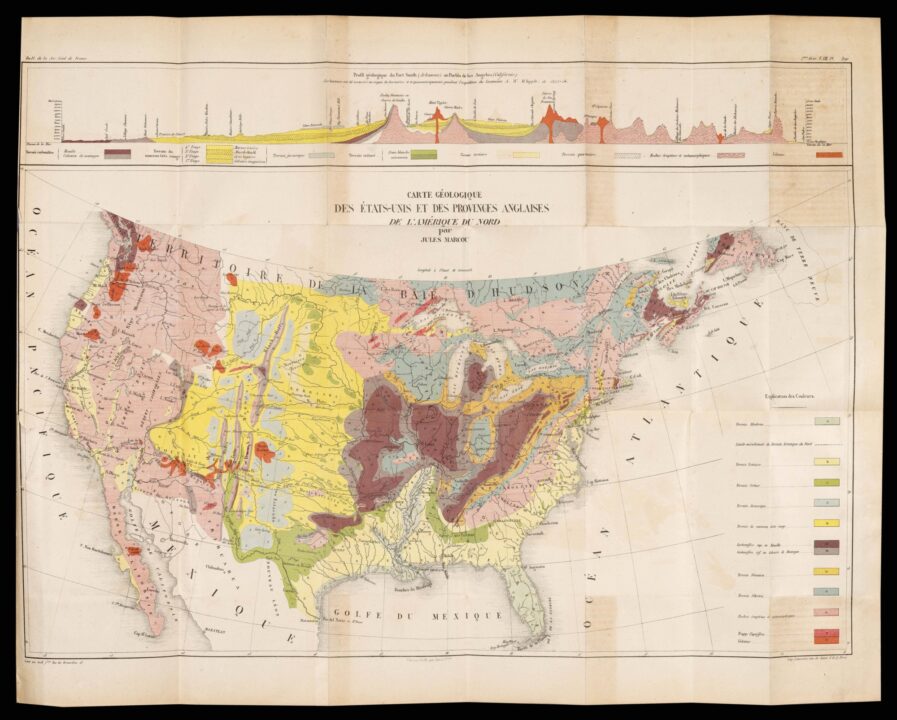