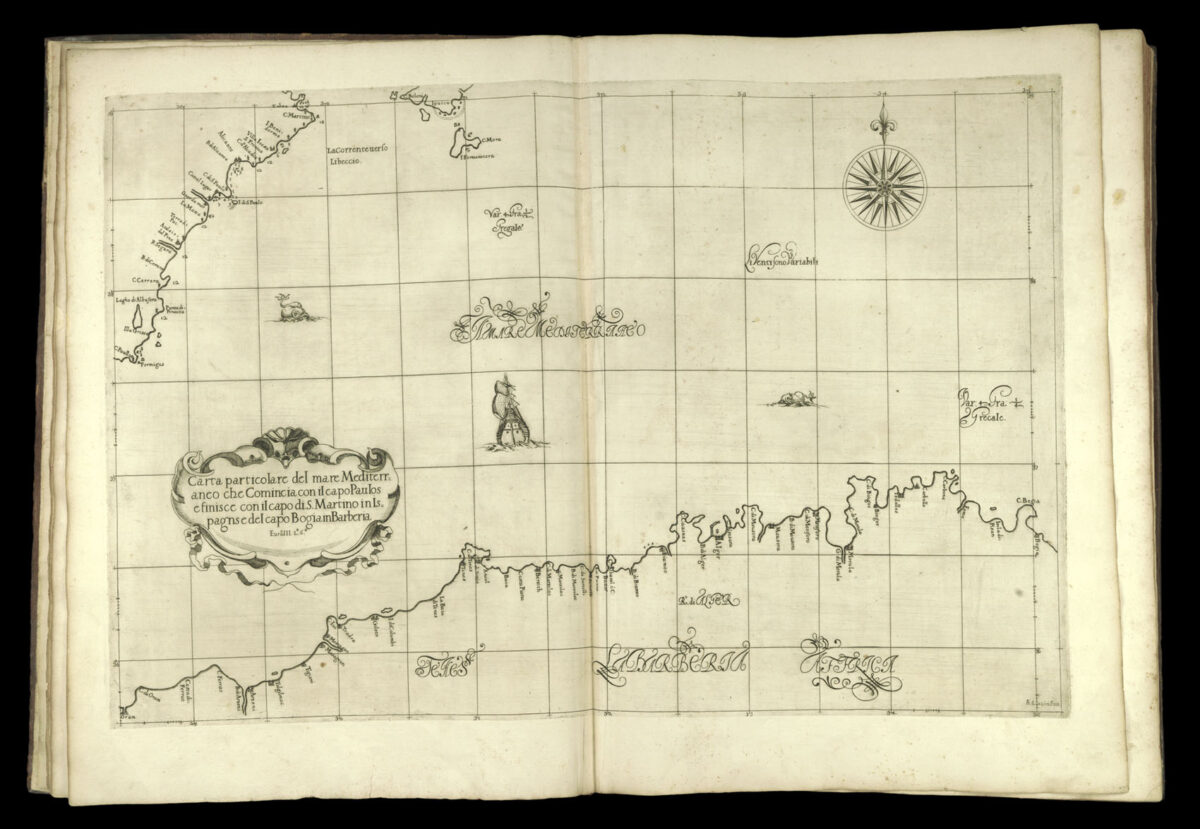 The map shows the western Mediterranean with the south coast of Spain and the northern coasts of Morocco and Algeria. The Balearics appear at the upper left, although only Mallorca and Formentera are shown: Formentera is mistakenly shown underneath Mallorca instead of Ibiza.