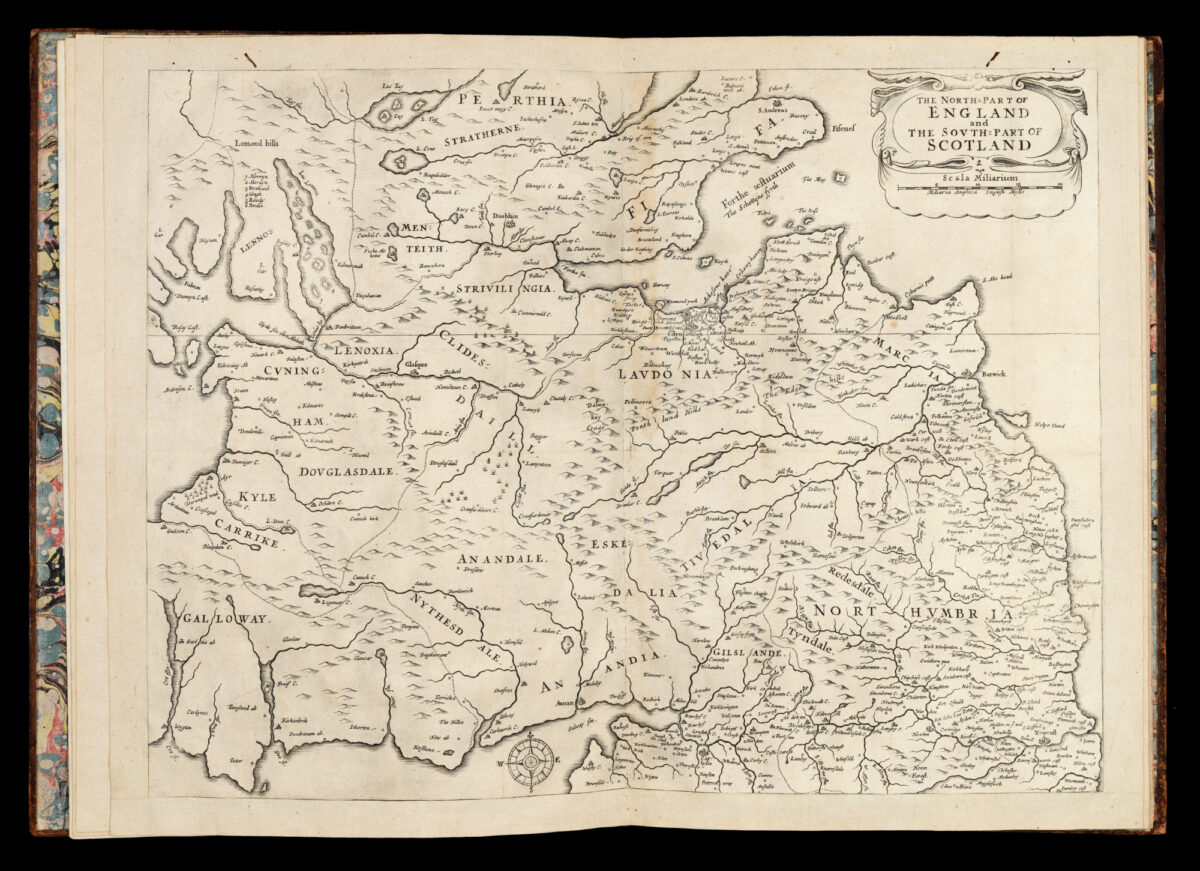 The kingdome of England & principality of Wales exactly described whith every sheere & the small townes in every one of them : in six mappes, portable for every mans pocket

During the English Civil War, Parliamentarian publisher Thomas Jenner worked alongside Royalist supporter and newly arrived immigrant Wenceslaus Hollar to produce a detailed map of England and Wales. A reduced version of Christopher Saxton’s 1583 map, it is printed on six sheets, with the western tip of Cornwall printed on a separate smaller piece of paper and glued on. It became known as the ​‘Quartermasters’ Map’,
perhaps because of the importance of this leading military rank during the Civil War, and it has been said to show every town, village, and estate capable of housing a garrison. The extensive title certainly advertises it for such a purpose: ​“Usefull for all Commanders for Quarteringe of Souldiers, and all sorts of Persons, that would be informed where the Armies be; and never so Commodiously drawne before this”. Hollar’s engraved lettering looks better than his spelling!

After the conflict, and with England now a safer place to travel, the title of later editions was amended from ​“portable for every mans pocket” to ​“usefull for all Gentlemen and Travellors and all sorts of Persons that would be Informed of the Distance of Places”. Although towns, villages, rivers, hills, county boundaries and a few important buildings are shown, no roads appear. The map would prove highly influential in English cartography over the subsequent decades.

There is a reference to the map in Pepys’s diary for 9 June 1667: ​“My Lord Barkeley wanting some maps, and Sir W. Coventry recommending the six maps of England that are bound up for the pocket”.


1. Inscription of Edmund Verney (1636–1688)
On the verso of the title:
​“This booke is myne, Edmund Verney, Anno Domini 1666“
Verney’s grandfather, Sir Edmund Verney, had held the position of Standard Bearer to Charles I, and died at Edge Hill in 1642, some two years prior to the publication of the map.

2. Bookplate of Syston Park
From the Thorold Collection at Syston Park, Lincolnshire. Syston Park was once owned by the Verney family. 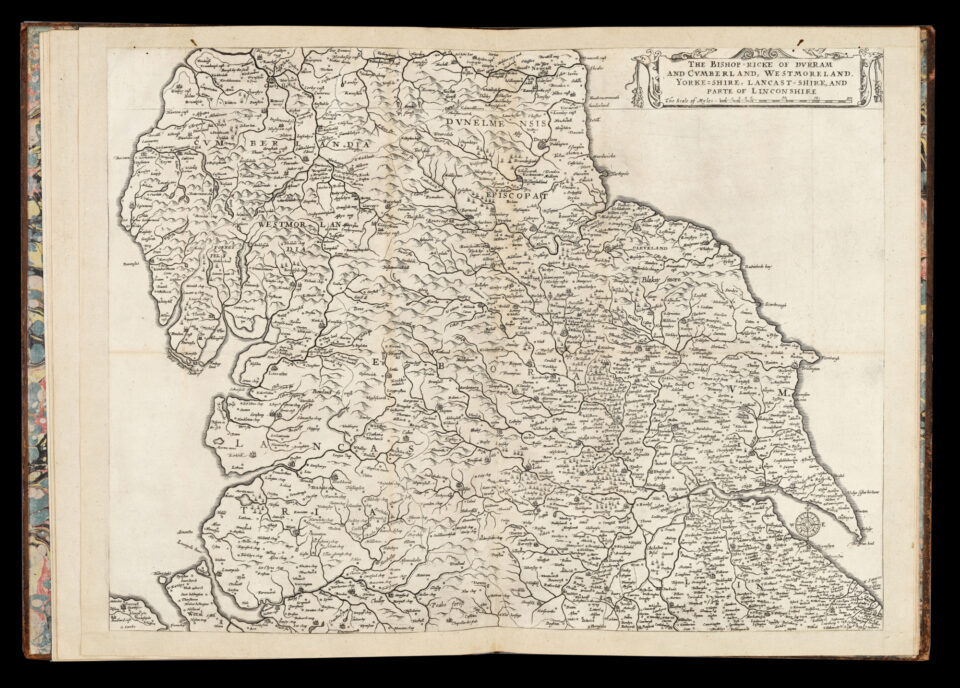 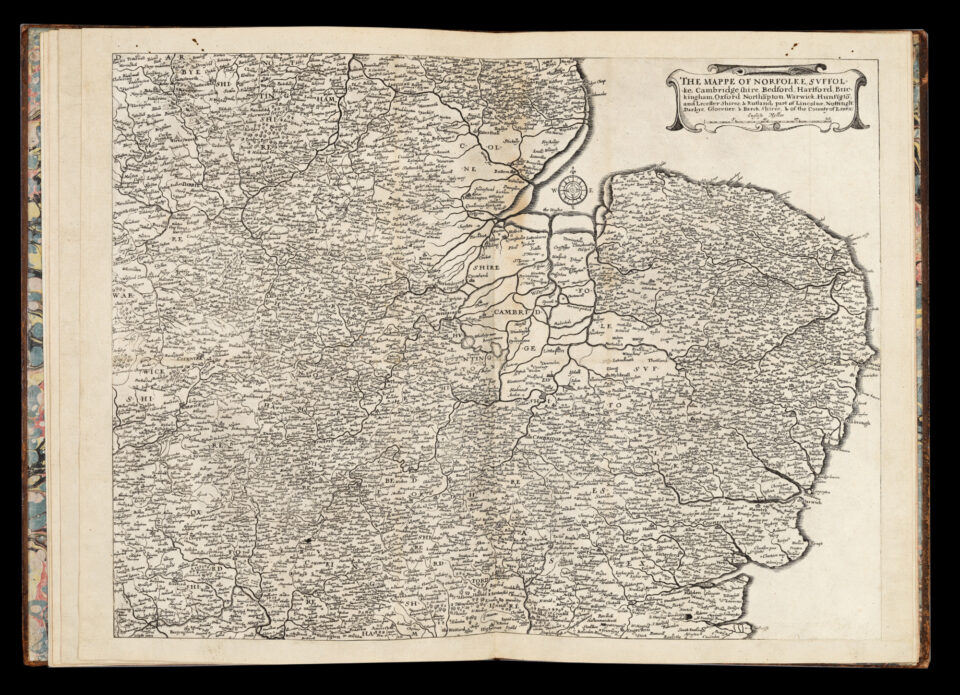 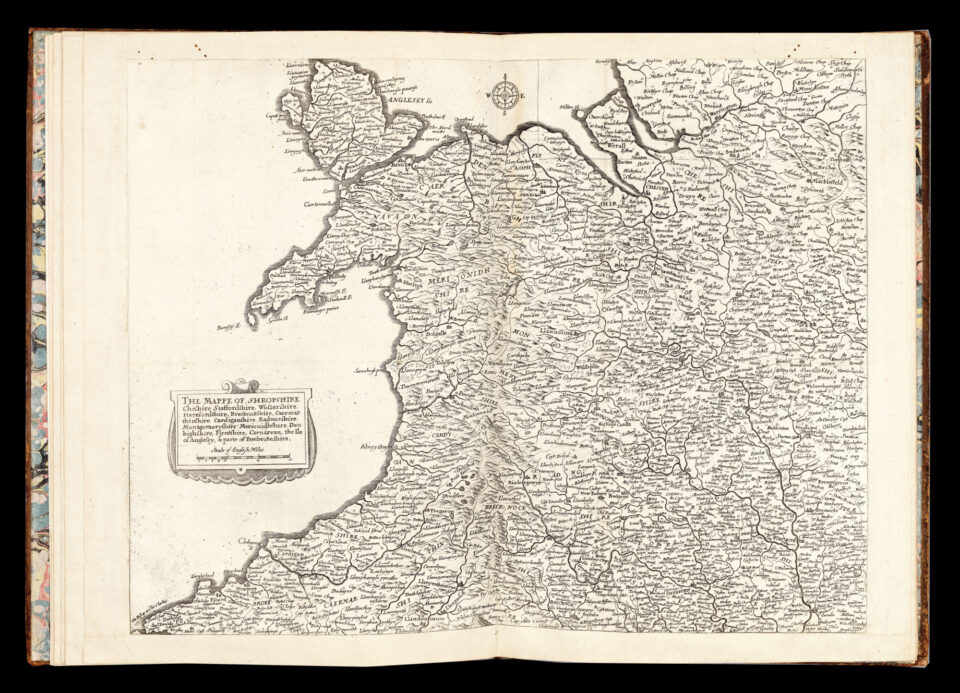 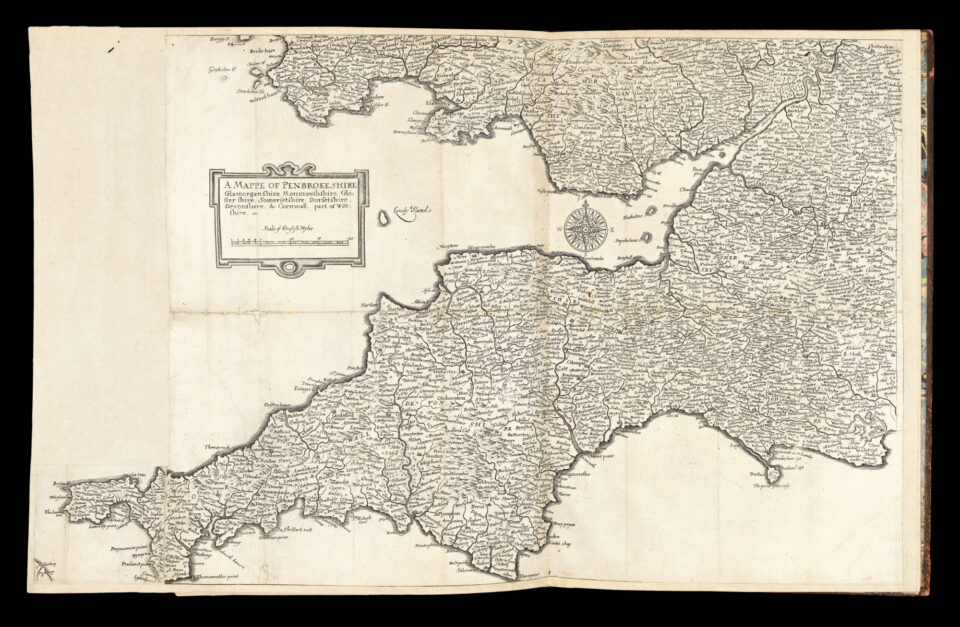 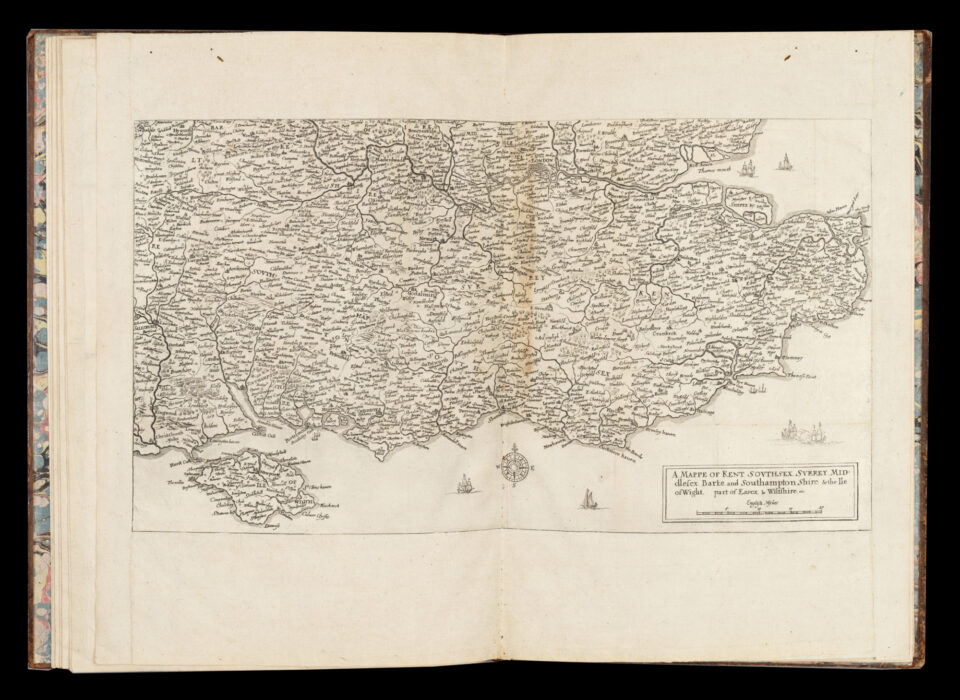 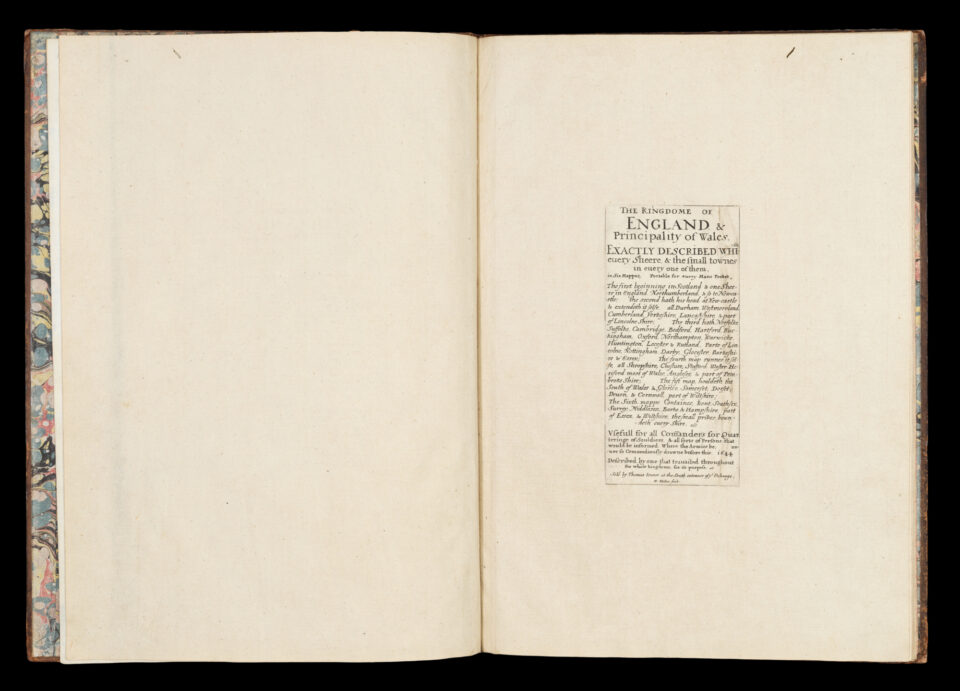