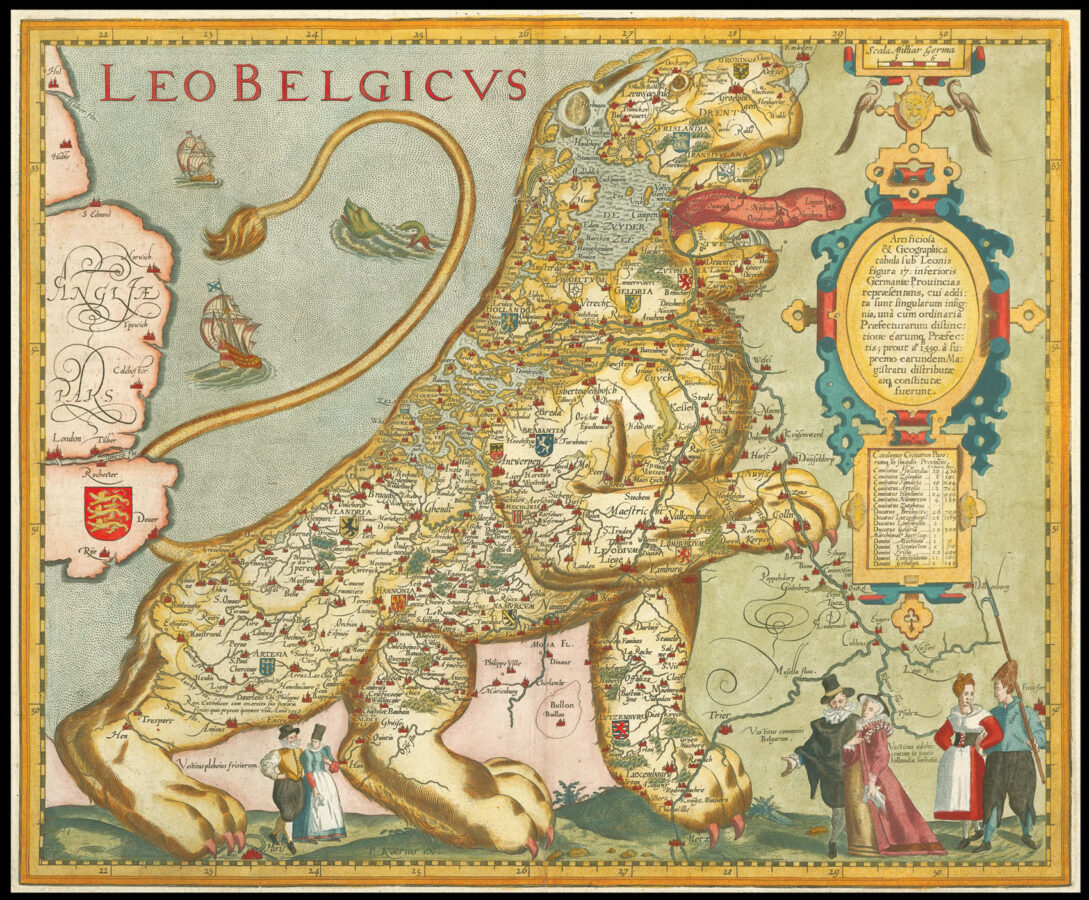 The map appears in Pieter van den Keere’s well known work ​‘Germania Inferior’ of 1617, and is the third incarnation of the Aitzinger form of the Leo Belgicus: the lion rampant facing right, with the right paw raised. The text to the verso acknowledges the lion’s pedigree. Below the lion are depictions of Benelux nobility and gentry, and to the right, in an elaborate cartouche, the following text:

The map was not in fact the work of van den Keere, but of Hendrik Floris van Langren, whose imprint can be faintly seen upon the present map. It would appear that van den Keere purchased the plate sometime after 1609, as van Langren is known to have lived and worked in Amsterdam up until that date. One should also note the cartouche text is almost identical to the language used in van Doetecum’s work, even though Langren’s map does not depict any of the governors.

The present example was published in the French language edition of 1622.