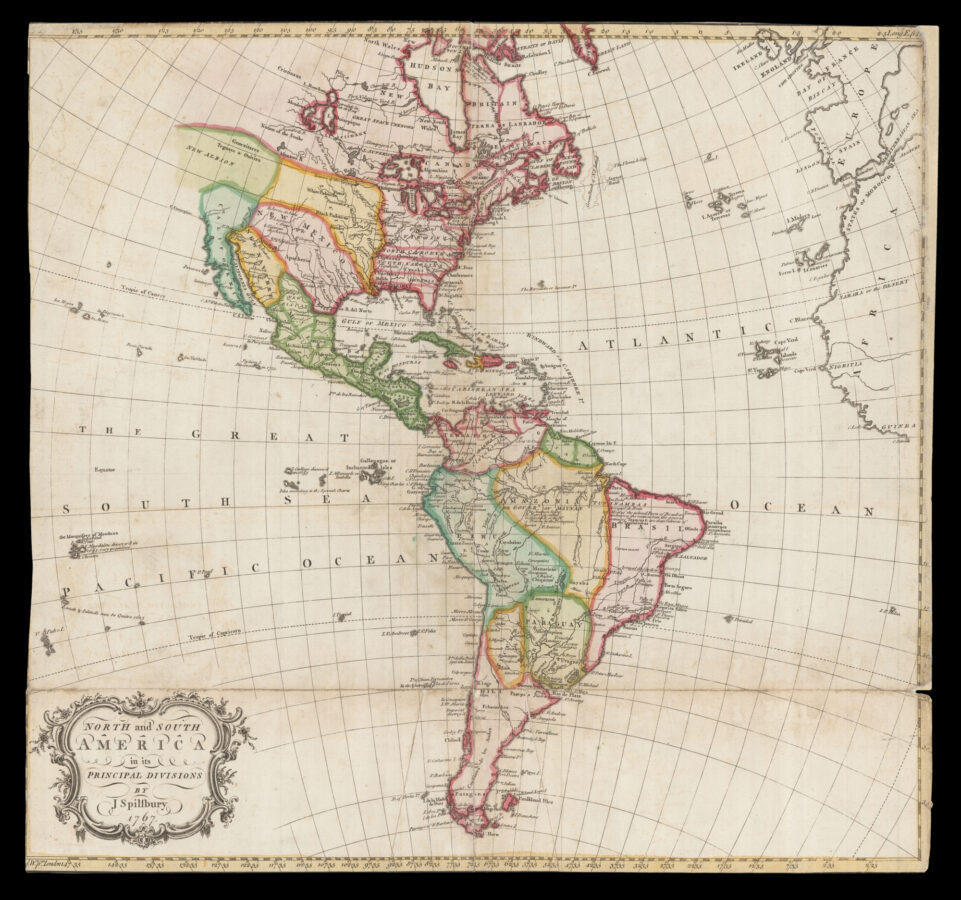 North and South America in its principal divisions.

The present example, dated 1767, shows the continents of North and South America extending from Hudson Bay down to the Cape Horn. The eastern parts of North America are missing, and California is shown as a peninsula. The existing states are distinguished by colour border and colour wash, although not all of them would be turned into their own jigsaw piece when dissected: North Carolina, South Carolina and Virginia, for example, are grouped together in a single piece. The Caribbean Islands are depicted in detail, while South America is dominated by the Chile, Paraguay, Brazil and Peru. On the right-hand side of the map, the eastern swathes of Africa, the Iberian peninsula, and parts of France and the British Isles appear. There is no scale bar or publisher’s imprint, but in the lower left-hand corner, the cartouche contains both the title, Spilsbury’s name and the year of publication.

Exceedingly rare; we are only able to trace one institutional example: the British Library, lacking three pieces.