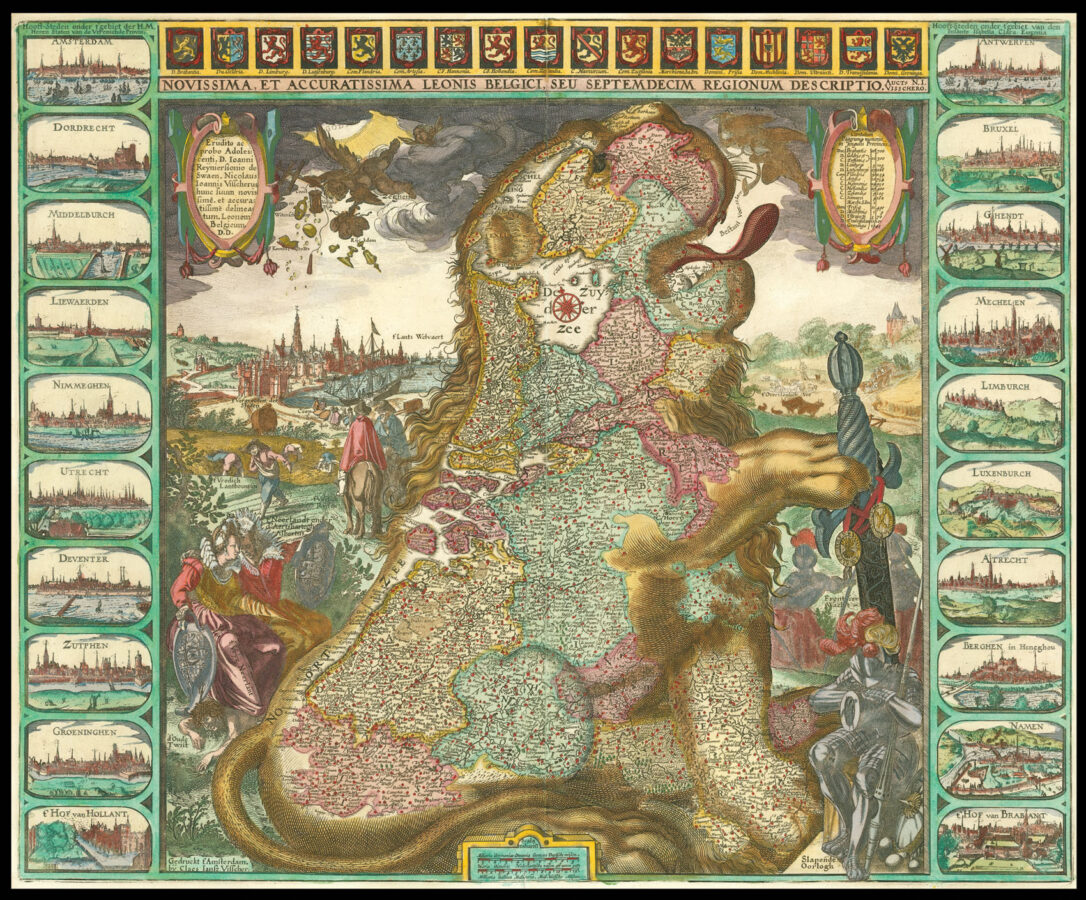 The signing of the Twelve Year Truce in 1609, by the Dutch Republic, the Southern Netherlands and Hapsburg Spain, proved a catalyst for another version of the Leo Belgicus.

In around 1611, Claes Janszoon Visscher published his ​‘Bestandskaart’ or ​‘Truce Map’ — ​“one of the peaks of 17th century cartography” (van der Heijden) – a lion at rest in a sitting position, his right paw on the hilt of a lowered sword. The map is replete with allusions to the fruits of peace: to the right of the lion, war – personified by a knight in a full suit of armour – is shown asleep, and to the left personifications of North and South are shown seated together with ​‘d’Oude Twist’ (the old rancour) buried under foot. A cherub pours the sweet nectar of the ​‘Bestant van 12 jaer’ (the 12 Year Truce) into the mouth of the lion; heavenly blessing (‘zeghen des hemels’ )descends upon the country. These bring with it arts and sciences (‘Const en Wetenschap’); safety (‘Vailighe Tijdt’); knowledge and wealth (‘Kennisse en Rijkdom’); prosperous towns (‘ ​‘t Vergrooten der Steden’); the cultivation of the land (‘ ​‘t Vredich Lantbouwen’); and trade (‘Coophandel’). Yet even in these peaceful times, the frontier guard (‘Frontier Wacht’) remains alert.

Although the map celebrated the truce, it also implied – with the personification of north and south — the break-up of the XVII Provinces. This is further re-enforced by the individual north and south medallions that can be seen suspended from the lion’s sword.