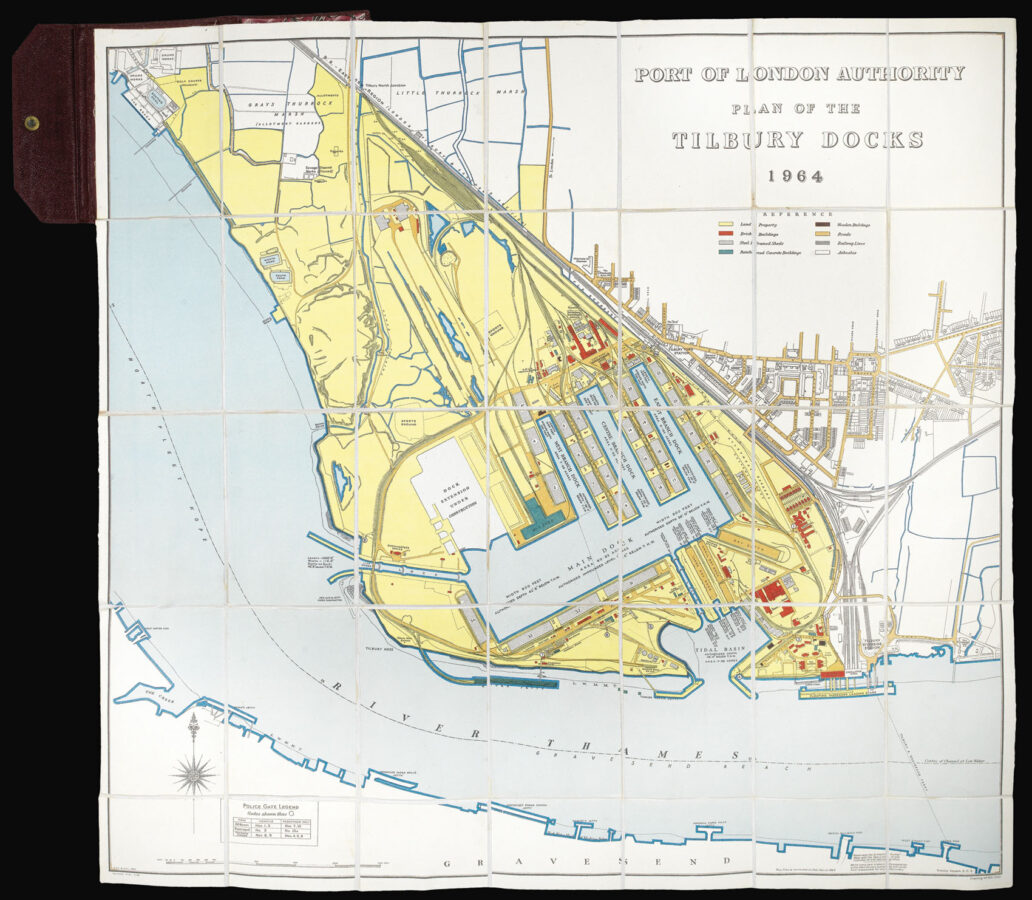 Plan of the Tilbury Docks Based upon the Ordnance Survey Maps with the sanction of the Controller of HM Stationery Office.

Tilbury Docks in Essex were opened in 1886 by the East and West India Docks Company. Tilbury was best known for the speech given there by Elizabeth I to her troops before the invasion of the Spanish Armada in 1588. The dock was built as a counter to the opening of the Royal Albert Dock by the London and St Katherine Dock Company; the two firms competed jealously for territorial advantage on the Thames.

The opening of the container port in Tillbury in 1967 marked the end for the docks further up the Thames and heralded the new age of container shipping. 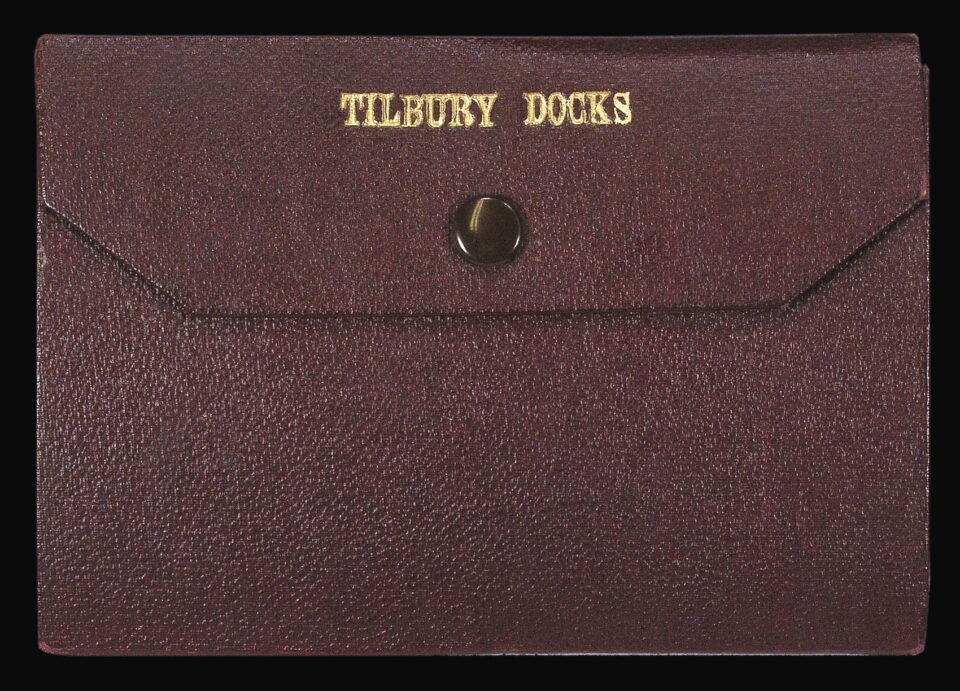