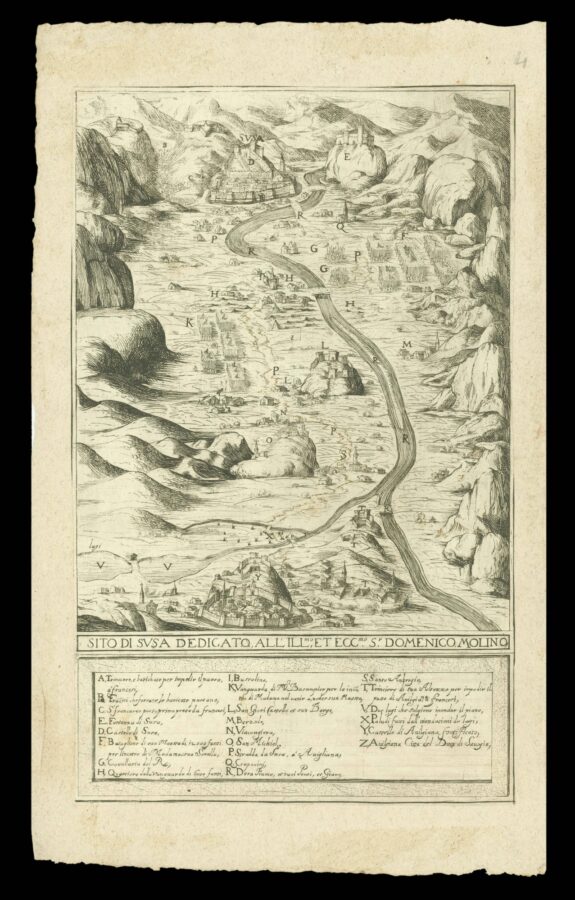 Bird’s-eye view of the Susa Valley, an important strategic route between southern France to Italy. The view is taken a vantage point above the town of Avigliana, looking towards its fort, with the city of Susa, in the distance.

The map was prepared at the time of the War of the Mantuan Succession (1628–1631), as France and the Habsburgs vied to install their favoured candidate as Duke of Mantua and thus gain control of northern Italy. With the end of the Huguenot revolt centred on La Rochelle, Louis XIII and his first minister Cardinal Richelieu despatched an army to Italy to assist their allies. This army entered Italy in early March 1629 and seized Susa on 6th March to secure their lines of communication. This plan shows the approximate position of the rival troops on either side of the river; a key below the plan lists twenty-three important features. Susa later gave its name to the treaty signed between the French and Savoy, signed in April 1629 which temporarily ended the war in the region.