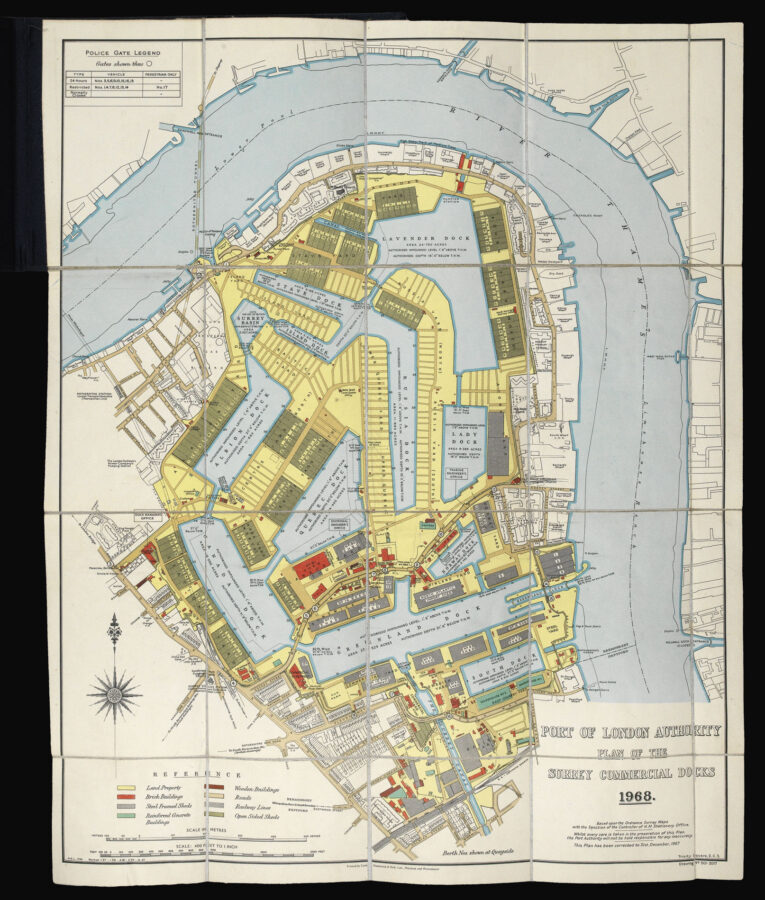 Plan of the Surrey Commercial Docks Based upon the Ordnance Survey Maps with the sanction of the Controller of HM Stationery Office.

There were docks on the site of the Surrey Commercial Docks for over three centuries. The first dock was built there in 1696. a product of an astute political marriage between Elizabeth Howland and Wriothesley Russell, later 2nd Duke of Bedford. The couple were only 11 and 14 at the time, but their families combined their land and interest in the East India Company to push an act through Parliament sanctioning the construction of the Howland Wet Dock. It was particularly popular in the eighteenth century for traders from the Arctic and Eastern Europe, reflected on the map in the names of the docks and yards: Greenland Dock, Norway Dock, and Russia Dock. ​“Cuckold’s Point”, visible at the upper left, was supposedly named after the land there was given by King John to a local miller, who had come home to find the king in a compromising position with his wife. A combination of serious damage from bombing during the Second World War and a move to container shipping forced the docks to close in 1969. The area has now been redeveloped and is known as Surrey Quays. 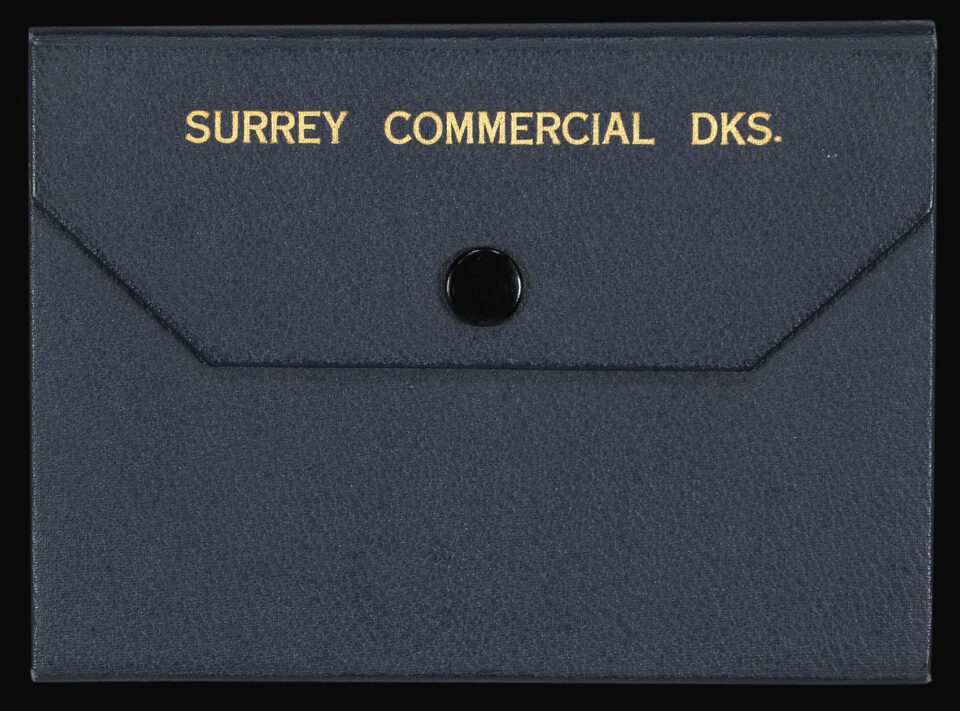