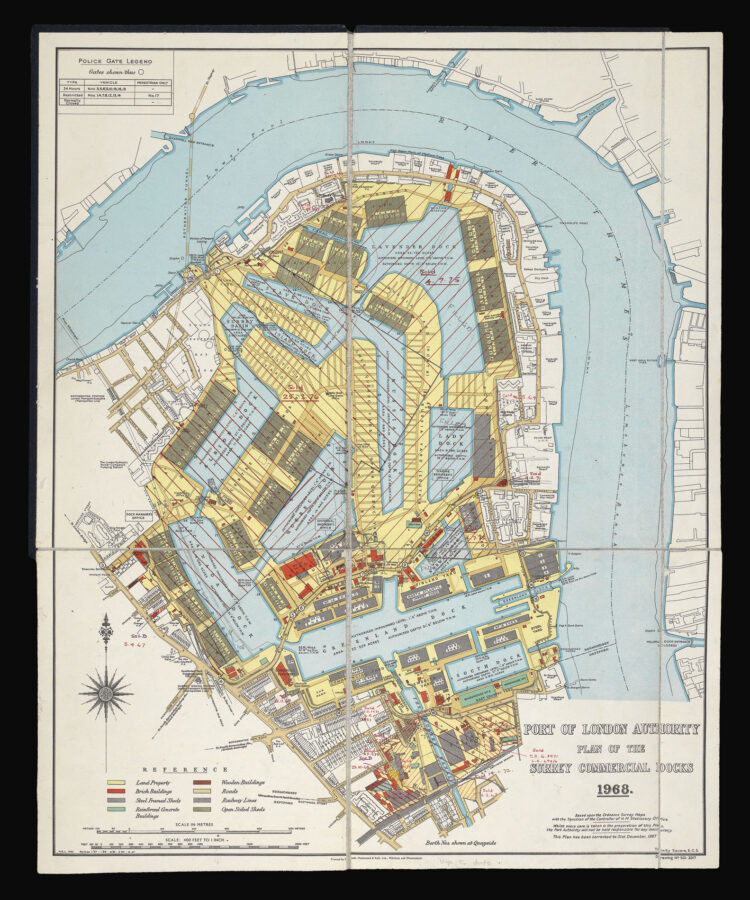 There were docks on the site of the Surrey Commercial Docks for over three centuries. It was particularly popular in the eighteenth century for traders from the Arctic and Eastern Europe, reflected in the names of some of the docks: Greenland Dock, Norway Dock, and Russia Dock. A combination of serious damage from bombing during the Second World War and a move to container shipping forced the docks to close in 1969. The area has now been redeveloped and is known as Surrey Quays.

This copy was owned by the Estate Officer for the docks, and is extensively annotated, with red and pink lines denoting docks that had been filled in or land sold, along with the dates. 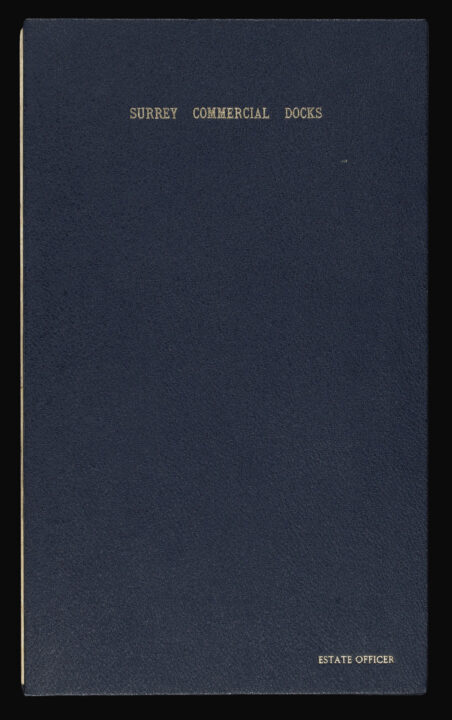