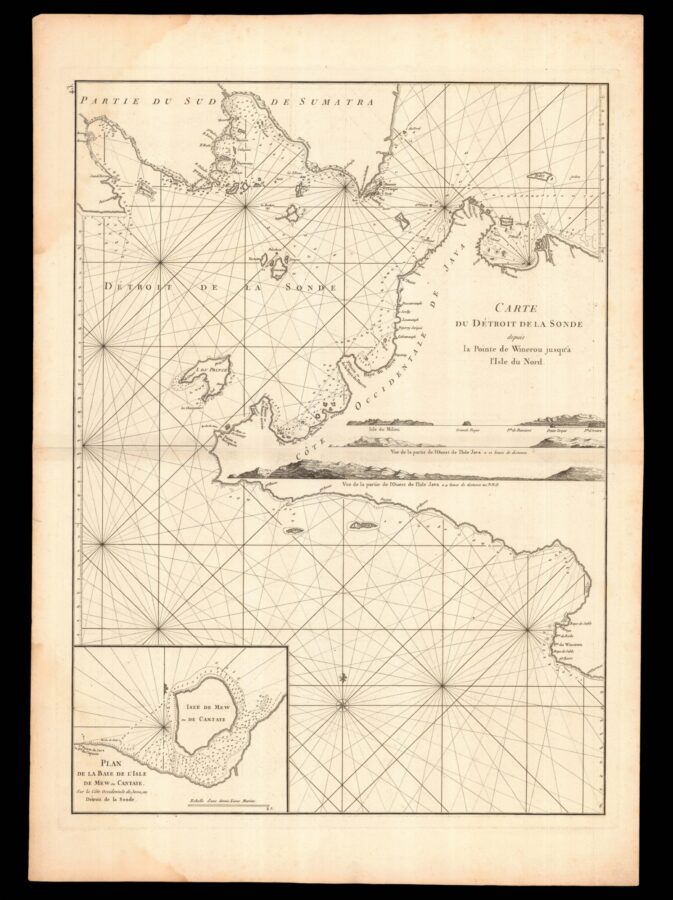 A navigable chart of the Sunda Strait, the southeast cost of Sumatra, and the western tip of Java. With an inset of the island of the ​“L’Isle de Mew ou Cantaye”, coastal profiles and soundings. 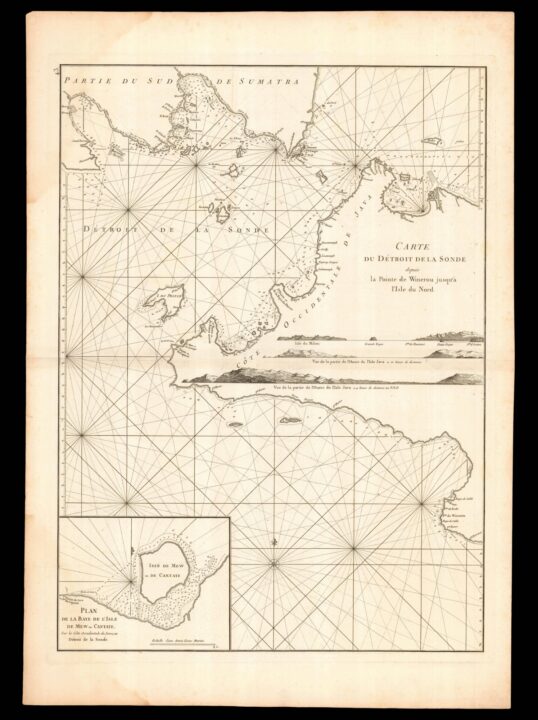