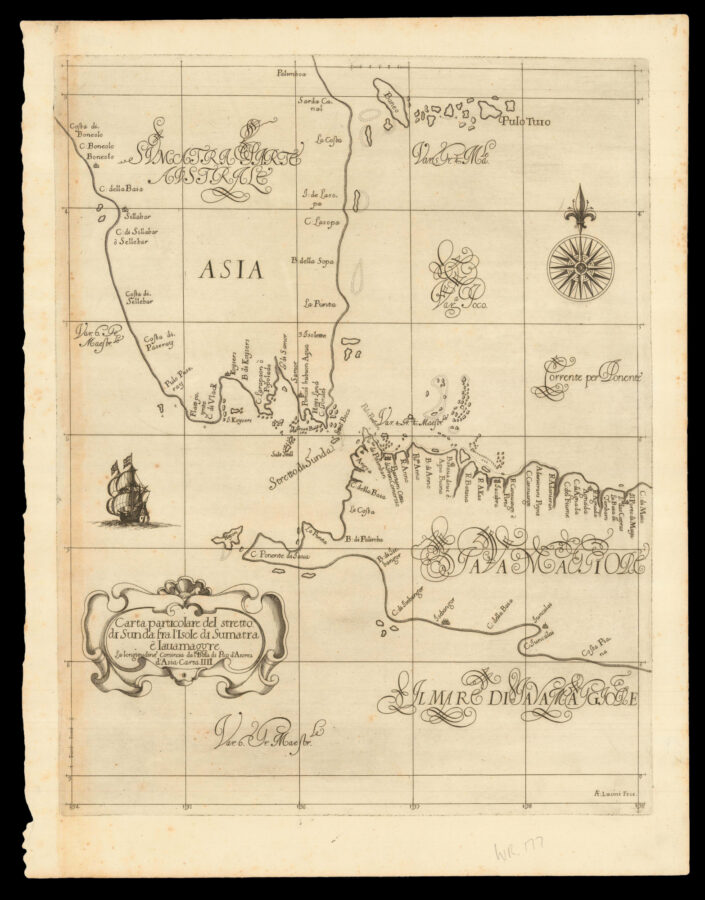 Dudley’s beautiful chart of the Sunda Strait between the island of Sumatra and Java, showing Batavia, other coastal towns, harbours and islands. The chart is based on various sources, but essentially expands on the first large-scale map of the Strait by Lucas Janszoon Waghenaer in his ​‘Thresoor’ of 1602. The Strait had been of great importance to the Dutch in their early attempts to establish a stronghold in Southeast Asia as the Malacca Strait, between Sumatra and the Malay peninsula, had been historically controlled by the Portuguese. 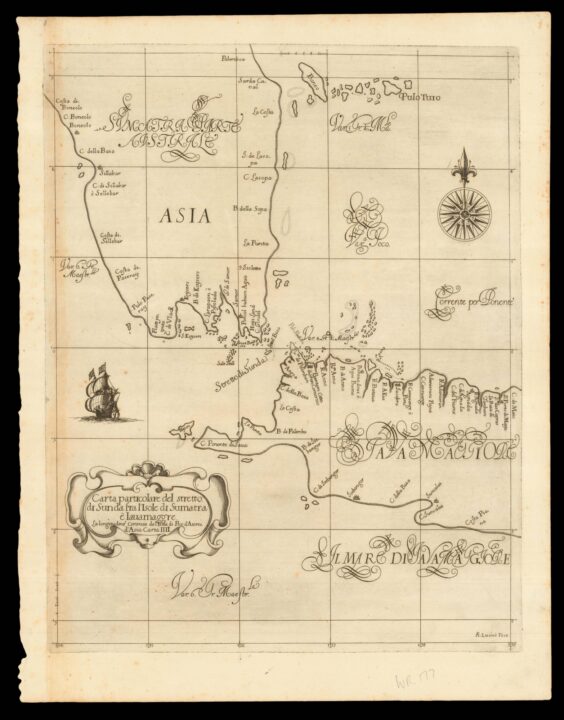