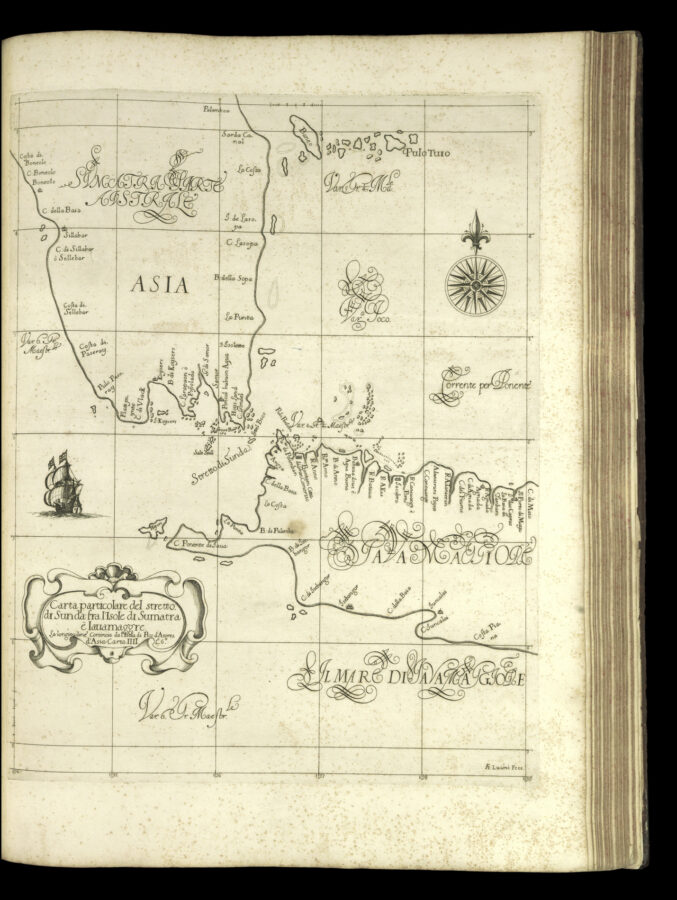 Map showing the Sunda Strait between the islands of Sumatra and Java in Indonesia.