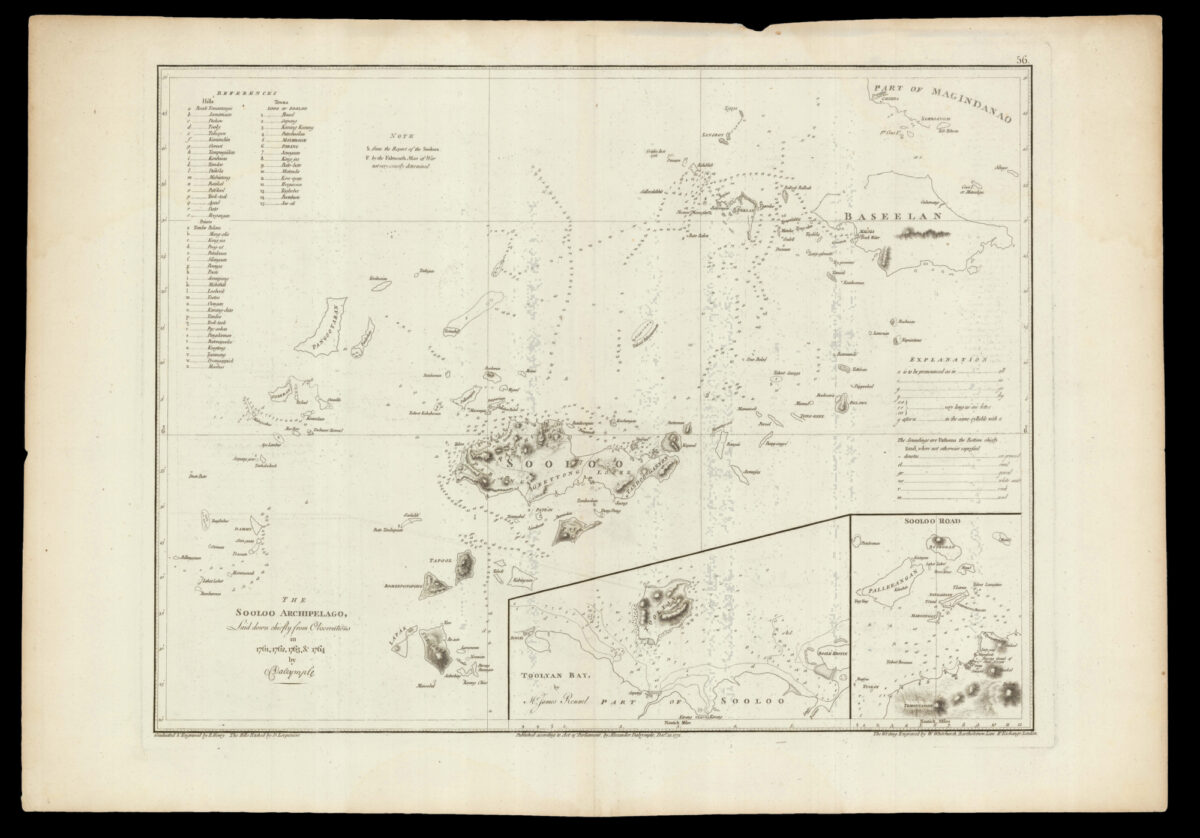 Navigable chart of the, present-day, Sulu Archipelago, northeast of Borneo, with two smaller inset charts of ​“Sooloo Road” and ​“Toolyan Bay” by James Rennel. As early as April 1766, Dalrymple had approached the EIC with the idea of issuing a series of uniform charts of Borneo, Palawan, Mindanao, and Sulu, that would help to promote his plan of creating a trading settlement on the island of Balambangan. The charts would be based on his own observations made during his two voyages to the area. In 1769 the EIC issued Dalrymple with a grant to support his project, which resulted in ​‘A collection of Charts and Memoirs’ (1772). 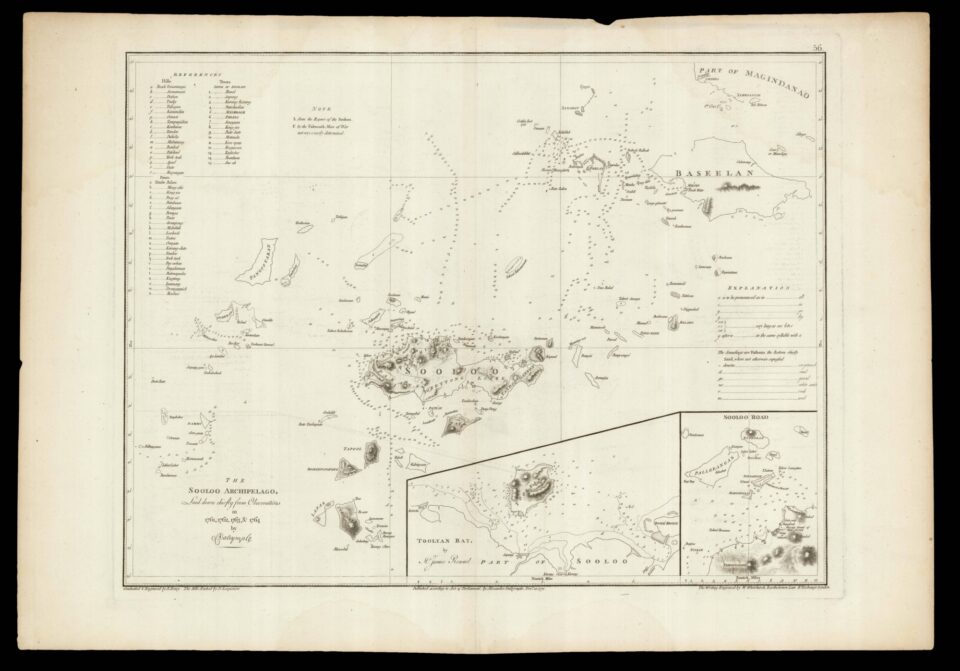 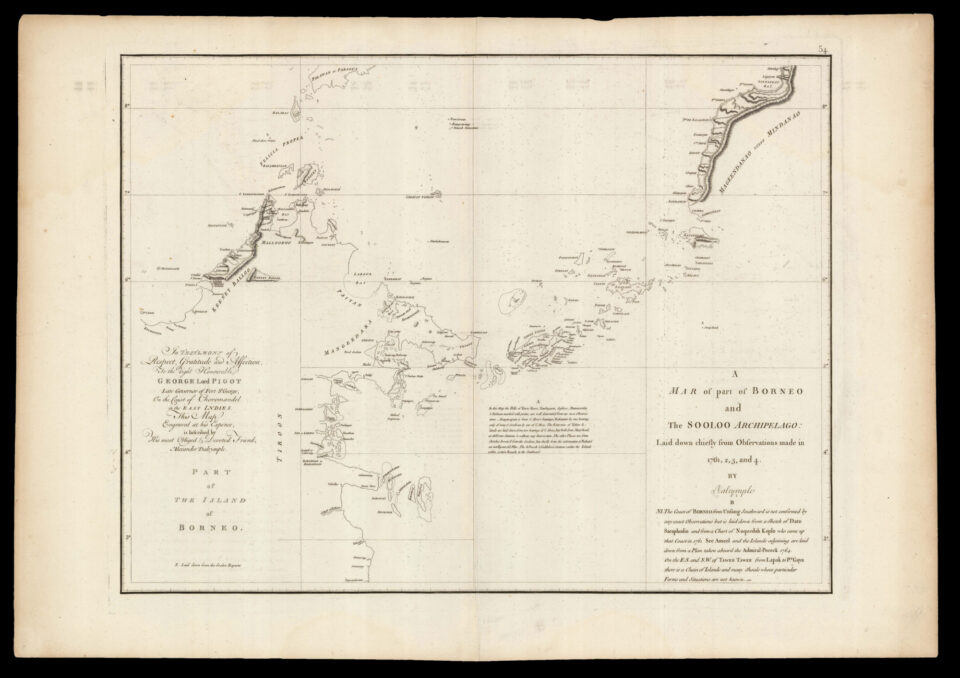