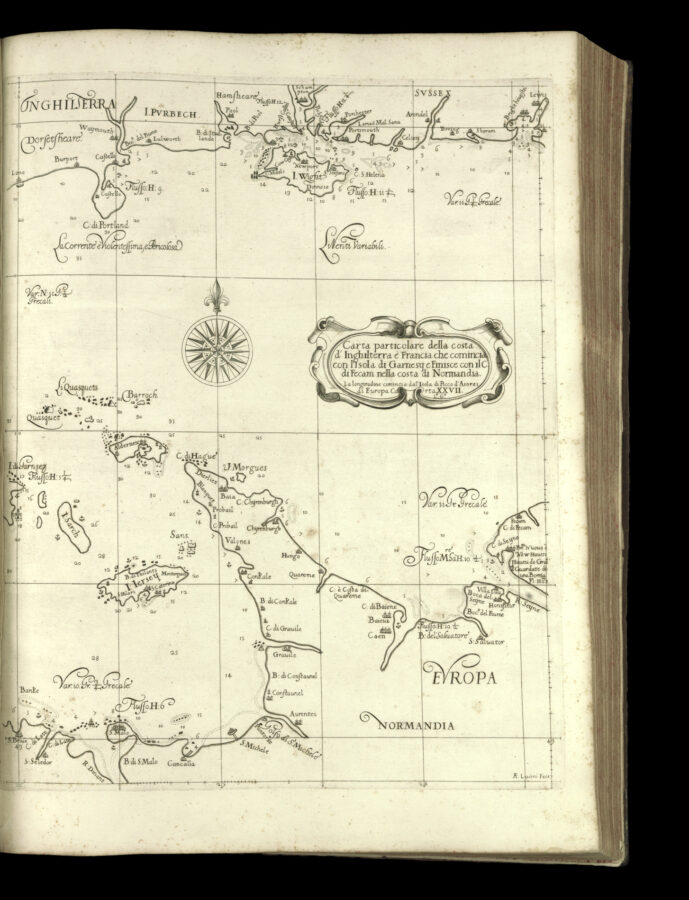 The southern coast of England

The map shows the southern coast of England from Dorset to Sussex, the Isle of Wight, the Channel Islands and the coast of Normandy in northern France.