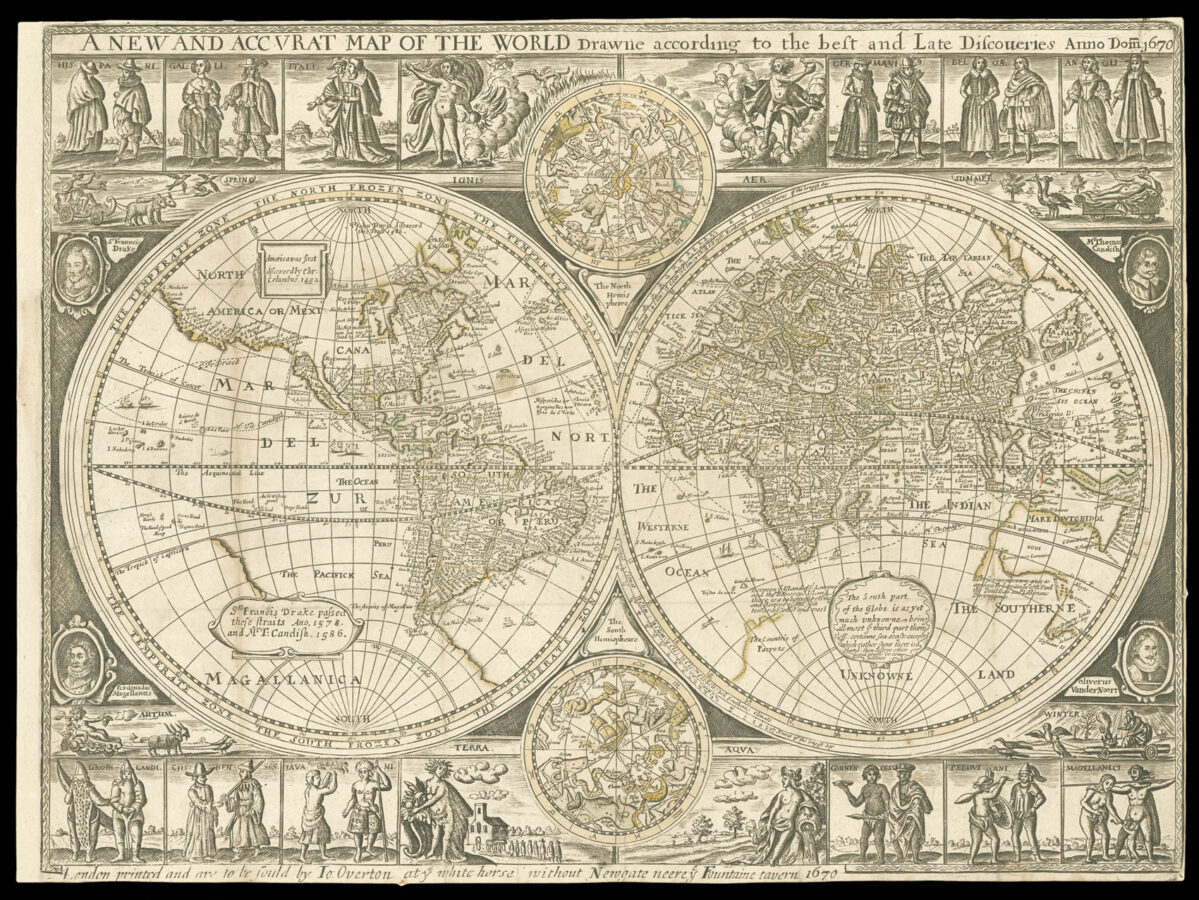 “The South part of the Globe is as yet much unknowne…”

A New and accurat map of the World drawn according to the best and late Discoveries Anno Dom. 1670.

The map is based upon Peter Stent’s world maps of 1657 and 1663, which had been purchased along with the rest of Stent’s stock by John Overton in 1665. The hemisphere’s are drawn from Stent’s map of 1663, with the outer decoration in part taken from the Visscher-Stent map of 1657.

The map marks the voyages of both Cavendish and Francis Drake, California is depicted as an island. Antarctica ​“is as yet much unknowne being all most ye third part there off certaine sea coasts expected which rather shews there is a land…”. Australia is said to be ​“very great as appears by ye writings of M. Paul the Venetian[Marco Polo] and Ludovicus Vartomams [Ludovico di Varthema]”.

Surrounding the map are vignettes of Magellan, Drake, Cavendish, and Van Noort; the first, second, fourth, and first Dutchman respectively to circumnavigate the globe. To the four corners are the personification of the seasons, and above and below the centre of the map are representations of the northern and southern heavens. To the borders are personifications of the four elements together with depictions of peoples for the four continents.

Rare we were only able to trace one example coming up for sale in the last 30 years.

John Overton 1706 [but 1707].
A New Mapp of the Citty of London much Inlarged since the Great Fire in 1666 in which are several Streets places and Buildings of Note which hath been Added since aney other Mapps of London before this hath been Published.