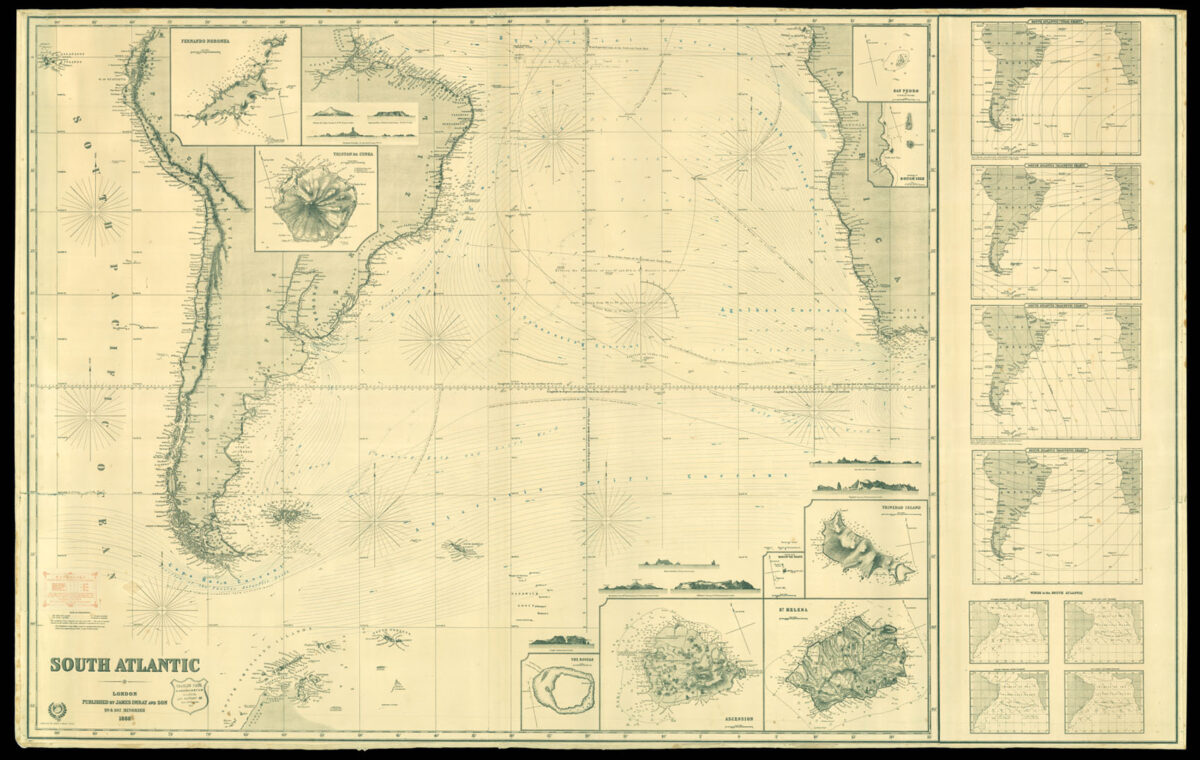 The chart stretches from the Galapagos Islands in the west to Cape Town in the east, and from Guyana in the north to South Shetland Islands in the south. As well as nine inset charts of islands and major ports the chart also includes four charts depicting magnetic variation and four wind charts. 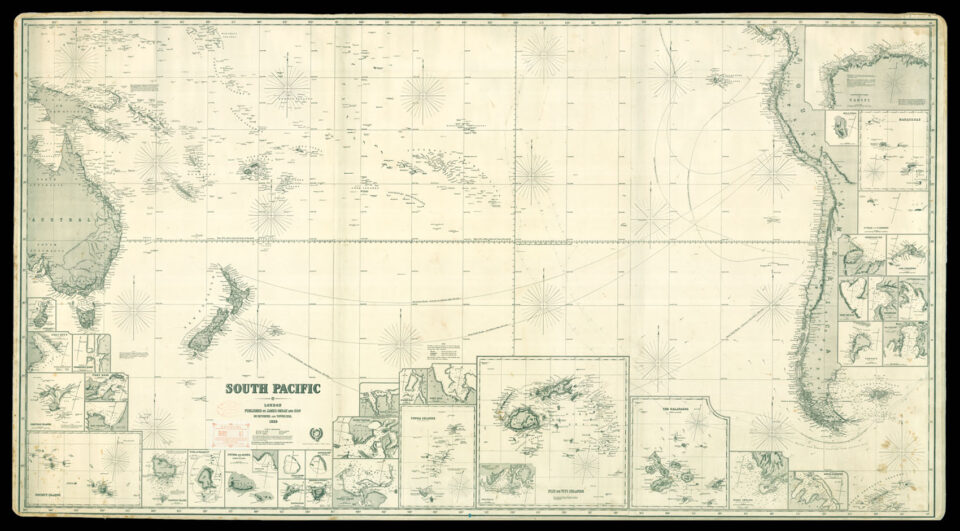