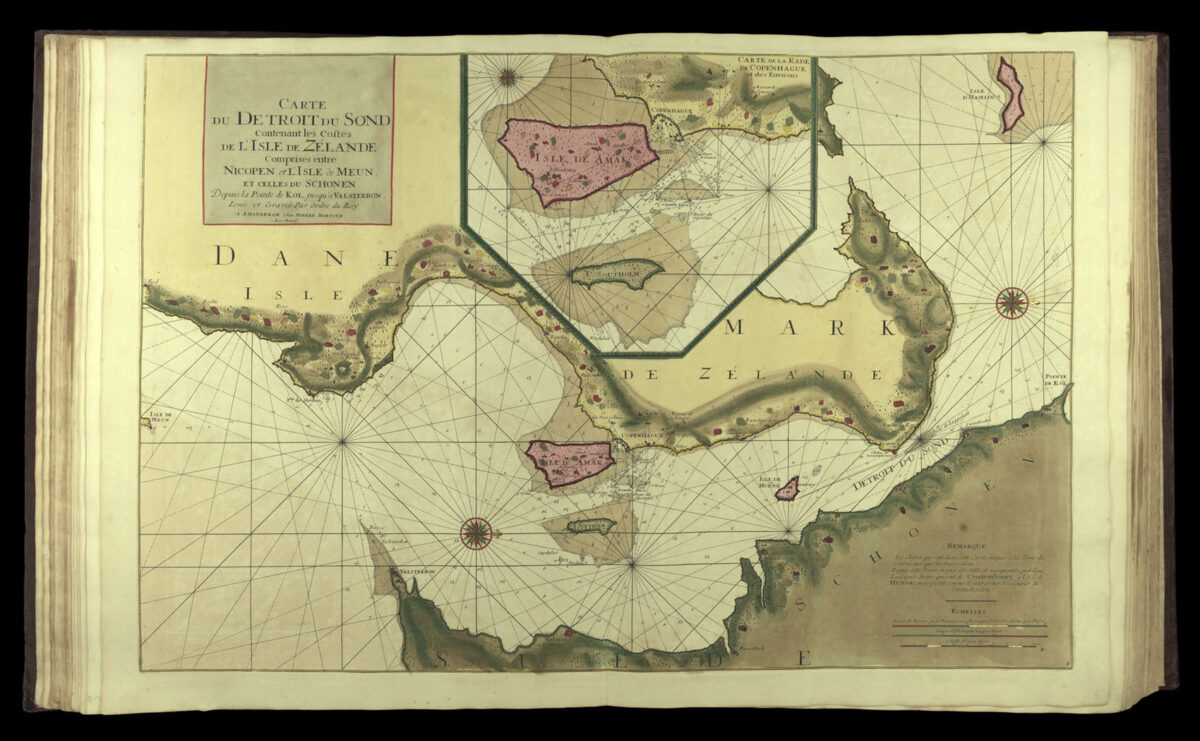 The Sound dividing the Sjaelland in Denmark and Schonen in Sweden

A chart of the Sound dividing the Sjaelland in Denmark and Schonen in Sweden, oriented to the west. Copenhagen is visible on the coast of Sjaelland, with an inset showing the city in greater detail.