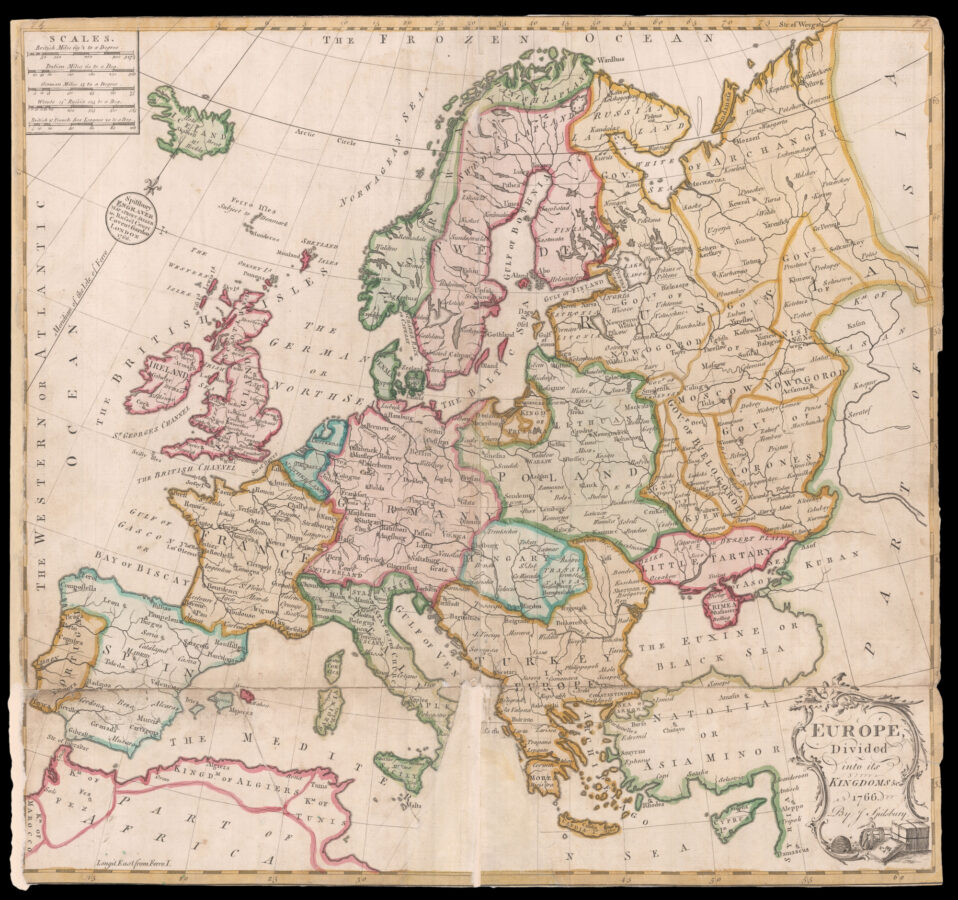 Europe divided into its kingdoms, etc. 1766. By J. Spilsbury.

The present example, dated 1766, is the first of Spilsbury’s maps to be transformed into a puzzle, and is thus mistakenly believed to be the first ever jigsaw, Madame de Beaumont being widely overlooked. Furthermore, Spilsbury had appeared in Mortimer’s Universal Director for 1763, where he is described as ​‘Engraver and Map Dissector in Wood, in order to facilitate the Teaching of Geography’, suggesting that was already making jigsaw maps by this time, although no earlier ​‘dissected map’ survives. His map of Europe nonetheless remains an important marker in cartographic history, the present example being made even more unique by the fact that it remains undissected.

Cartographically, the map covers the whole of Europe, extending from Iceland in the upper left-hand corner down to the island of Cyprus in the lower right-hand corner. Each kingdom is distinguished by colour outline and colour wash, with its principle cities, rivers and bodies of water identified by name. In the upper left-hand corner, there is a scale bar beneath which Spilsbury’s imprint is to be found. When dissected along the national borders, the map would be transformed into a puzzle of fifty pieces.

Exceedingly rare; we are only able to trace one institutional example: the British Library, lacking four pieces; and one example appearing at Sotheby’s in 2018, lacking three pieces.