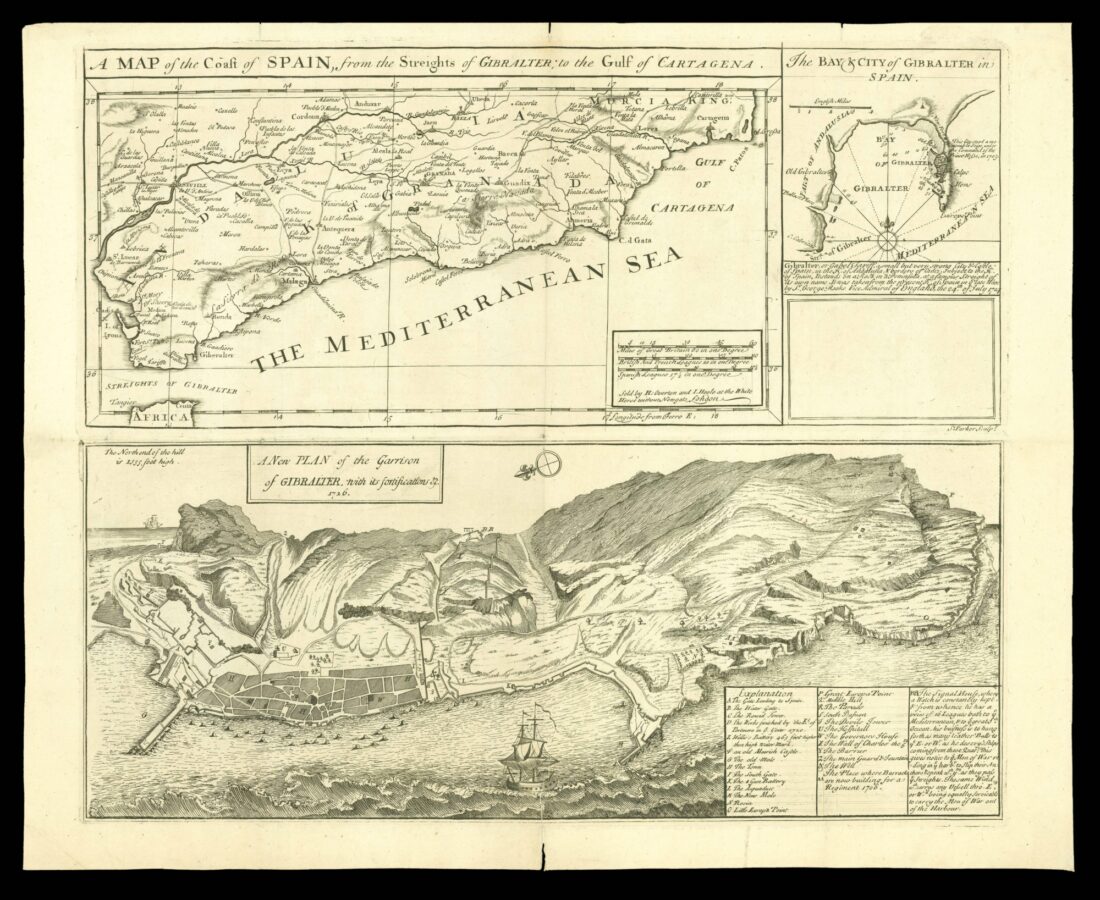 The siege of Gibraltar

A Map of the Coast of Spain, from the Streights of Gibralter to the Gulf of Cartagena. S. Parker sculpt. Sold by H: Overton and I. Hoole at the White | Horse without Newgate London.
A New PLAN of the Garrison of GIBRALTER, with its fortifications &c. 1726.

Very scarce composite sheet depicting Gibraltar from the siege of 1727; the sheet bears a general map of the south-eastern coast of Spain from Seville and Cadiz to Cartagena, with an inset of the Straits of Gibraltar (194 x 469 mm); printed below, from a second plate, is a plan of Gibraltar’s fortifications (195 x 471 mm).

The partnership of Overton and Hoole can be dated, from newspaper advertisements located thus far, from 6th August, 1724 to 8th — 10th May, 1733. A joint catalogue, dated 1734, probably denotes the partners’ attempts to liquidate their joint assets, although the partnership finally ended with Hoole’s death on 25th December, 1734.

The map of the coast of Spain is here in its first recorded state, with the blank inset frame at bottom right. In the second state, a map of Minorca was inserted there.