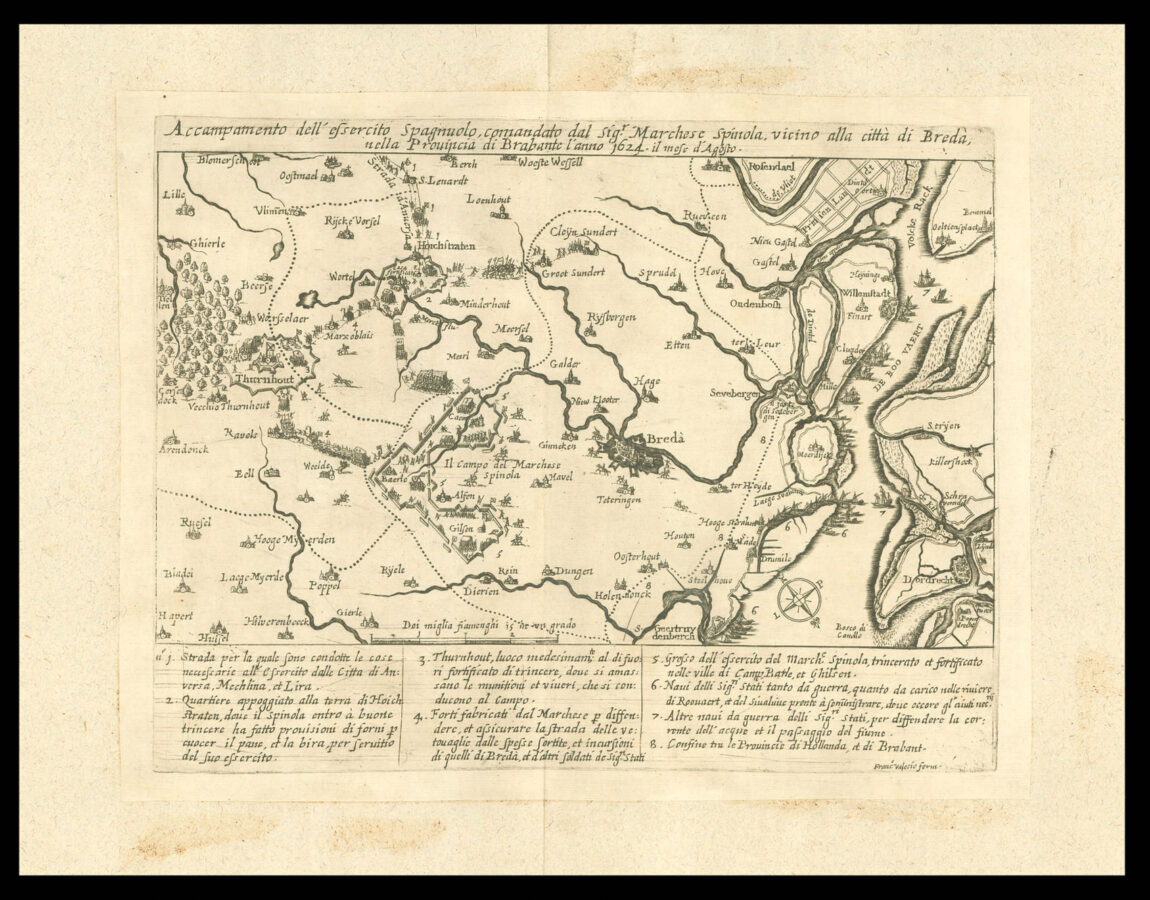 The Siege of Breda

Rare Italian plan of the build-up to the siege of Breda, 1624–1625), depicting the Spanish army, commanded by Ambrogio Spinola taking up position outside the city in August 1624.

Breda was strongly fortified, with a garrison of about seven thousand men. Spinola blockaded the city, and successfully drove off two attempts to relieve the place; finally, after a siege of eleven months, the garrison, commanded by Justin of Nassau surrendered.