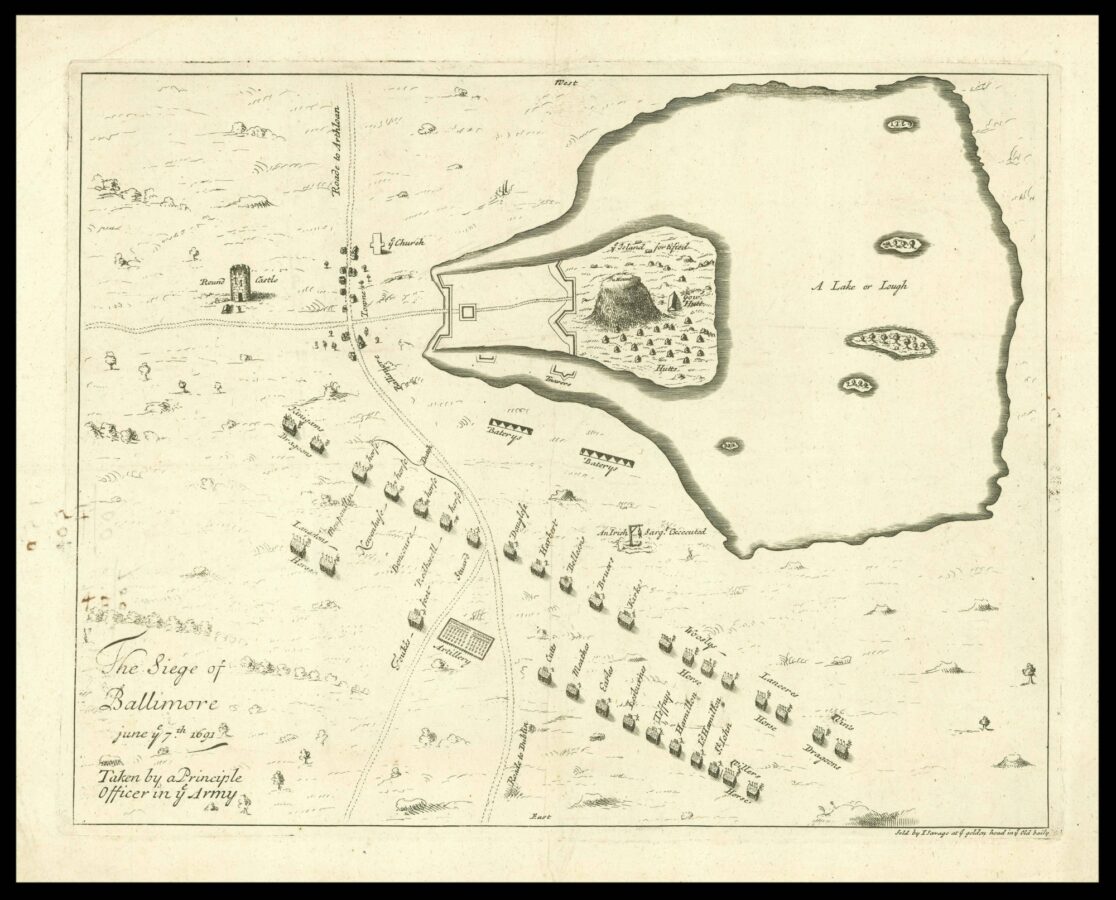 The siege of Ballymore

The Siege of Ballimore June ye 7th 1691 Taken by a Principle Officer in ye Army.

This small plan illustrates the siege of Ballymore in 1691, and is one of the most significant of the printed plans made of the battle. Following the Glorious Revolution, the deposed James II rallied his forces in Ireland, where he was followed by the forces of William III. While advancing on Athlone, William’s forces came upon a Jacobite force of about one thousand men fortifying the island fort of Ballymore. First, they took a small outpost and promptly hanged the commanding sergeant. The gallows is visible on the shore of the lake. They then settled down to a heavy bombardment of the island’s defences, forcing the Jacobites to surrender after two days.

John Savage (fl. 1683–1701) was a London-based engraver, printseller and publisher. He may have prepared this map to accompany a newsletter description of the siege: at least three were printed in the aftermath of the battle, although none are illustrated. It is possible that the rapid advance of William through Ireland, capturing Athlone and routing the Jacobites in the Battle of Aughrim, brought the war to an end so swiftly that the plan was no longer relevant to the customers it was intended for, hence its rarity.

No other copies are known.