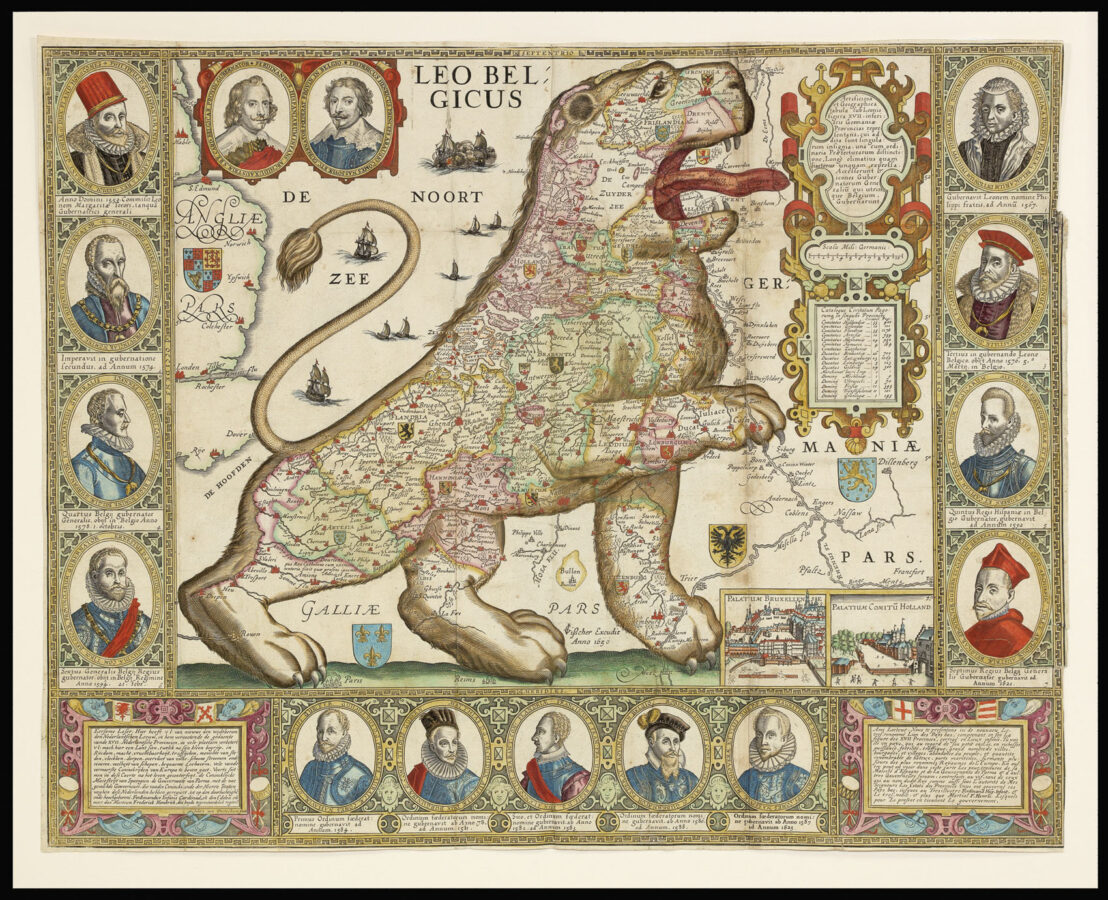 The separation of the Low Countries

A rare separately issued map of the Low Countries in the shape of a lion.

The map was first published by Johan van Doetecum in 1598. The plate was still in van Doetecum’s possession in 1626, as an inventory was made of his stock after the death of his wife Magdalena. The plate then passed into the hands of Henricus Hondius when, in 1630, van Doetecum’s stock was auctioned off following his death. Hondius made some minor changes and reissued the plate in 1630. The plate was then acquired by Claes Janzsoon Visscher in 1650, who issued this version.

For the new edition Visscher has added portraits of Archduke Ferdinand (Governor of the Spanish Netherlands 1634–1641) and Prince Frederick Hendrik of Orange (Stadtholder 1625–1647) to the upper left corner. To accommodate the new portraits the lion’s tail has been shortened, and the title moved, with a new configuration of text and images in the sea. There has been a slight amendment to the Dutch and French text to the lower left and right. Van Doetecum’s imprint has been amended, Hondius’ erased and Visscher’s added below the legs of the lion. The lion itself stands upon a hatched base, with the text below the portraits of Prince Maurice and Archduke Albert having been altered.