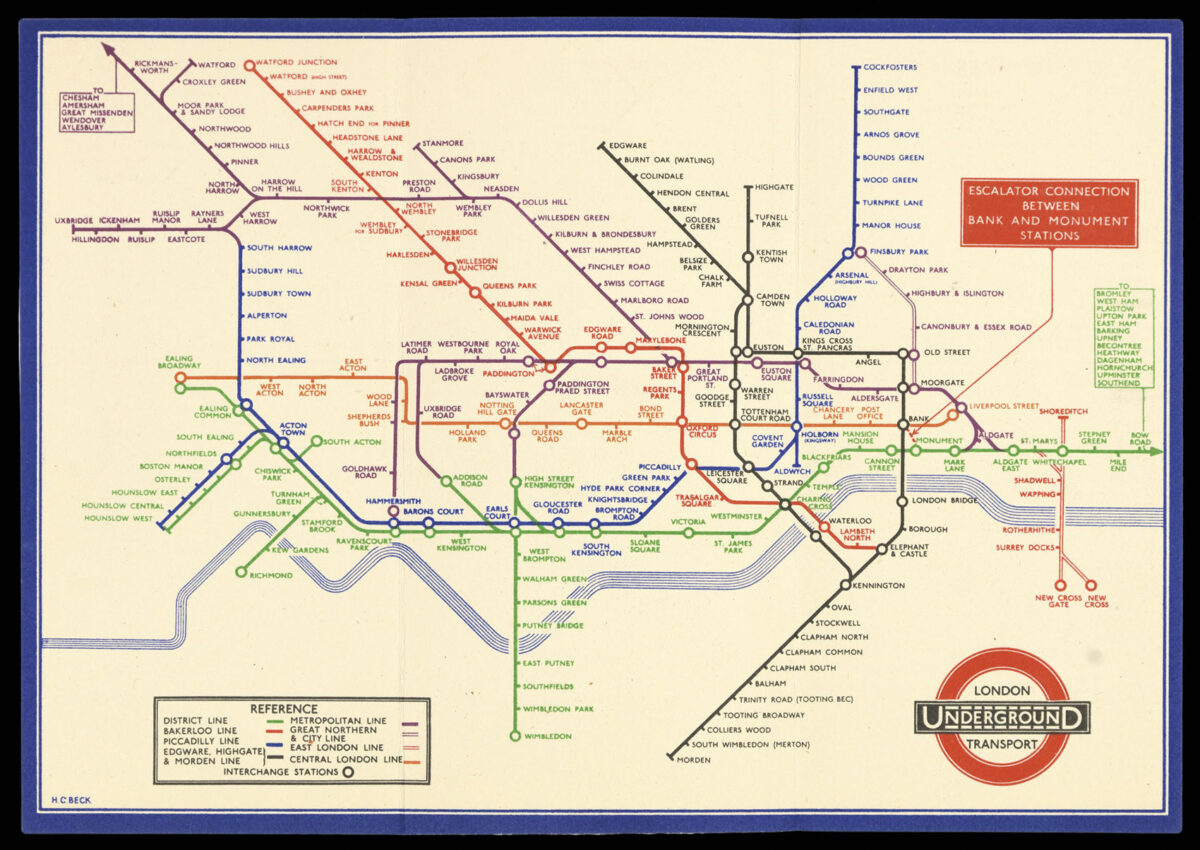 The second state of a design classic

The present example is the second state of the map issued in June of 1933. Minor changes have been made: the interchange stations are now marked with a circle; the Piccadilly Line now extends to Cockfosters; the Metropolitan Line to Aylesbury; and there is an escalator connection between Bank and Monument. 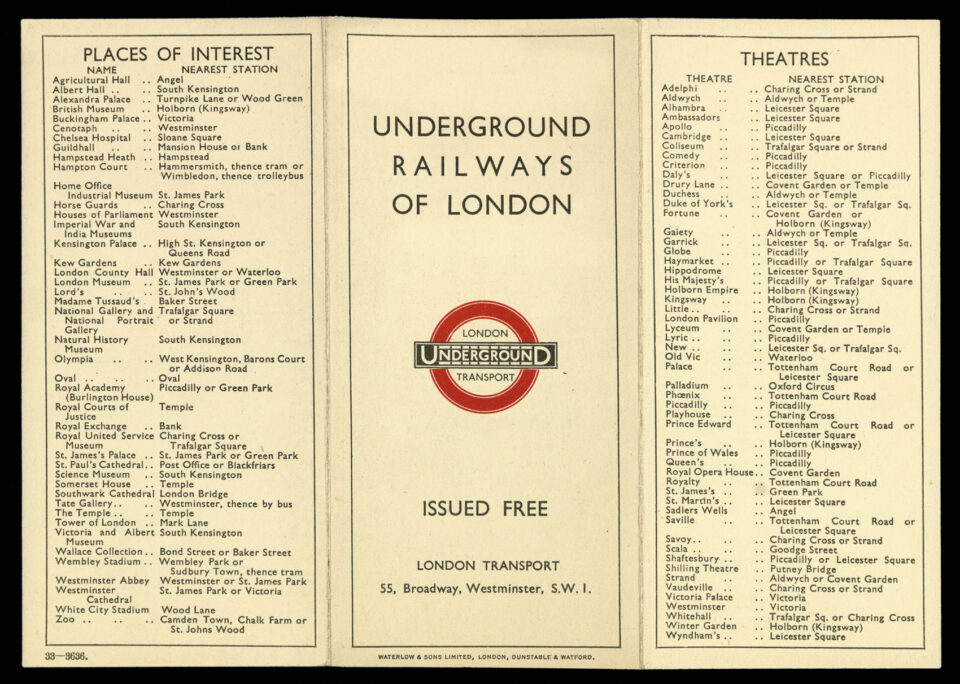