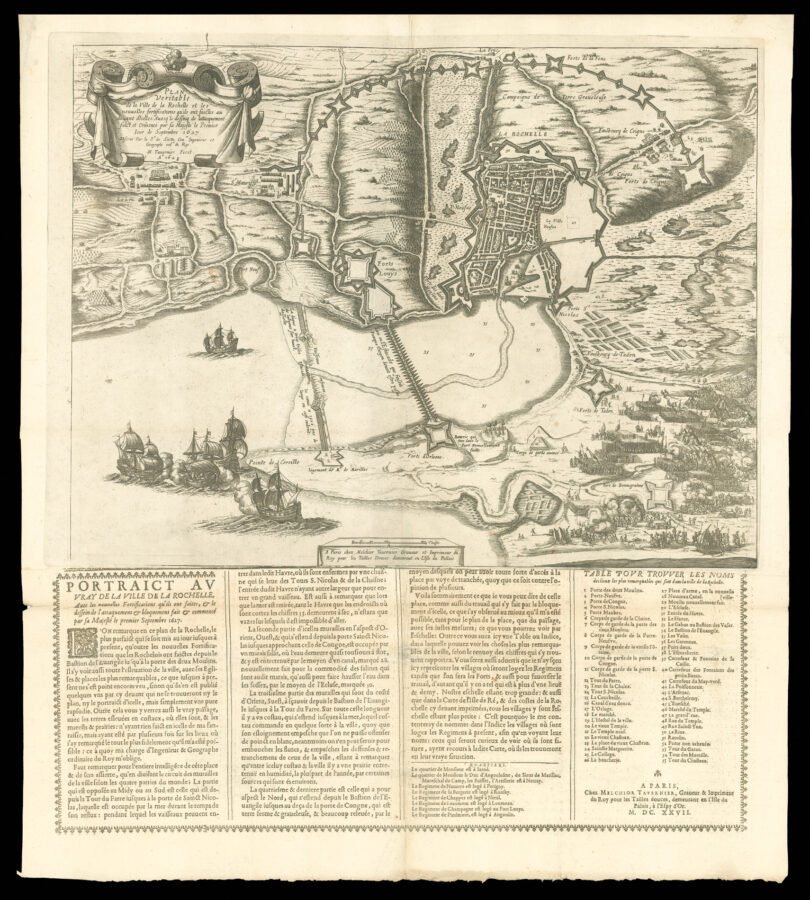 The second stage of the blockade at La Rochelle

Rare broadside plan of the siege of La Rochelle, first published in September 1627, here in a second state, printed in 1628.

In the title the date, 1628, has been inserted after Tavernier’s name. Within the map, the city defences of La Rochelle are infilled with a street plan, keyed to the letterpress below (not found with the BNF exemplar of the first state). Along the southern coast of the harbour, the curtain wall of forts between ​‘Forts d’Orleans’ and ​‘Fort Tadon’ has been erased. The existing line of ships forming a barrier across the harbour is now labelled ​‘Lisu ou l’Estacade qui faisoit Pompee Targon deuoty estre passee’; a second barrier, composed of two piers with a central line of ships is now inserted on the seaward side, the southern end anchored at ​‘logement de M.r de Marillac’.