A New and Exact Plan of Gibraltar With all its Fortifications as they are at Present. Shewing the Great Strength and Use of it, &c. Humbly Inscribed to ye Rt. Honble. the Earl of Portmore, By H. Moll G.

Herman Moll (c1654-1732) was a German engraver, mapmaker and publisher active in London from about 1678 until his death in 1732. Although principally employed as a jobbing engraver, Moll published a number of interesting and important broadside maps, of which this is one.

Although undated, number 5 in the key refers to ​‘Place where at this time Barracks building for a Regiment Ap: 15. 1726. 6. The Great Church.’, while the dedication is to David Colyear, 1st Earl of Portmore, Governor of Gibraltar. The plan was presumably engraved either in anticipation of, or during the second Spanish siege; Portmore was in England when the siege began, but sailed there with a relief force, arriving on 1st May, 1727.

British command of the sea, coupled with the natural features of the Rock of Gibraltar on the landward side of the peninsula, combined to thwart Spanish ambition, and the siege petered to an end in 1728, with the garrison never seriously troubled. 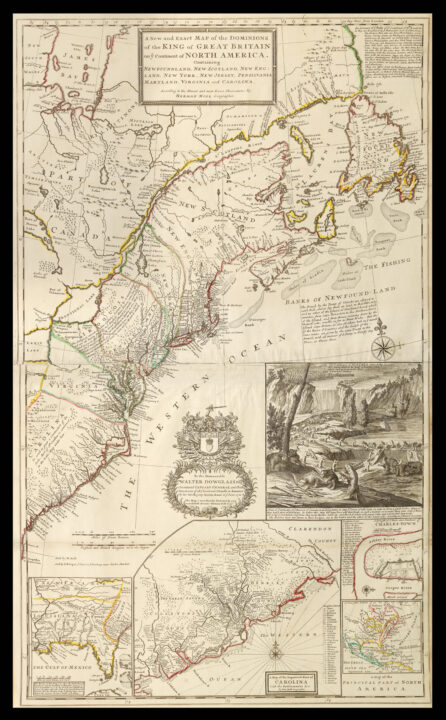