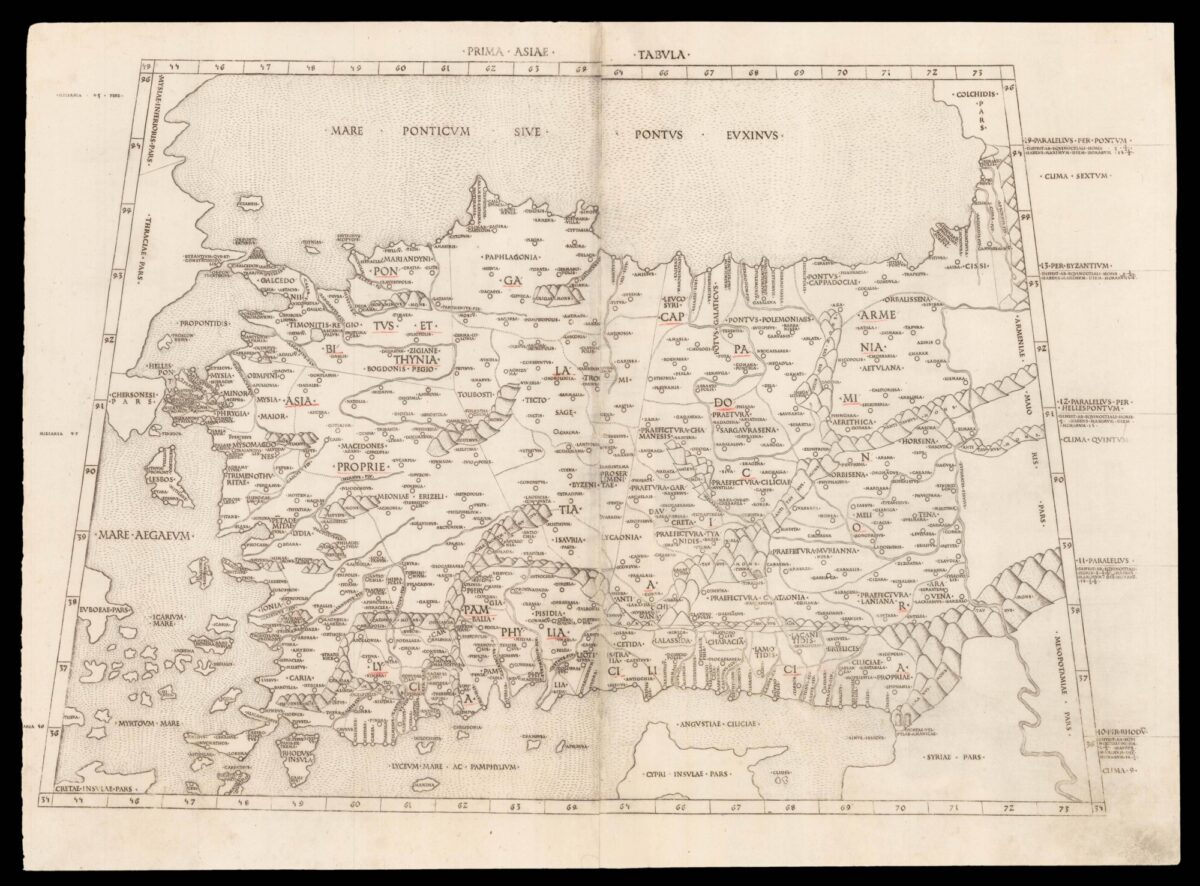 The second printed map of Turkey

Fine Ptolemaic map of Turkey, one of the earliest maps of the country, from the 1507 Rome edition.