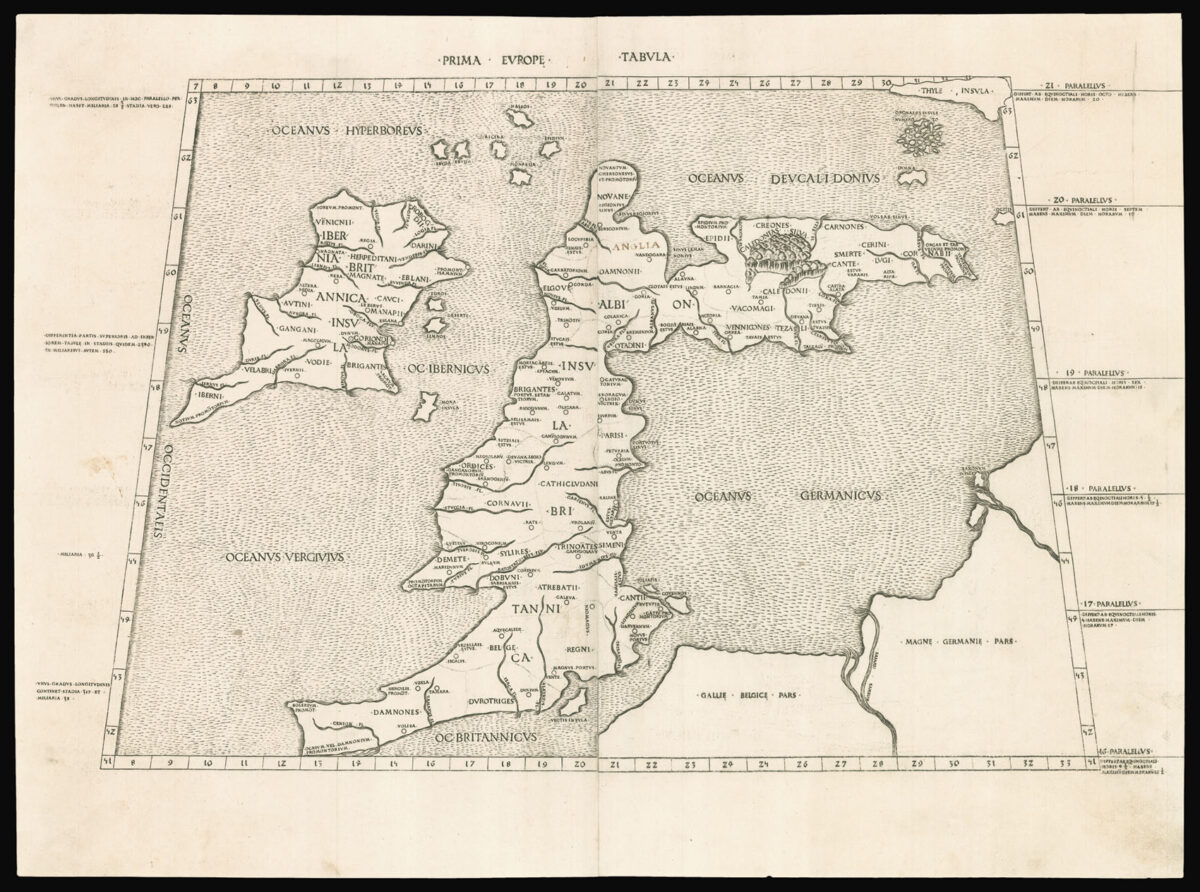 The second printed map of the British Isles

The second printed map of the British Isles, and a representation of what Ptolemy considered to be the edge of the known world. The coastline is harshly rendered, Ireland is too far north, and Scotland is elongated and droops to the right. The main towns are highlighted with a circle and a dot, whilst the sea is pock-marked.