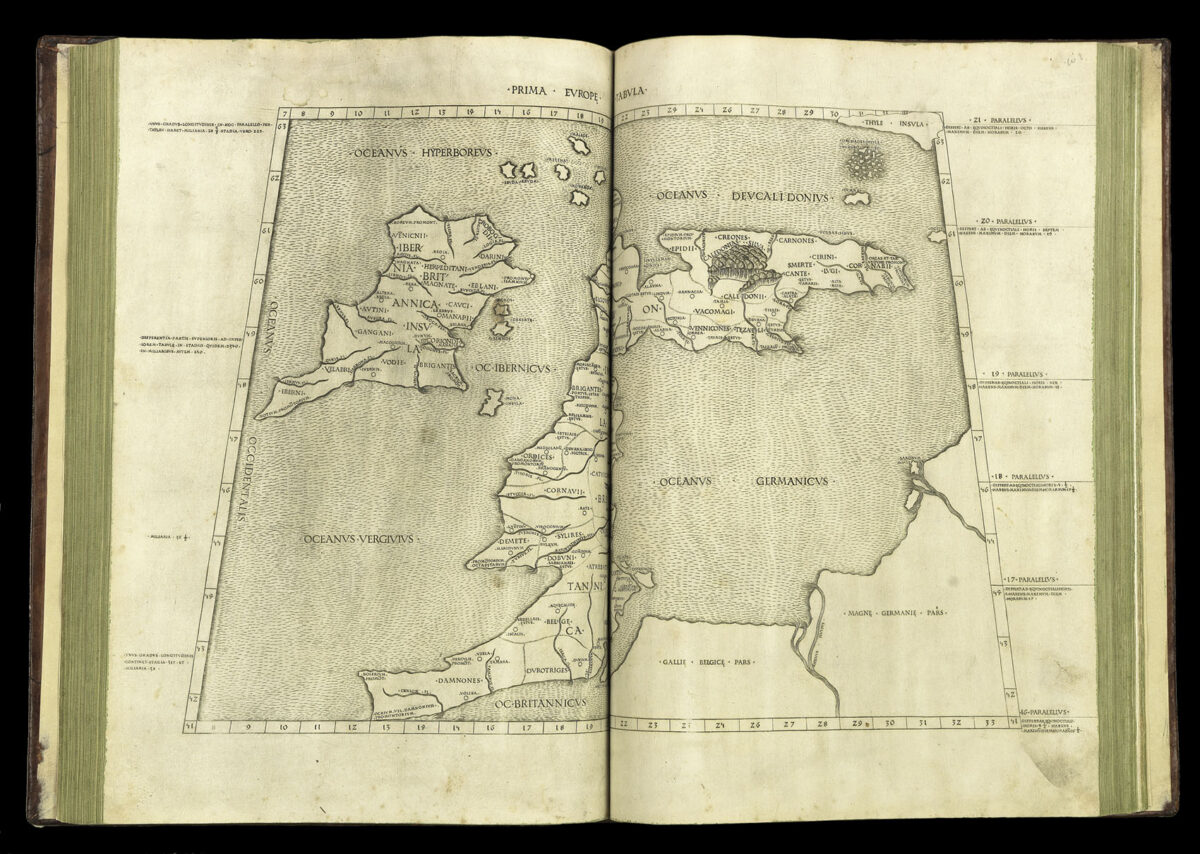 The second printed map of the British Isles

This is only the second printed map of the British Isles, and a representation of what Ptolemy considered to be the edge of the known world. Scotland is elongated and droops to the right; Cornwall is also extended.