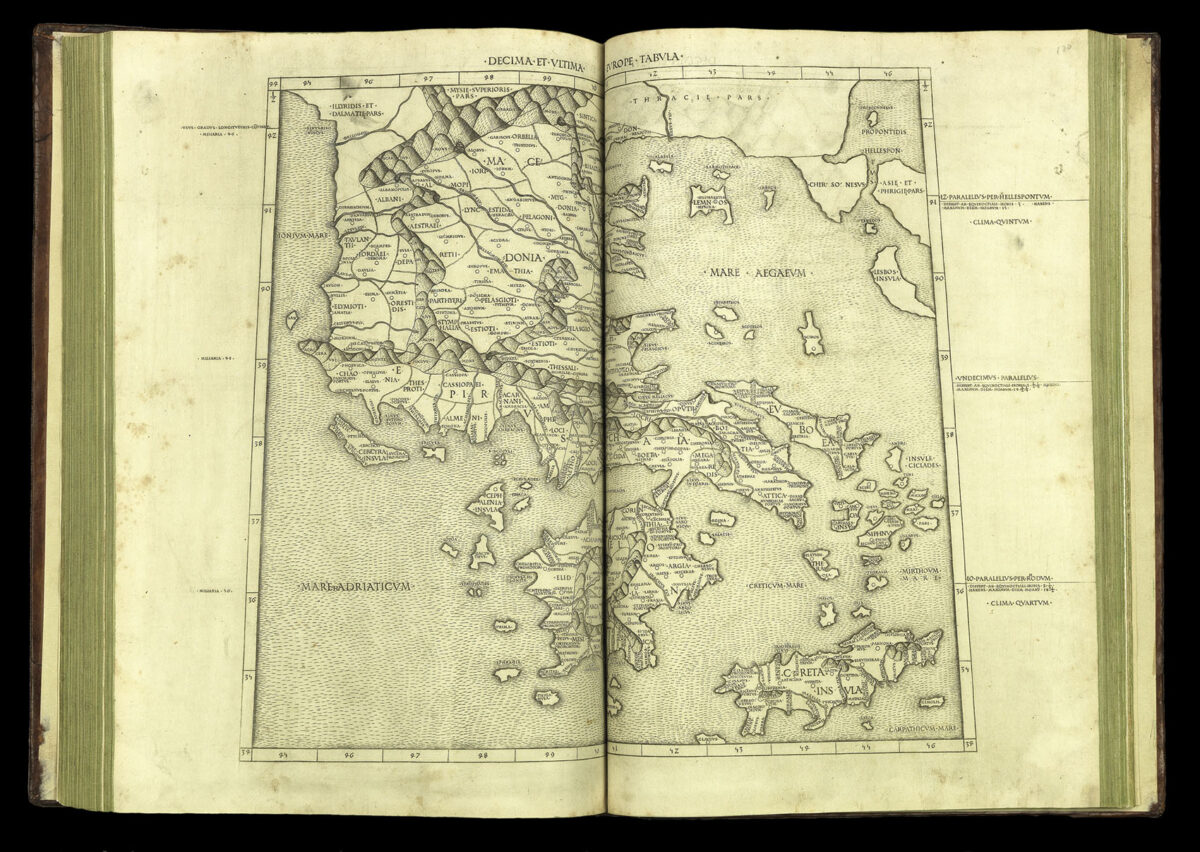 The second printed map of Greece

This is only the second printed map of Greece, covering Dalmatia and the island of Crete surrounded by the Adriatic and Aegean. The Hellespont appears in the northeast.