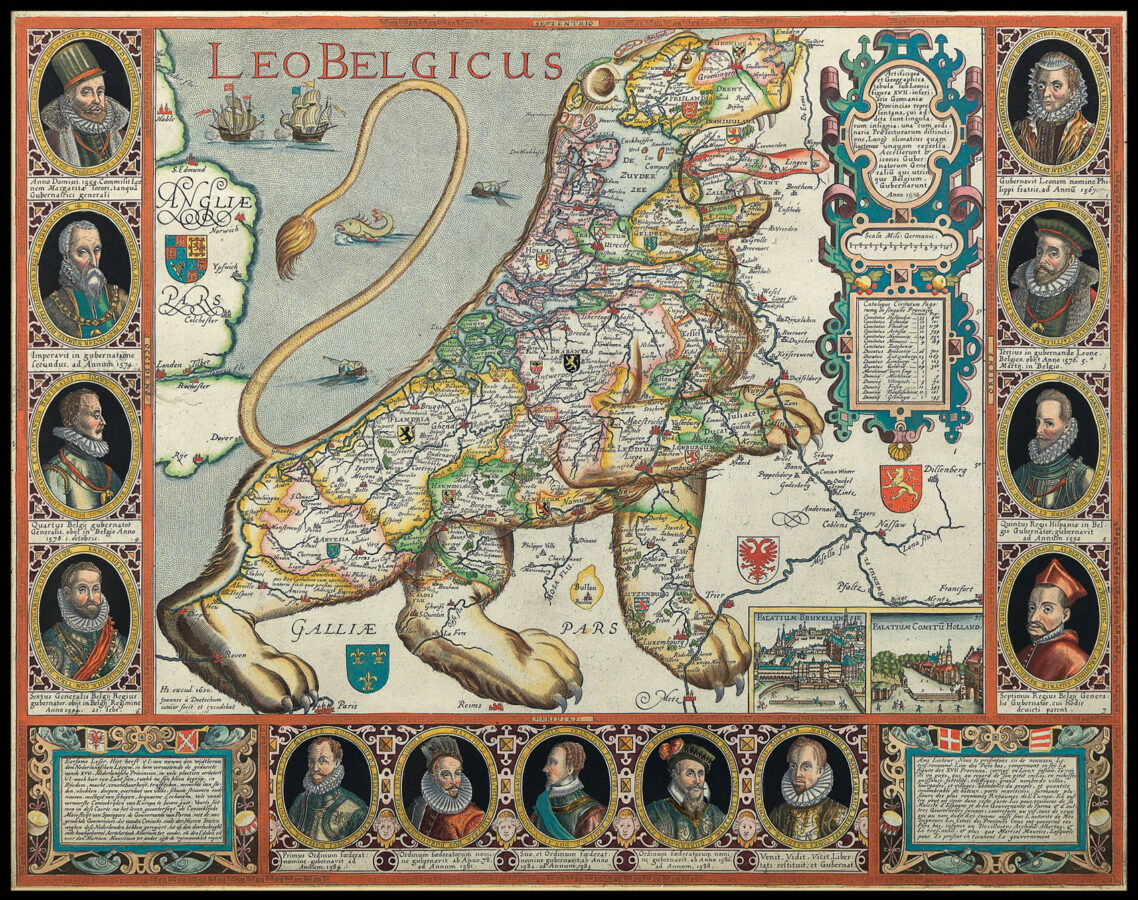 Rare separately issued map of Holland in the shape of a lion.

The map was first published by Johan van Doetecum in 1598. We know the plate was still in van Doetecum’s possession in 1626, as an inventory was made of his stock after the death of his wife Magdalena. The plate then passed into the hands of Henricus Hondius when, in 1630, van Doetecum’s stock was auctioned off following his death. It would seem that Hondius wasted no time in reissuing the plate, as the date in the imprint has been rather clumsily altered to 1630, and his monogram added. The only other amendment to the plate is to the English coat-of-arms, which now includes the lion of Scotland and the harp of Ireland.

To the side and lower borders are cameos of the governors of the Netherlands; starting at the top left with Philip II of Spain, and hence reading from left to right: Margaretha of Parma, Ferdinand Duke of Alva, Luis de Requesens, Don Juan of Austria, Alexander Farnese, Archduke Ernest of Austria, and Archduke Albert of Austria as a cardinal. To the bottom border are the governors (‘stadholders’) since the Union of Utrecht (1579), from left to right they are: Prince William of Orange, Archduke Matthias of Austria, Francois Duke of Alencon and Anjou, Robert Duke of Leicester, and Prince Maurice of Orange. The rush to print may explain why Hondius did not change the text below the cameos of Prince Maurice and Albert Archduke of Austria, to reflect that they had both passed away some time ago.

Rare. We are only aware of two institutional examples.