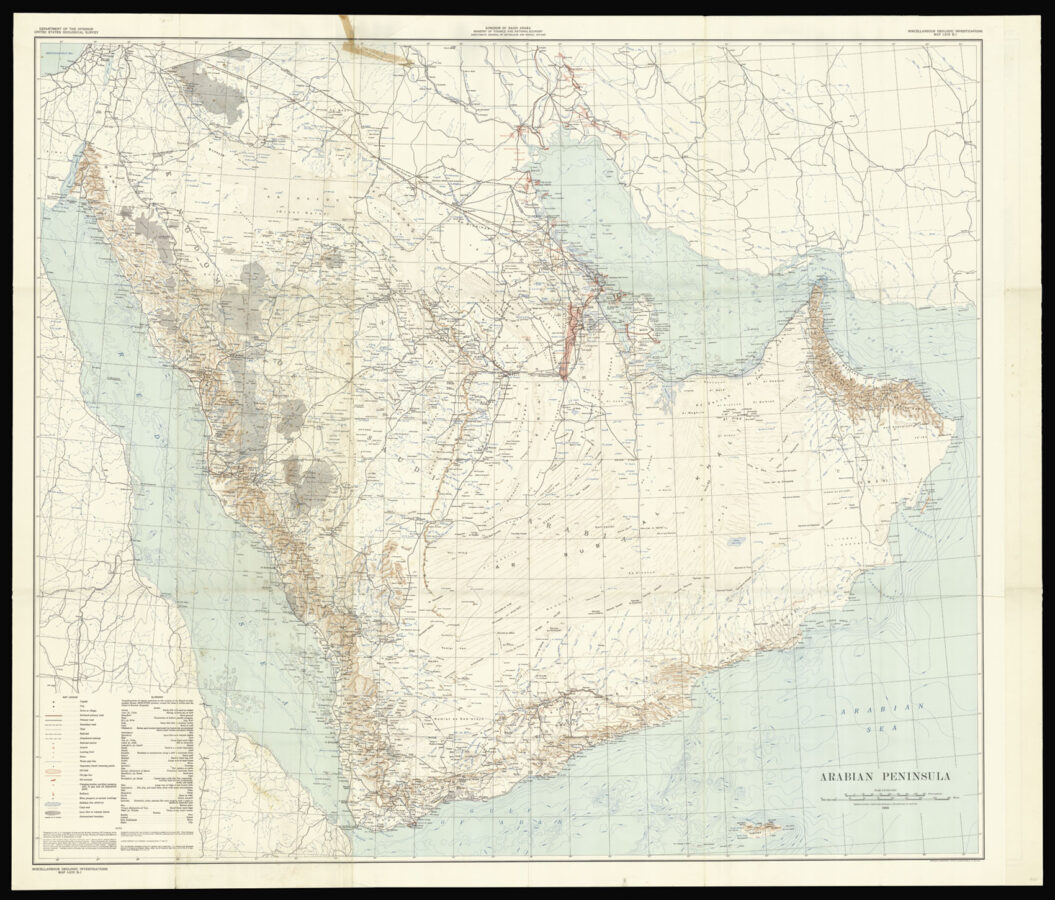 The search for black gold continues

Arabian Peninsula prepared by the U.S. Geological Survey and the Arabian American Oil Company under the joint sponsorship of the Kingdom of Saudi Arabia, Ministry of Finance and National Economy, and the U.S. Department of State.

The map includes the territories of modern day Kuwait, Qatar, Bahrain, United Arab Emirates, Oman, and Yemen. Although the hunt for oil, gas and minerals ultimately drove geological survey work across the region, in its early years it was the need for continual water sources which was the catalyst for Saudi Arabia’s resource exploration. In 1944 King ​‘Abd al-‘Aziz approached the United States for a technical expert who could assist with the identification and plotting of the kingdom’s natural resources, particularly its groundwater reserves. Glen F. Brown, who undertook the task and is responsible for this map, was one of the pioneers of a partnership between the United States Geological Survey (USGS) and the government of Saudi Arabia. This collaboration was one of international importance, spanning the next five decades and influencing the development of the kingdom significantly. By 1954, the Saudi Ministry of Finance, United States Geological Survey (USGS) and Aramco were working together to produce the first full series of geographic and geologic maps of the country. The first of their type in the Peninsula, were published between the late 1950s and early 1960s in both Arabic and English copies.

The information these maps contained formed the basis of subsequent Saudi national development plans. To this day, all modern maps of the kingdom trace their roots back to these publications.u