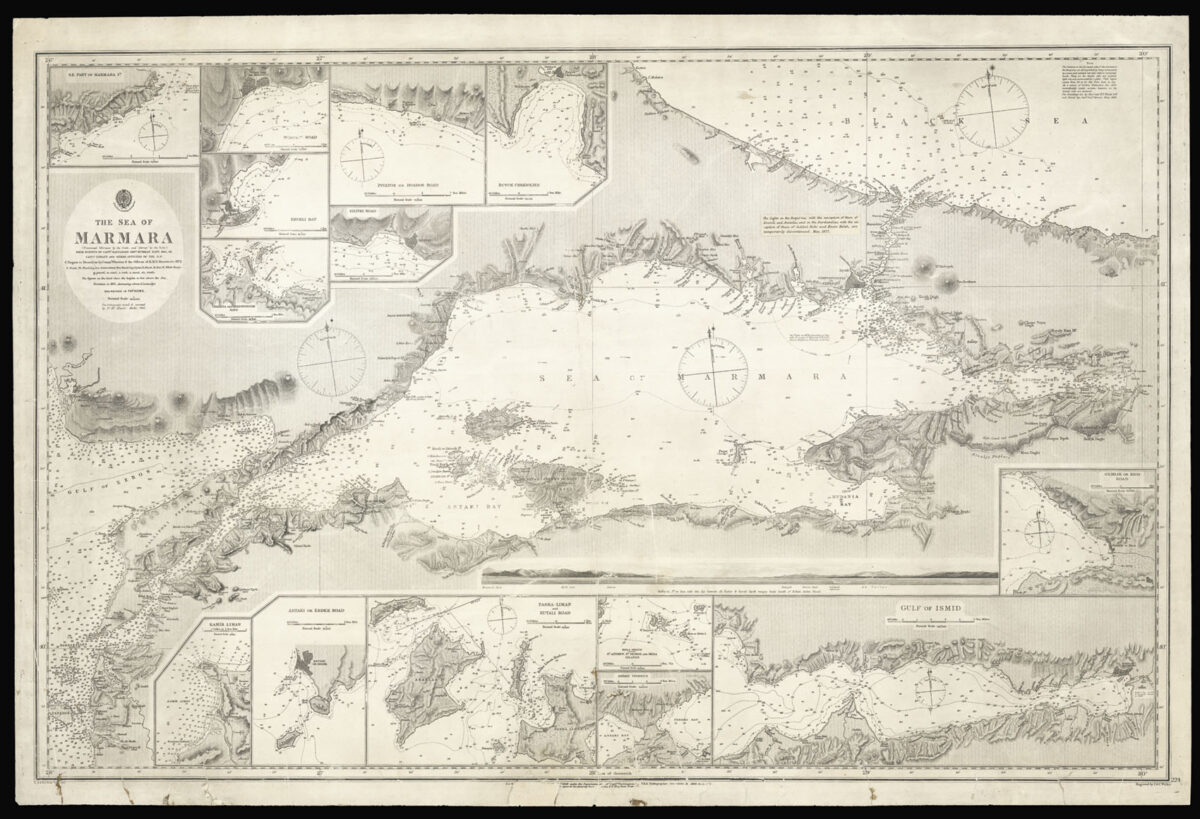 The Sea of Marmara with Istanbul and the Bosphorus

The Sea of Marmara from surveys by Captn Manganari Russian Navy 1845, 48 and Captain Spratt and other Officers of the R.N.

His chart of the Sea of Marmara shows depth in soundings and isolines, relief in hachures, and identifies important towns, cities and ports. Notes about lighthouses and beacons provide additional information that would prove useful for both sailors and the military. Similarly, the 14 inset views on the upper and lower border allow for a more detailed examination of certain significant coastal areas. The imprint in the lower right corner identifies the engraving of this chart as the work of John and Charles Walker. Walker Cartographers had been responsible for naval charts since the British Hydrographic Office was established in the late eighteenth century, and subsequently produced numerous charts of the colonies. While this map is typical of the nineteenth century naval charts produced by the British Admiralty, it is equally rare, with only two institutional examples — The National Maritime Museum, and the Connecticut State Library.