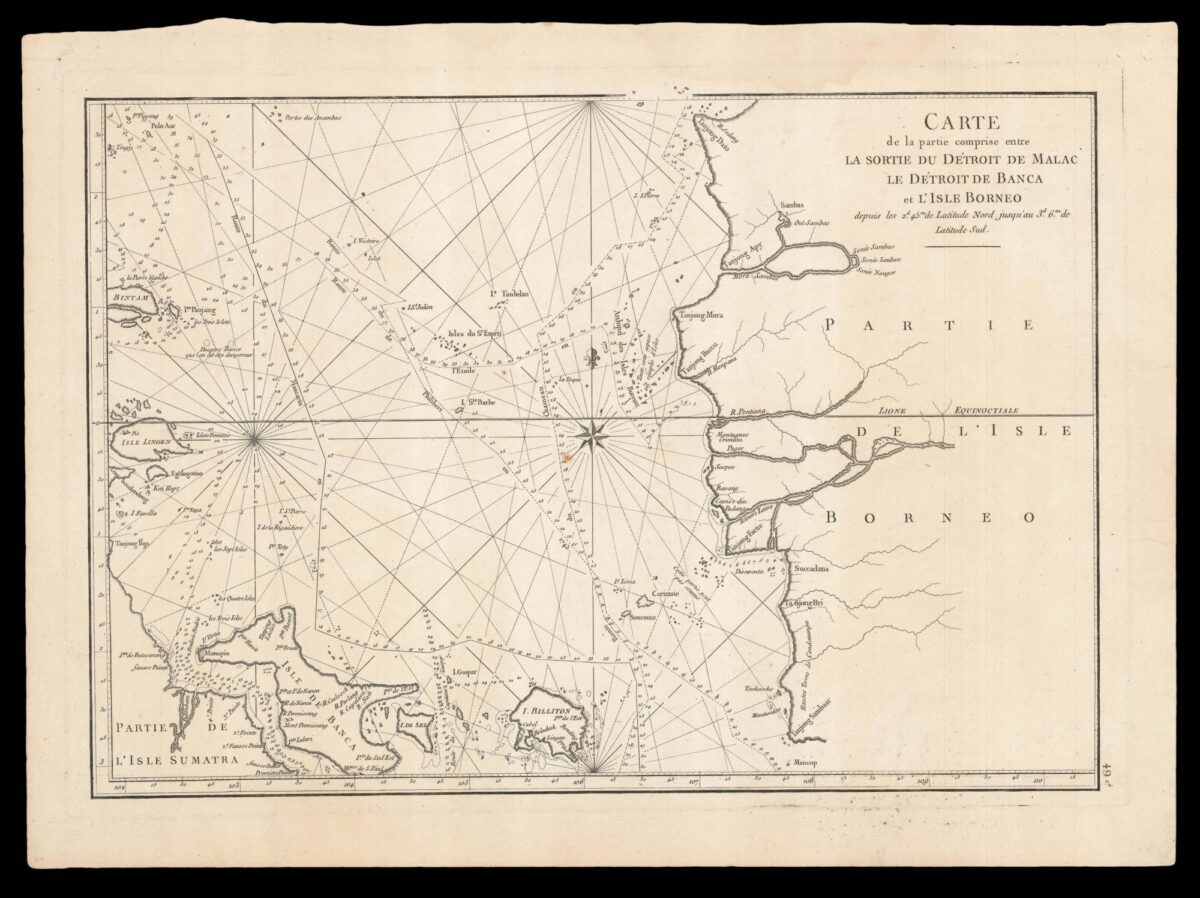 The sea between Sumatra and Borneo

Navigable chart of the waters between Sumatra and Borneo, complete with routes and soundings to 1773. From the second edition of ​‘Le Neptune Oriental’, D’Apres de Mannevillette’s rare sea atlas.