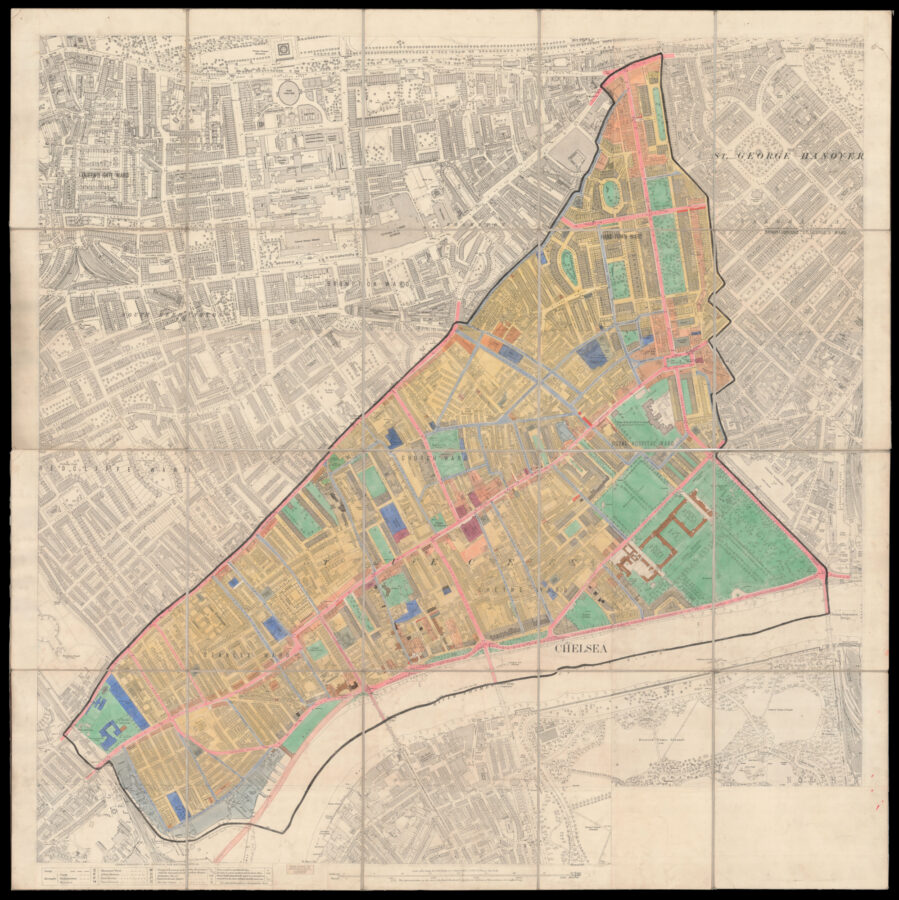 An unusual map of the parish and historical borough of Chelsea. A thick black line denotes the outline of the ​“Union, Parly. & Met. Boro. Bdy.”: Chelsea was made a borough in the London Government Act of 1899, which divided the city into 28 metropolitan boroughs and the city of Westminster. Previously, local government had been overseen by the parish of St Luke’s Chelsea, which is also labelled on the map.

There is a key to the different boundaries and a scale bar at the lower edge of the map.

The map has been hand coloured to show different types of buildings and roads. Educational establishments are coloured in dark blue; parks and open ground in green; religious establishments in dark grey; docks and wharves in light grey; places of entertainment (including theatres, cinemas and libraries) in burgundy; and public houses in orange. Main roads are coloured pink, with more minor roads in light blue. A number of buildings are coloured red; these appear to be buildings that have now been demolished (or in the case of those ruled out by waving red lines, were slated for demolition or redevelopment), in order to make the streets wider. 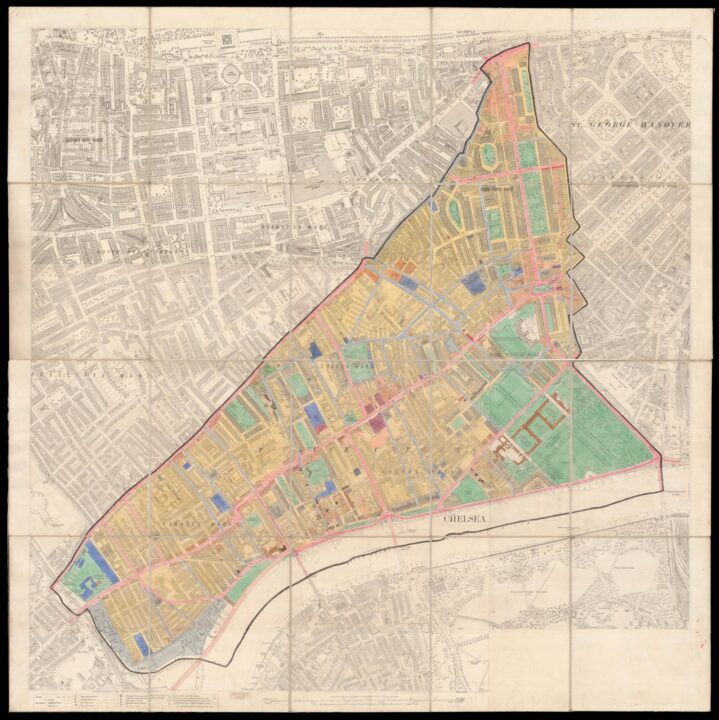