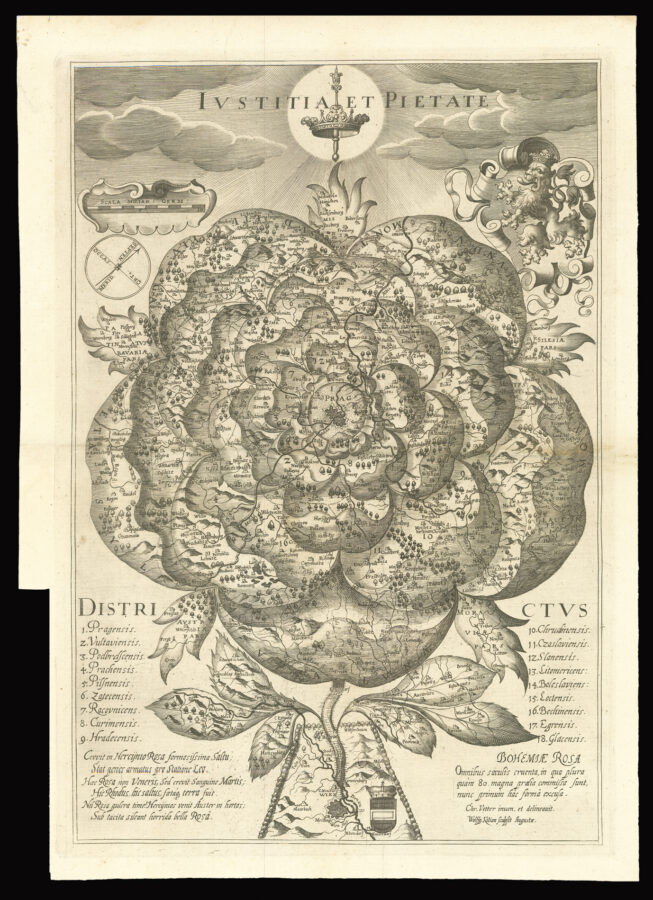 The Rose of Bohemia

A rare and beautiful map of Bohemia depicted as a stylised rose. Prague is located at the center of the rose and Vienna, the main seat of the Hapsburg Dynasty, is shown at the root. The leaves of the rose represent Moravia, Silesia, Meissen, Bavaria, and Austria. The top of the map bears the motto of the Holy Roman Emperor, Leopold I, ​“Iustitia et Pietate” (Justice and Piety), one of whose titles was King of Bohemia.

Drawn by Christoph Vetter and engraved by Wolfgang Kilian for Bohuslav Balbin’s work of national history and geography ​“Epitome Historica Rerum Bohemicarum”. The rose was a symbol of Southern Bohemia due to being the emblem of the two most powerful local families: namely the red rose of the Rozmberks and the black rose of the lords of Hradec.