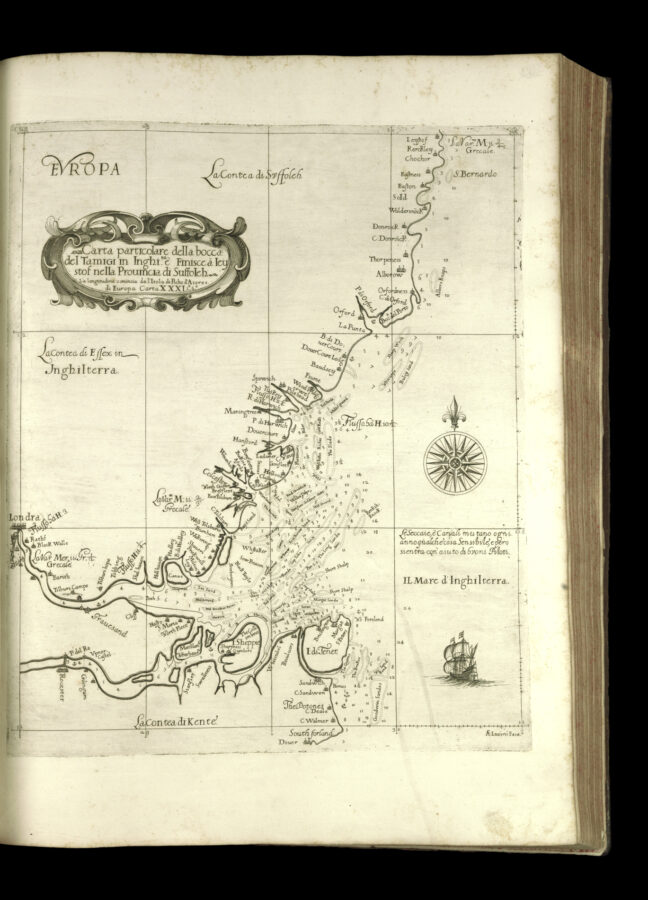 The map shows the River Thames from London and its course towards the east coast of England. It details the Thames Estuary, including the Isle of Sheppey.