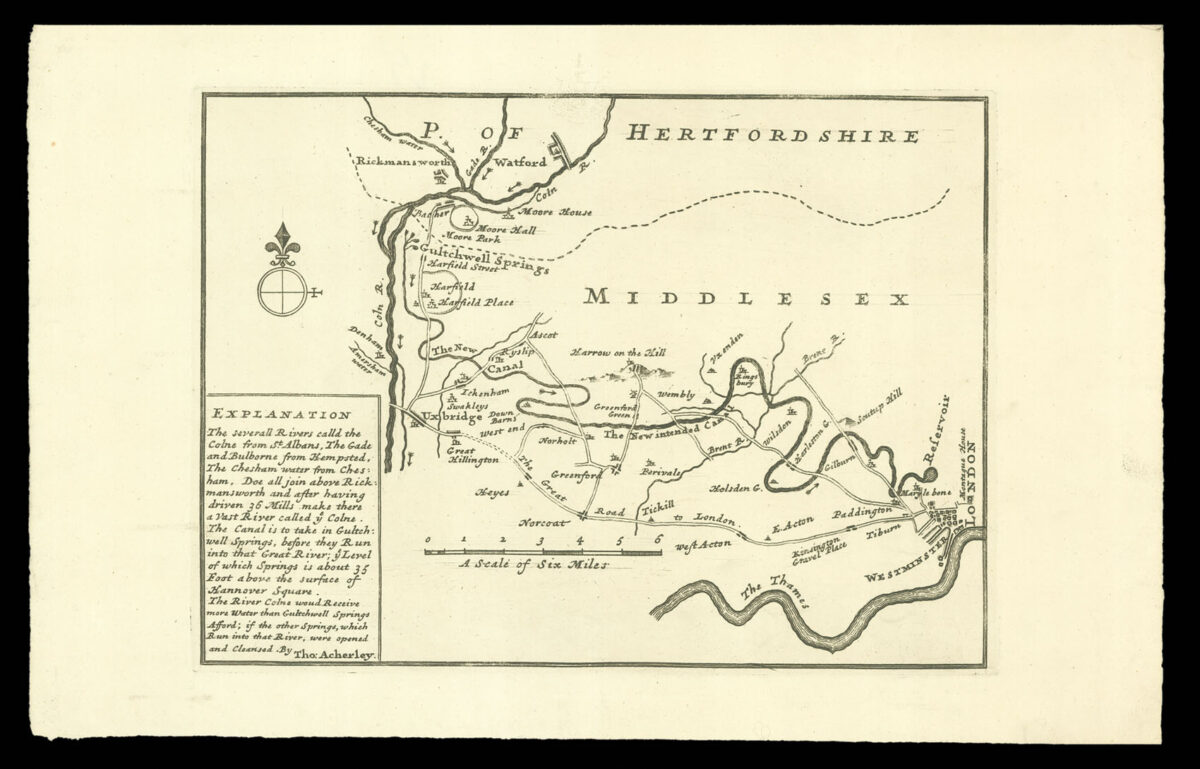 Rare map of the Colne River Navigation, constructed to illustrate Acherley’s proposals for a new canal connecting Gultchwell Springs to Hanover Square; his proposals are summarized in the ​‘EXPLANATION’, in which he notes that the “… The Canal is to take in Gultchwell Springs, before they Run into that Great River; ye Level of which Springs is about 35 Foot above the surface of Hannover Square. …”.

In answer to objections raised against his scheme, he suggests that the water lost to the River Colne could be replaced by the simple means of cleaning its tributary streams to improve their flow of water into the river.

The map, although unsigned, was engraved by Herman Moll.

The Calendar of Treasury Papers, on 30th September 1724, describes Acherley’s proposals, and appears to refer to a later ​“nicely executed plan or map which appears to have been prepared by the petitioner.”.