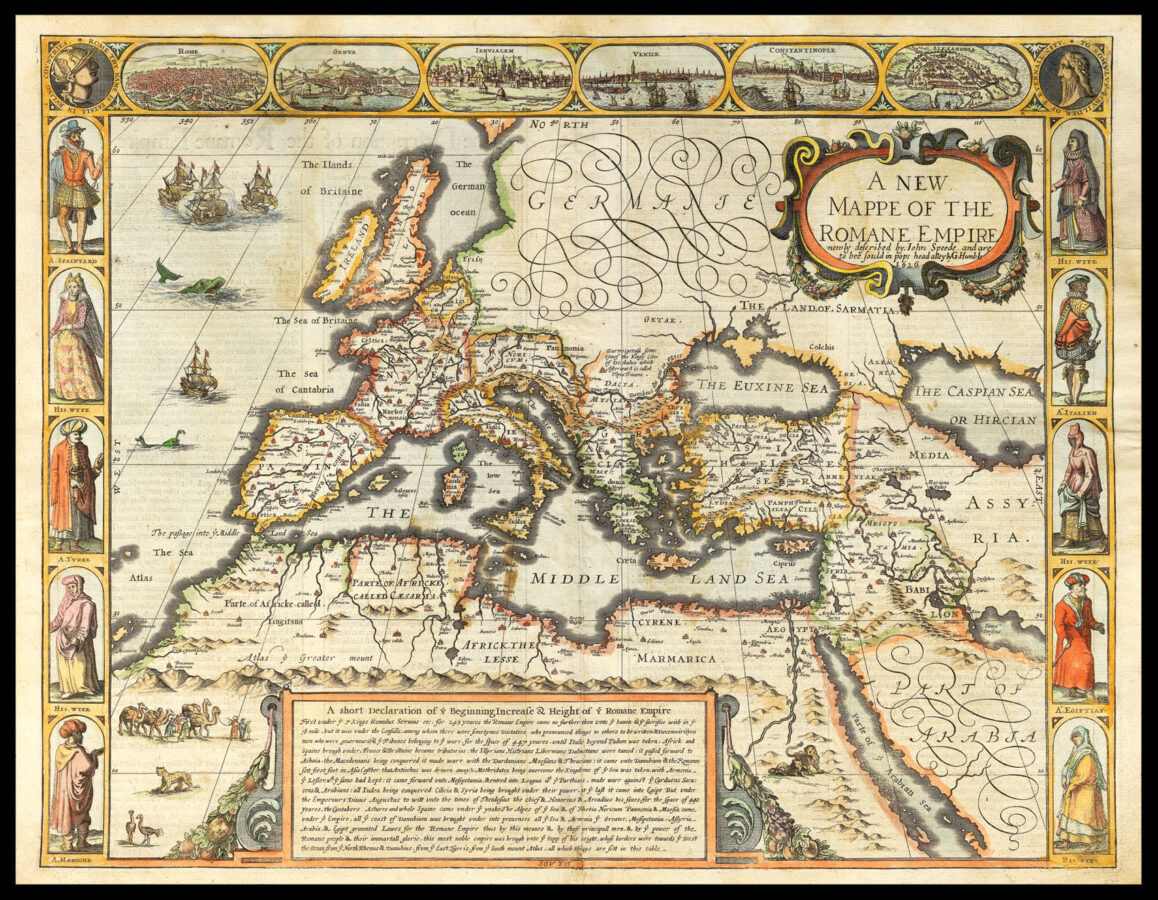 The reach of the Roman Empire

A map showing the historical extent of the Roman Empire. The decorative border contains figures in native costume from former imperial countries, and city views. Venice is included although it was not founded until the tenth century BCE, and played very little part in the Empire. A cartouche at the lower edge provides a brief history of the expansion of Roman power over Europe and Africa. In the two top corners are a fanciful portrait of Romulus, the legendary founder of Rome and a head of Roma, the female personification of the city.