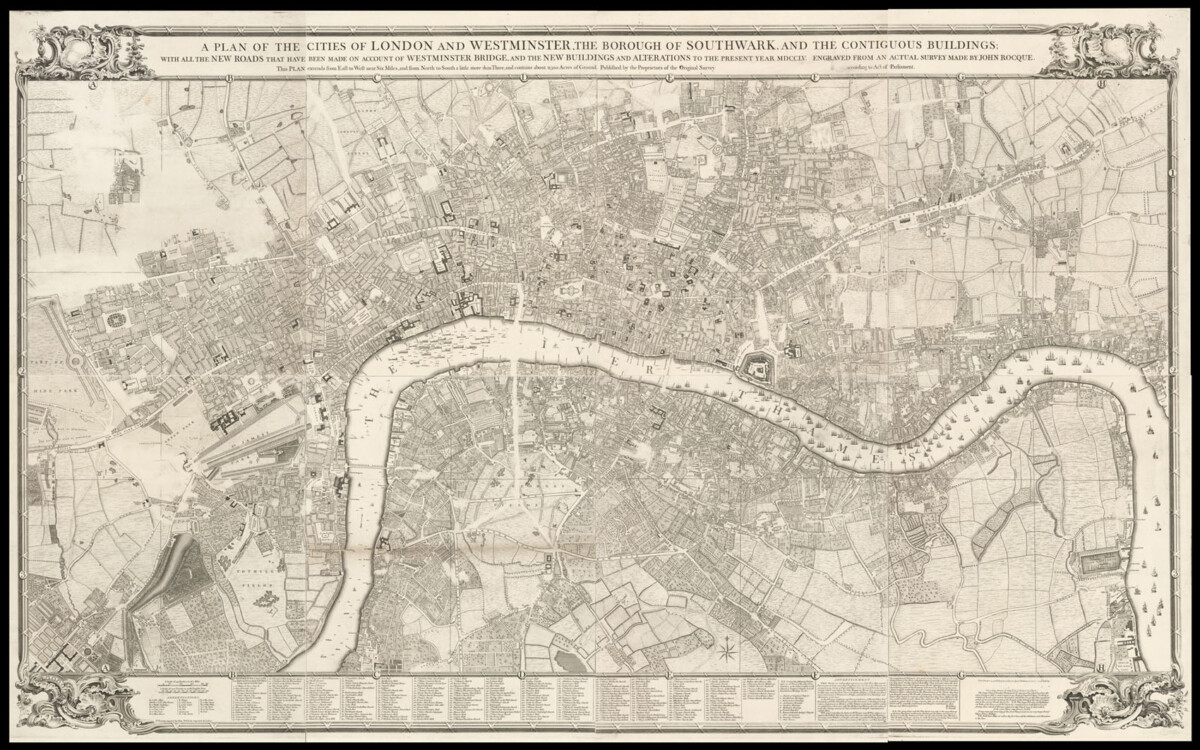 A Plan of the Cities of London and Westminster, the Borough of Southwark, and the Contiguous Buildings; with all the New Roads that have been made on account of Westminster Bridge, and the New Buildings and Alterations to the present year MDCCLV. Engraved from an Actual Survey made by John Rocque. This Plan extends from East to West near six Miles, and from North to South a little more than Three, and contains about 11,500 Acres of Ground. Published by the Proprietors of the Original Survey.

One of the finest maps of — what is now — Greater London ever produced. John Rocque, a French Huguenot, emigrated with the rest of his family to London in the 1730s, where he began to ply his trade as a surveyor of gentleman’s estates, and with plans of Kensington Gardens, and Hampton Court. However, in 1737 he applied his surveying skills to a much greater task, that of surveying the entire built-up area of London, the survey that would make his name. Begun in March of 1737, the map would take nine years to produce, eventually being engraved upon 24 sheets of copper and published in 1746. This edition was based upon Rocque’s 24 sheet plan, but was ​“improved by the Addition of all the new Roads made on account of Westminster Bridge, & all the Buildings and Alterations made since”. The advertisement goes on to reiterate Martin Folkes’s recommendation of the original plan’s great accuracy: Martin Folkes was President of the Royal Society at the time. Upon the plan are numerous erasures, most notably around Marylebone, Blackfriars Bridge, Blackfriars Road, New Bridge Street, and the London Wall. An approximate date can be ascertained due to the erasures: Blackfriars Bridge and Blackfriars Road were not open to the public until 1769.

The map is an intermediate state between Howgego 103 states (1) and (2). The erasures and change of imprint, (although not dated) give us an approximate date of 1768; therefore putting it after the first state. The imprint is again changed in state (2) and bears a date of 1775. 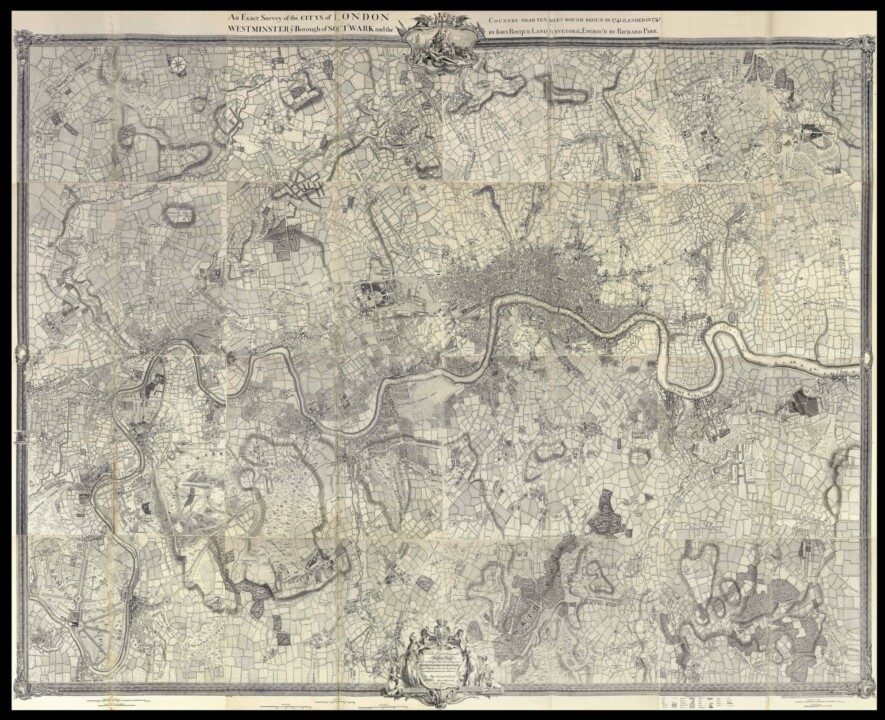